Uncalled-for attacks on the vice-president 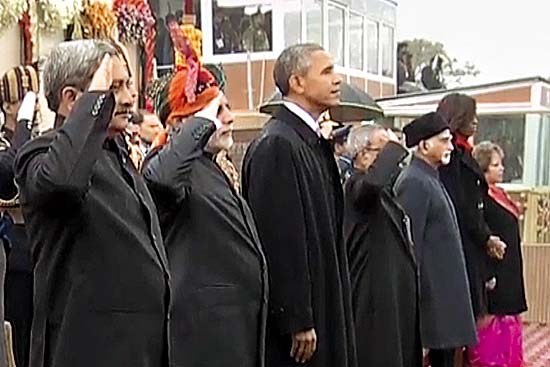 On International Yoga Day, two jarring tweets attacking Vice President Hamid Ansari left people wondering what forces were at play. The potshots came from the voluble Ram Madhav, rising star of the RSS, and Swapan Dasgupta, prominent right-leaning journalist. Both accused Ansari of skipping the yoga session on Rajpath led by prime minister Narendra Modi. They also attacked Ansari, who is chairman of the Rajya Sabha, for allegedly not having Rajya Sabha TV telecast the yoga function. But soon, the government said no invitation had been sent to the vice-president (nor to the president) because the prime minister, lower on the protocol list, was the chief guest and hence the president and vice-president could not have been present there. It also emerged that Rajya Sabha TV had in fact telecast the function live.

Here’s what the tweets said. Dasgupta: “All news channels showing Yoga Day, except India’s only taxpayer-funded Left channel: Rajya Sabha TV.” Ram Madhav, who was quick to delete this, said: “Two questions. Did RS TV dat runs on tax payers money completely black out Yoga Day event? While president participated d VP gave a miss (sic).” More significantly, the tweets were sent hours after the show was over. The jury is still out on whether the duo were misled, made a genuine mistake or released the tweets as a deliberate ‘hit and run’ attack to pile pressure and let loose the trolls on Ansari. And it does seem implausible that Dasgupta and Madhav, both considered sharp, would not have checked their information first. Moreover, they did not ask why President Pranab Mukherjee gave it a miss, hosting instead a separate yoga session at Rashtrapati Bhavan.