#MeToo: The Akbar Who Became Birbal

...but still didn’t have answers to this one. An ex-colleague on the editor-politician felled by the #MeToo storm. 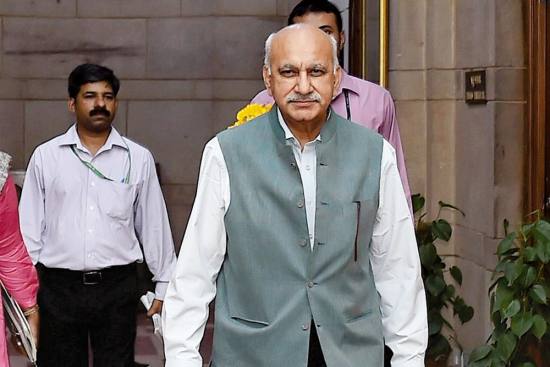 I first met M.J. Akbar on November 1, 1971. Of the six trainee English journalists who had been recruited by The Times of India group that year, Akbar was the one who was self-assured. I was 19 and did not know what the word “story” stood for in newspaper parlance when the Training Officer, Patanjali Sethi, started my initiation into the unknown world of news collection.

Most the new recruits were no different. Akbar was only a year older but he had already appeared in print at the age of 16, most notably in JS, India’s first and perhaps only genuine magazine for young people. Originally launched as Junior Statesman, the management of the staid Calcutta daily was soon forced by its youth readership to abbreviate the magazine’s name to JS. For the bubbling youth of Bombay in the 1970s, anyone who had written for JS, was “cool.”