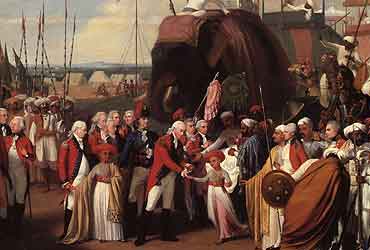 The Oxford History Of Indian Business
By Dwijendra Tripathi
Oxford University Press Rs 1,500; pp: 382
Dwijendra Tripathi is the doyen of business history in India. He taught it at iim, Ahmedabad; he guided a number of PhD students and ran annual seminars on the subject. He earlier published histories of Indian business communities and of the relations between business and government. But despite all this, he continued to plough a lonely furrow; when he retired, IIM-A stopped teaching the subject.

Economic history is a very live subject in India. But business history—the history of businessmen, enterprises, industries and markets—has not attracted much work, largely because no one apart from Tripathi taught it. So he was the only man who could have written this book.

He begins with a survey of Indian business before the British. Here we have records of some rich and powerful businessmen from the East India Company records. Transport in India at that time was atrocious and political conditions became increasingly unstable. So Tripathi is right to paint an anaemic picture of Indian business.

But India was a formidable exporter of textiles right till the late 18th century; it clothed the poor of the West. Those enormous exports couldn’t have taken place without businessmen. Some details of Indians trading right up to Moscow along the land route have emerged from Russian records. The Aligarh school puts the agricultural surplus of Mughal India at 1/2 to 2/3; even if we take it to have been less, it must have supported a large non-agricultural class and consumption of non-agricultural goods; they must have been produced and traded. I’d have liked to see a less peripheral view of pre-British Indian business.

Tripathi describes the rise of British agency houses in the late 18th century. He concentrates on three: Forbes in Bombay, Parry’s in Madras and William Palmer in Calcutta. These were the premier agencies of that time and give a flavour of British business in India. But, as Tripathi says, there were some 60 agencies. They established not only the indigo industry, but also tea, jute, coal and mica. They survived well into the 20th century. They were the most loyal of businessmen, and had a good deal of influence on the British Indian government.

Their interests generally conflicted with those of Indian businessmen, whose nationalism was sharpened by the British government’s promotion of British Indian business. The government of newly independent India snuffed them out in the late 1950s by means of exchange control, amendments to company law and prohibition of managing agents. Yet they were important enough to have merited a more extended treatment.

Minorities flourished in business under the British. The Jews had a solid base in the Malabar spice business; Tripathi rightly highlights the Sassoons, but there were Jews in India for 2,000 years before the Sassoons arrived. Tripathi gives the Armenians a few lines; but Jacob Seth wrote a fascinating and informative book on them in the 1930s.

Tripathi also covers the prominent Parsi industrialists; but there were hundreds, perhaps thousands of Parsi businessmen; the streets of south Bombay were full of them in my childhood. Their transformation from peasants in south Gujarat to horse-racing tycoons is a remarkable story. Independent India has been inhospitable to minorities; all except the Parsis to a small extent have been swept into the bin of history. More reason why they should have found some space in a history of Indian business.

Tripathi’s forte is modern Indian business—the emergence of the great business houses in the late 19th and early 20th century, and their transformation into conglomerates in the past 50 years. He has studied their emergence, and their varying roles in the last years of British imperialism. He knows their strengths and weaknesses—in particular, their technological lethargy. It is on the evolution of the business houses that Tripathi is best.

However, by the time Tripathi comes to the last half century, he is too close to the end and compresses it into 40 pages. All the major players are there, as are the important developments. But there is a story of the interplay of business and politics, of the construction of the intrusive State and the businessmen’s coming to terms with it, which is as interesting as the earlier story Tripathi tells about the British times; he could have dwelt more on the dynamics of the socialist age.

But this is a story still being written. Post liberalisation, Indian business houses have gone through wrenching times. Some are almost extinct; others won’t be recognised when they finish adapting. So I hope Tripathi will carry the story forward in a sequel. Meanwhile, this book will remain a leading reference on Indian business history.

It's Jingles All The Way