Plays far better than the second part but is not quite a patch on the first. 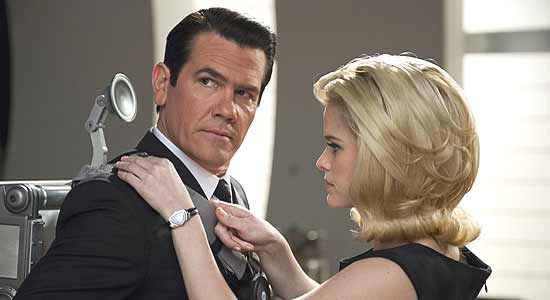 Agents J and K return with their dark glasses and sharp suits and offer just about adequate doses of fun, action, funky gadgetry and SFX, in the third of the Men In Black series. J (Will Smith) is as cool, hip and sharp as ever, and K (Tommy Lee Jones) as unfathomable. And, of course, there are those friendly (and not-so-friendly) neighbourhood aliens to give them, and us, company. For a change, we get to see a bit more of K in this film in a Back to The Future kind of time-travel way. Josh Brolin steps in to play K’s younger self and very impressively walks away with our attention and appreciation and, literally, the film. As a trade-off, Lee Jones gets sidelined. The villain is Boris The Animal, who was nabbed by K in 1969. Having managed to escape, Boris bays for K’s blood and J has to go back in time to change the course of his partner’s life and save him, mankind and planet earth. MIB 3 is a film that bats straight and simple instead of taking itself too seriously. So you enjoy it so long as you don’t question too much and too hard. In fact, it plays far better than the second part but is not quite a patch on the first.