Me Too An IIT

With the success of its students, many countries now want an IIT of their own 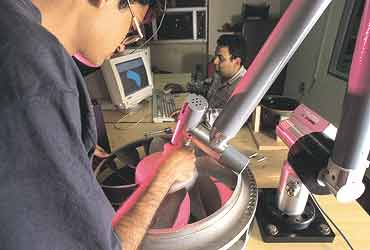 outlookindia.com
-0001-11-30T00:00:00+0553
Brain drain also has a flip side. Thanks to the men and women who pass out every year from the Indian Institutes of Technology, Brand IIT has acquired an international aura. From Microsoft to Bell, everyone swears by IITians. No wonder then that the government is flooded with requests from many countries—Singapore, Mauritius, the UAE and Sri Lanka to name some—to set up IITs in their countries.

The recent proposals are quite unique—the assistance they are asking for is not merely to set up technology institutes on foreign shores, but also to get a share of the IIT brand name. If the proposals are finalised then you will have, for instance, an Indian Institute of Technology course in Singapore. This, according to the Human Resource Development (HRD) ministry, is a tribute to the quality of teaching in our IITs and also the success of its alumni at the international level.

While most foreign offers are still at the proposal stage, negotiations with Singapore are under way and are expected to reach a concrete level soon. According to HRD ministry sources, the tie-up will be finalised between IIT Bombay and the National University of Singapore (NUS) by next month. The negotiations are part of the Indo-Singapore Comprehensive Economic Cooperation Agreement (CECA).

"Talks are on to begin a post-graduate degree course. The space will be provided by the NUS. The modalities of how the credit for the degree course will be transferred, what kind of resources will be shared and what facilities will be transferred are being worked out," says an HRD official. Sending teaching staff to get the course off the ground is also being planned.

The recent foreign proposals under consideration are different from the collaborations individual IITs have with foreign universities and institutions. Some IITs, like Delhi, have a number of collaborative research projects with institutions in Austria, France, Germany, the Netherlands, Norway, Sweden, UK, and US. But they are limited agreements involving students and faculty exchange, joint research and fellowships for training.

Actually, the situation pertaining to the undergraduate courses is such that the existing resources in the IITs are not sufficient to accommodate the domestic demand. Almost all IITs are desperate for teachers as none of their graduates want to teach there. Also, there is the pressure to extend the IITs to every nook and corner of the country. "Every Member of Parliament wants an IIT in his constituency. We have received demands from every state in India to set up IITs," says an official. 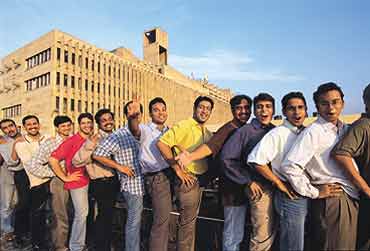 While on paper the export of Brand IIT does look impressive, the ministry says it wants some gains from such collaborations for its students. "We have to see how we gain from such collaborations. You see, not many undergraduates from IITs opt to do their MTech and PhDs from the same institutes. They either go abroad, do their mbas or work in MNCs. So, most students who do their post-graduation from IITs are those from the regional National Institutes of Technology (NITS)," says an official. By tying up with the National University of Singapore, IIT Bombay is looking to augment its post-graduate degree course. "Singapore has a solid industrial base. We hope that research programmes in IITs will get a fillip and become more industry-oriented if one ties up with a country like Singapore," says the HRD ministry source.

The proposals from Mauritius, the UAE and other countries are not specific. The ministry will take a decision on them after the committee to assess the upgradation of five regional technical institutes to the IIT-level gives its report. Former prime minister A.B. Vajpayee had made a commitment to upgrade five technical institutes to the IIT-level in August 2003. A committee, headed by Prof S. K. Joshi of IIT Roorkee, was set up to assess various institutions and suggest which ones can come up to the IIT standard.

This report is awaited by this month-end. But the present view in the HRD ministry is to go "very slow" on any expansion plans for IITs. "The proposal with Singapore has been finalised after great deliberation. We do not want IITs to lose their prestige by huge expansions. First, we should concentrate on preserving the prestige, tackle problems like the lack of teaching faculty and then think about expanding the brand," says an official.

"Dilution" of the brand is a serious threat which is why the government seems reluctant even to upgrade the five domestic technical institutes. Ministry officials believe that upgradation would be possible in the case of only one or two of them. "In the last 20 years, the government has added only two more IITs—IIT Roorkee and IIT Guwahati. There was not much problem in upgrading the Roorkee engineering college as it was at par with the IITs. But IIT Guwahati is still struggling to match the exacting standards set for the IITs. Not many faculty members are ready to go there," says an official.

In such circumstances, proposals from Mauritius, the UAE and Sri Lanka will have to wait while the government deliberates on its expansion programme. The biggest challenge is to cash in on Brand IIT without losing its equity.

'History Is No Longer Necessary'