About 63 per cent of the population in Mauritius is Indian-origin. Where’s their Indianness gone? 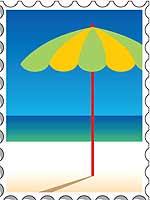 A bus with ‘La Perle de la Savanne’ painted down its back and sides trundles down the road and we crawl in its wake. Behind us, many others as patient. There’s no honking nor any attempts to overtake the bus. This wouldn’t be so mystifying if about 63 per cent of the population in Mauritius were not Indian-origin. Where’s their Indianness gone? Why isn’t anyone shooting jets of scarlet spittle or peeing into roadside walls? I travel across the island, see no garbage heaps. And oh—nobody’s groping women. I feel safe enough to take taxis alone across the country, safe enough to sail to another island on a motorboat where the only other passengers are the Creole boatman and his buddy. Jade, celadon, sapphire and turquoise melt and mingle in the sea under a sky as blue as a kingfisher’s wing. We make our crossing. The water’s clear enough to see fish flitting past corals. No hint of floating rubbish.

Indian-origin people in Mauritius are descended from indentured lab­ourers who migrated there after the abolition of slavery in 1835. Indentured labour was less savage than slavery. The migrants were not coerced or kidnapped, they chose to come. And although conditions were harsh and they often lost contact with relatives, they weren’t imprisoned or denied their traditions. By the 1920s, about five lakh people from India had settled in Mauritius. Today, highways cut through sugarcane fields tranquil in silvery arcs from sprinklers. But take a look at any forest land and you realise what torment it was to hack fields out of that impregnable tropical jungle.

A Tale of Courage

As I was about to leave, Alain Gordon-Gentil, writer and cultural councillor, gifted me a DVD of his film about Indian indentured labourers. Many descendants long to return to their roots: “Setting foot on the land of one’s ancestors is an intensely emotional experience.” Goorooduth Chuttoo, who farms seven acres of land, describes how he visited his ancestral Bihar village some years ago, only to find starving relatives living in poverty. Their mud huts were like relics from the nineteenth-century labour camps in Mauritius. Only then did he appreciate his luck: “If my family hadn’t come to Mauritius, perhaps I would have been a rickshawpuller in India.” The celebrated Mauritian writer Nathacha Appanah, whose first novel is about the journey of indentured labourers, says, “I never felt it was a sad story...(I thought of) their courage—having the courage to cross the black water, take the boat.”

Indians were not the only migrants to Mauritius in the 19th century, people came from Madagascar, Mozambique, China and elsewhere. It is fascinating to see how fluently they switch languages here, from French to Creole to English, even Hindi. In my taxi, a lugubrious voice announces local deaths and funeral details; when I beg for something more cheerful, the channel changes to dhak-dhak music from Bollywood. Newspapers report the doings of Kareena and Deepika, banners proclaim a pious Sivaratri, and there are Hindu temples everywhere. As Nathacha drives me around the countryside, we pass a building with a simple wooden cross outside. The thatched roof has to be replaced often, she says, because cyclones blow it away. Under the roof is a peaceful little church that smells of hay. Outside, below an almond tree, is installed a colourful statue of Madonna and Child. From the church onward to Le Morne, a forbidding cliff sheltering caves and overhangs where runaway slaves used to hide. On February 1, 1835, a police party searched out the slaves in hiding to tell them they were finally free. Thinking this a ruse, the terrified slaves jumped to their death from the cliff.

The land sweeps far into the distance, ringed by spiky volcanic hills, uninterr­upted by buildings. The sky looks bigger, the moon hangs low among a billion stars, double its normal size. All of this might change. Infotech tower blocks are coming up: the government wants Mauritius to turn into Singapore, someone says. The South Africans are building luxury villas and clubs for their exclusive use. Locals complain their beaches are overrun, their best produce exported. At the prime minister’s house, angst doesn’t int­rude. The evening is cool, someone’s strumming jazz, fretworked balustrades separate the verandah from a banyan-treed garden. A dreadlocked art­ist from Reunion shows me a diary filled with drawings. A French writer looks over our shoulders. The literary festival I’m here for is at the Swami Vivekananda Centre and Nehru Hospital is nearby. Dinner could be dholl puri or octopus curry, then tartes tatin, vanilla tea. Perhaps some Phoenix beer too.

My five-star hotel is hospitable to strays. I’m feeding the visiting cat when a hedgehog muscles in. Cat retreats without a fight.

Anuradha Roy is the author of An Atlas of Impossible Longing; E-mail your diarist: nura.roy [AT] gmail [DOT] com