Marriage Is A Box Of Chocolates

Conjugal life will never stop throwing curveballs at you. You’ll enjoy some and barely tolerate others as you learn to become adults together. 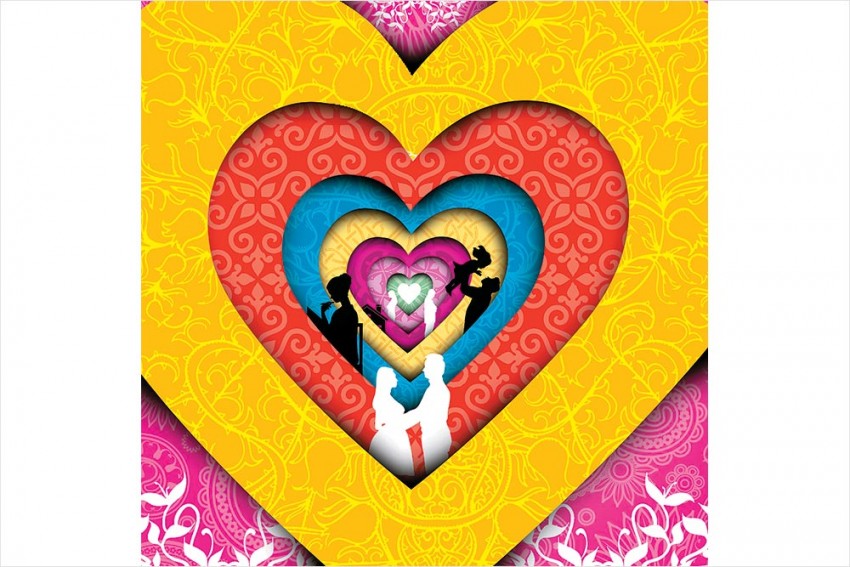 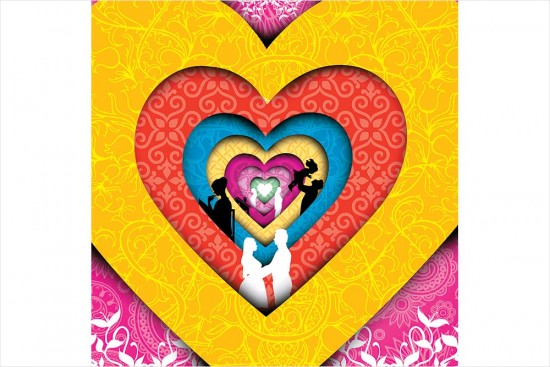 I hate attending weddings. They are phony, wasteful and irrelevant affairs and I really don’t understand why people work so hard to get rid of their money overnight.

The only wedding I didn’t mind so much was my own. It had its moments. My friend Reena was still fixing the last safety pins on my cream and gold dup­atta when a couple of grown women barged into the dressing room and enthusiastically addressed me as “Mami!” Apparently they were thrilled to be my new nieces. The shy, beatific bride face that I had been practising disintegrated in shock.

Many hours later, there was the moment when someone handed me a plateful of biryani and it began to feel like maybe it was all going to be worthwhile. It turned out to be impossible to put anything other than a few bits of flavoured rice between my lips because of the larger-­than-my-cheek nose ring that I had been balancing on my left nostril. My newly minted, sherwani-clad husband helped me eat, and I was relieved to find that underneath the costume, it was the same guy after all. Someone took a photo of the mom­ent. Years later, you can’t tell how petrified we both were at that time, as we giggle at each other with a spoonful of biryani balanced between us.

And finally there was my father. All through my childhood, he had created confusion by wiping his own tears at scenes in the movies when a bedecked but distraught bride is separated from her helpless parents during the bidai. Now, when it was time for his only daughter to leave the marriage venue, he decided to look utterly exuberant and fulfilled.

Maybe it was because we were stepping into a car we had borrowed from my friend Geet, and were going to drive across town, drop my new in-laws off at their home and come back to my own apartment in the city. Who knows? I would have appreciated some sombreness from my brother and father, but alas, there was none.

When does a marriage become ­itself? After your first full-blown fight? Or after the kids have moved out?

So really, to borrow from a famous proverb, marriage is like a box of chocolates. Most of us love only one type out of the mixed assortment, and can barely tolerate the rest. Often we read the labels too late and have to smile through the fruits, nuts and dates hidden within the devious packaging. Some of us choose to throw tantrums instead.

The reason I am grumpy about attending weddings is that they seem to have no connection to what marriage is really all about eventually. I am snooty about wedding buffet spreads. More importantly, I am impatient for the real thing. When does a marriage really begin to become itself?

Does it start when the festivities are over, the wedding gifts have been put away in lofts, and one returns to wearing regular clothes and walking into the jostle of rush hour traffic to get back to work? Does the transition happen when the bride takes off those ­identifying red and white plastic bangles that seem to have become so ubiquitous on the wrists of newly married women in north India? Or does one really arrive when you have your first full-blown fight and feel the whiplash of how badly it throws you off? Is it further down the road, on that morning when you realise with relief that you have slept soundly all night without having bothered to resolve that nasty argument that had shaken the walls of your home the previous night? You’re no longer afraid of being abandoned due to a disagreement.

For some, it feels like a new beginning when the children move out of the bedroom and they ­discover that perhaps this is what a real honeymoon is supposed to feel like. Your own bed, in your own home, all to yourself. (This doesn’t last. The kids keep returning with some excuse or the other. The last time I moved into my parents’ bedroom was when I was pregnant with my third baby, so it’s a long haul, folks.)

Does marriage start when the you run out of the youthful enthusiasm of fighting like equals and start faking agreement with each other, just so that the other will leave you alone to do things your own way? Perhaps now being married can also mean being free, like our parents had promised when they asked us to postpone our right to basic human liberties till we grew up and got married.

Put the women and children in the centre. Relegating them to the margins locks us into the cycle of domination.

My aunt tells me that her marriage to her beloved husband really found its home when their ­daughters had got married and moved to other countries and her in-laws had passed on. She glows like a bride even as she talks about her knee ­replacement surgery. “Your generation has no ­patience,” she says. I save up the same sentence for the generation after mine. I am prepared to be judged, just as I judge my own aunt.

I have friends who are doing a great job of being married to each other after they have been separated and finally divorced. They share childcare duties, go for family therapy together, and make everyone else jealous of how supportive they are of each other. Their children tell them that they have too much in common.

Their relationship is fragile but their love is ­unbreakable, I had thought about them at first. Or is it the other way around? Their love broke, but the relationship endures.

In the beginning, we all set too much store by love. We don’t know how to recognise it. Popular culture has deceived us. We betray our own expectations. Nothing seems to work for too long.

Marriage was supposed to be about creating a home, doing smart finances, travelling together, looking good, creating Facebook albums and tweeting secretly, right? Well, I won’t say wrong. Its about all this and more. Often it is about less.

The first time I called my therapist for help, she left me with words I  struggled to understand. We had moved homes, our children were very young, I was struggling to keep things together at home and work and I called her because I knew I needed help.

“You have to examine the structure of your marriage,” she said to me.

“Confusion is good,” she had said. “It’s like a fog, stopping you from choosing a path that will lead nowhere. Stop where you are. Perhaps you need to change the design of your life.”

I hadn’t thought about the structure of a marriage till then. It hadn’t yet occurred to me that there were ­variations possible in its design. I was still a newbie. It was a surprise to find out that there were various routes that I could choose. I could pause. I didn’t have to get stuck every day.

A decade later, if you give me two minutes to talk about marriage and how we can make it work, I have an answer ready. Put the women and the children in the centre of the family circle, I will say. Their presence and their needs have been marginalised for too long. This is the root cause of mental illness, of childhood trauma, of loneliness and isolation within our most intimate spaces. It locks us into the cycle of domination and coercion, as men and women bec­ome victims and perpetrators, turn by turn.

A good marriage teaches us a new vocabulary. New ways to behave. To learn to take what we need. It makes activists out of us. Once we begin to see how patriarchal structures and roles undermine our individual growth, we learn to question it in society and culture too. Our survival depends on this.

You know you are in a good marriage if everything and everyone seems to be changing all the time. Change is growth. It needs space. And security.

The timid one becomes ready to grow out into a tig­ress. The outgoing one wants to reveal his most basic insecurities. Traumas of the past return and demand healing. Our childhood biases return like a security blanket. We didn’t sign up for a string of surprises all life long, and yet that’s what we find in the fine print that’s part of this package deal called marriage.

Marriage isn’t just about being parents together. Or about being our inner child together. It is also about ­learning to become adults. It demands separateness. Being able to go off on one’s own path without fear of ­repercussions. That is part of the liberty we all need from life. It’s the best part in this box of chocolates called marriage.

(The writer is an independent filmmaker and ­columnist, and the author of My Daughters’ Mum)

An Old-Fashioned Take On Love