...and other essays. A pocketful of sahibs thru the ages on the well-trodden India Detour 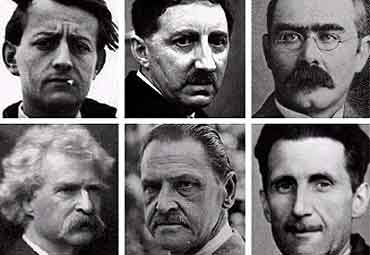 India In Mind: An Anthology
By Pankaj Mishra
Picador India Pages: 335; Rs 275
Decideing what should go into an anthology of foreign writing on India must be a bit like adjudicating India’s holiest cow, or its most colourfully decorated Tata lorry. It would take a long time. And nobody would agree with the selection.

Against that impossible yardstick, Pankaj Mishra’s choices come as a pleasant surprise. Although there are a number of regular suspects like Paul Scott, V.S. Naipaul, Ruth Prawer Jhabvala and Rudyard Kipling, they are equalled by the unexpected.

I had no idea Paul Bowles, Claude Levi Strauss or Andre Malraux had ever visited India, let alone written about it. Some of the writers, such as Alan Ross, a post-war literary editor in London who spent a humid infancy in Calcutta, and J.R. Ackerley, author of the inter-war Hindoo Holiday, a popular comic memoir of the time, I had never heard of.

With the exception of George Orwell’s unforgettable essay, Shooting an Elephant, and a passage from Kipling’s Kim, Mishra takes care to avoid playing the signature tunes of the well-known authors. It is nice to have one’s expectations belied.

Thus from Naipaul we have an "almost childlike" piece of writing about staying in a houseboat on Lake Dal. "When the wind blew across the lake the young reeds swayed, on the rippled water reflections were abolished; the magenta discs of the lotus curled upwards; and all the craft on the lake made for shelter."

From Mark Twain, we have a ghoulish eye-witness account of a Parsee funeral in Bombay (preceded, admittedly, by a more Twainesque piece of comedy about the difficulties of communicating in pidgin English with a succession of Indian bearers).

Twain’s observations on Indian agriculture should still be required reading for Bihar’s administrators: "Its stupendous population consists of farm labourers. India is one vast farm—one almost interminable stretch of fields with mud fences between.... Consider what an incredible aggregate of poverty they place before you."

And from Somerset Maugham, we have a cheerful account of how Catholics in Goa are more than mere Catholics. "I got the feeling that even though there were 400 years of Catholicism behind him, he was still at heart a Vedantist," said Maugham of a (Brahmin) pastor.

The most amusing is E.M. Forster’s poker-faced account of a visit to the ancient ruins in Ujjain during which, to the author’s concern, his horse and driver keep wandering off in separate directions. But they somehow find each other and the driver looks not the slightest bit surprised.

To Forster, the surrounding Gangetic plains are impossible to read. "The plain lacks the romance of solitude. Desolate at first glance, it conceals numberless groups of a few men.... In the evenings the villages stand out and call to one another across emptiness with drums and fires."

Of the contemporary authors, travel writer Jan Morris comes across as the most humorous. It is a discipline to write of India’s bureaucracy without giving in to rancorous generalisations. But sometimes—having tried and failed on several occasions to get the slightest assistance from Delhi’s tourist office—even Ms Morris loses her humour: "‘This map,’ says one Delhi tourist publication, ‘is published for tourists as a master guide and not as a legal tender’—and there, in its mixture of the interfering, the pedantic, the unnecessary and the absurd, speaks the true voice of Indian officialdom."

But without doubt the pick is Orwell who stands apart because of the unwavering directness and clarity of his writing. In his conscious avoidance of artifice and the unerring sense that he wants to make you understand, Orwell’s essay is that cold shower you take after a long spell in the sauna.

After a while travel writing is just travel writing and, as Mishra points out, it usually tells you as much, if not more, about the author as it does its subject. In contrast, Orwell’s writing provides a rooted perspective since it is taken from his experience as a police officer of the Raj.

About which Orwell makes no bones: "In a job like that you see the dirty work of Empire at close quarters." In this instance, Orwell is pressured by hundreds of Burmese villagers against his will into shooting an elephant that had earlier been on the rampage. He does so unnecessarily, since the elephant is no longer a risk.

"I perceived in this moment that when the white man turns tyrant it is his own freedom that he destroys. He becomes a sort of hollow, posing dummy, the conventional figure of a Sahib." The imperialist as victim? Gandhi said so many times.