Many Wrinkles In History

Indianness cannot be a fixity or a dogma. It remains with us as a magic puzzle 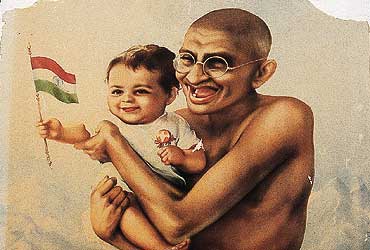 Does such a key exist? For Coomaraswamy it lay not in race, religion, or language, but in the realm of aesthetics: in a history of artistic shaping that, in his energetic and deft hands, was to be invented and henceforth known as 'Indian Art'—one whose distinctive quality or Indianness was seen to lie in its spiritual concerns. But Coomaraswamy's answer to the puzzle of Indian variety was only one among many, and other claims to have found the key flew thick and fast in the early decades of the twentieth century.

For a great many, it lay invariably in some image of tradition and of the past. It became, for those so inclined, all-too-easy to conflate Indian traditions with religion, and in particular with some version or other of Hindu belief and practice. Traditional India was declared to be a Hindu India: and it was from this makebelieve traditional land of the past that a contemporary nation might be contrived. Such equivalences were, of course, based on heavily selective and partial (but rarely acknowledged) choices from the manifold variety of Indian pasts. Those who favoured such views tended to pass over the internal plurality of Hindu beliefs, and preferred to stress territorial origin and broad cultural commonalties in order to forge a new and deeply untraditional political Hinduism. They ignored too the fact that—if prepared to look—one might find also in India's past important literary and philosophical traditions which justified atheism and agnosticism, and which criticised dogma and the failure to use one's reason.