Home  »  Magazine  »  Books  » The Journo Writer »  Manuscripts From The Newsroom

Manuscripts From The Newsroom

Aided by experience and publishing opportunities, journalists are penning down books like never before 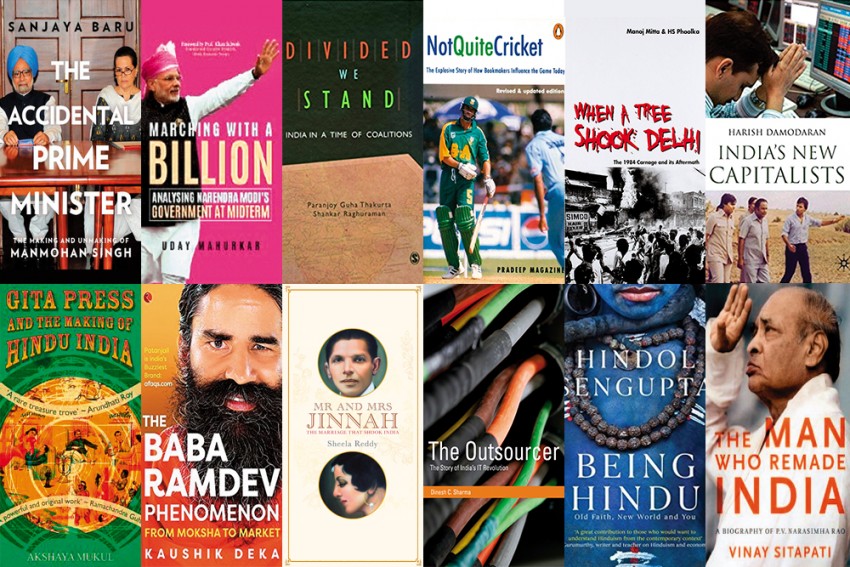 All The President’s Men, by Carl Bernstein and Bob Woodward, the Washington Post journalists investigating the Watergate scandal which led to the impeachment of President Nixon, shook the world when it came out in 1974. John Hersey’s Hiroshima opened the world’s eyes to the horrors of an atomic attack. Polish reporter Richard Kapuscinski’s The Shadow of the Sun introduced Africa to the rest of the world. There are countless other journalists such as Hunter S. Thompson, Gay Talese, Vasily Grossman, ­David­ Halbertstam, and more recently Naomi Klein with her The Shock Doctrine and Mei Fong with One Child: China’s Most Radical Experiment, whose books have been pathbreaking.

In India too, many journalists like Dhiren Bhagat, M.J. Akbar and Mrinal Pande have written memorable books. But the trend has really caught on now. So much so, a journalist without a book to his or her name almost feels insecure. “Across all other democracies journalists have written books for over 40 years now. This, for Indian journalists, changed only in the last 15 years, and has picked up great pace in the last few years,” says Ramachandra Guha, historian, writer and managing trustee of the New India Foundation that offers ann­ual fellowships to inspire book writing. “I wish we could have had journalists like Sham Lal and K.N. Prabhu write books now,” Guha laments.

It is a welcome trend for everyone in the industry and all agree that the full potential of it is yet to be realised. “Journalists have always written books, although the idea became more pronounced with the explosion of offline and online media, and the sheer number of working journalists with domain exp­ertise,” says Kanishka Gupta, a literary agent who has a number of journalists in his authors list. Others believe the boom in the publishing industry has also been a driving force. “There are almost 30 to 40 publishers now, producing 200 to 300 books annually. All of them are hungry for writers, and journalists around them become the first picks,” says senior journalist Sheela Reddy, who recently came out with a hit book on the unhappy marriage of Mr and Mrs Jinnah.

And why not? Harish Damodaran, with The Indian Express newspaper, one of the few who bagged the New India Foundation Fellowship, and authored the widely acclaimed India’s New Capitalists, points out that another advantage journalists have is their access. “As journalists we can get information and access to people,” he says. “And these are perhaps two of the most important aspects in non-­fiction writing,” says Kapish Mehra, managing director, Rupa Publications.

Often enough, the literary ideas of journalists spring from their daily work. Like in the case of Damodaran who had begun working on a list of businessmen and where they came from for an edit piece he was writing. “I got so much insight into the world with the help of other journalists I called to compile the list that it soon became a 15,000-word paper,” says Damodaran. A colleague recommended applying for the fellowship, and six months of travel later, he had almost 60 per cent of the book. Senior journalist Manoj Mitta, who has two books to his credit—When a Tree Shook Delhi and The Fiction of Fact-finding: Modi and Godhra—too found inspiration in his day-to-day reporting. “When ­reporting the 1984 anti-Sikh carnage, the death toll was irrefutable and yet case ­after case saw acquittal. As journalists we can only state facts, but I felt a need to put together missing strands for a lar­ger, ­nuanced picture,” says Mitta. Rana Ayyub’s first book was an investigation that her ­organisation refused to publish. “I needed the evidence of my sting operation to be made public and there was so much I couldn’t report,” says Ayyub. She had to self-publish Gujarat Files. For other journalists too, writing books has come organically. Political journalist Uday Mahurkar, for instance, wrote Marching with a Billion: Analysing Narendra Modi’s Government at Midterm, which became an instant hit. Economic journalist Hindol Sengupta has chronicled the present regime in a series of books like Being Hindu: Old Faith, New World and Recasting India. Journalist and commentator Rahul Pandita’s Our Moon Has Blood Clots on the exodus of Kashmiri Pandits from the Valley too found many takers. “Writing short ­reports and articles that newspapers and magazines require is not satisfying,” says journalist Akshaya Mukul, who wrote the award-winning Gita Press and the Making of Hindu India last year. “You are doing the same thing again and again, and a book stimulates you to do more,” he says. Reddy too began to write her book to challenge herself. “I became too comfortable writing my regular stories and felt like I had learnt all I had to at the job,” she says. For both, their books stemmed from a place of int­rigue about the subject, which coupled with their journalistic ability to research and report resulted in the final product. “My father, a follower of Kabir, would talk about the Gita Press. Somewhere it stayed with me. Gita Press is the largest publisher of Hindu religious texts and yet it had not received much attention. That ­attr­acted me. And later research changed my ­perception of it. What I had imagined to be a story of philanthropy became a political project, about a tool of the Hindu Right,” says Mukul. It was a story ­waiting to be written. Similarly, Reddy found gold in the letters written by Ruttie to Jinnah in the Nehru arch­ives. “I was only the second person to have checked them out!” she exclaims.

Unlike daily or weekly articles, books require time. It took both Mukul and Reddy almost five years to join all the dots. Mitta tracked the happenings in the 1984 carnage for over 20 years before he came close to gathering all the material on it. Writing books also involved long travels. Reddy recalls finding some of the most important material in the Karachi University archives that had a book collection of Ruttie and Jinnah.

Reddy had got an advance for her ­research, but most journalists have to spend their own money. “The economics of writing and publishing have never been good. Anyone who gets into it wanting to make money is sure to be blindsided,” says Damodaran, who can’t quit his job and work solely on his next book because of an EMI. For now he sticks to research in the mornings and evenings between work. Ayyub mentions having to take loans to self-publish her book.

“Unless it’s a star biography, or autobiography, or an extremely current book, we are looking at 5,000 to 10,000 copies on the higher side,” says Gupta about the market for these books.

Publishers also take a fair share of risk while working with journalists. “I have burnt my fingers signing journalists who show great interest at the contract signing stage but don’t have the discipline to complete a full-length work,” says Gupta. Then, there’s the tricky business of books on controversial subjects, with a fair few examples that have run into trouble in defamations suits or outright bans.

Yet, all the risks haven’t stopped the steady increase in the number of journalists writing books. In fact, with the growing trend of quick, newsy books, the numbers being written have almost doubled. There may be a few who are just riding the wave with quickies, but the more serious journalists get into deep research for their books. Mitta is working on his third, a look into Dalit massacres from ’67 onwards—making it a trilogy on mass violence after 1984 and Godhra. Damodaran is researching for his second—a biography of industrialist Ramkrishna Dalmia, Mukul on the Hindi writer Sachchidananda Hirananda Vatsyayan ‘Agyeya’. Reddy too is working on a commission. Guha believes that some of the greatest writings have come from journalists and therefore should only be kindled. If the present trend continues, the journalists will not disappoint him.