Man In The Core

Dr Singh finally earns his spurs, but will the Deal help the party? 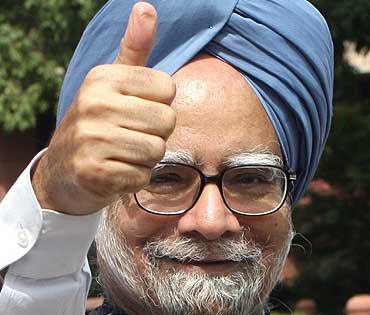 When news finally came in from Vienna on September 6 that India had finally—in the face of great odds—secured a "clean waiver" from the 45-member Nuclear Suppliers Group, Prime Minister Manmohan Singh’s first response was that a "great burden" had been lifted off his shoulders. Officials and party/ministerial colleagues who met him on the day say he seemed more relieved than triumphant. He had, after all, staked both his own reputation and that of his government on the Indo-US civilian nuclear agreement—and emerged victorious, if not unscathed.

But, clearly, he had not lost his political instincts: one of the first phone calls he made was to Brajesh Mishra, national security advisor under Atal Behari Vajpayee, to thank him for his moral support. All through that Saturday evening, Mishra, chief architect of India’s foreign policy during the NDA’s six years in power, was on every TV channel knocking the bottom out of the BJP’s opposition to the N-deal, rubbishing its claim that India had now lost its sovereign right to test.

If Manmohan won his political spurs on July 22, the day he led the UPA to a dramatic victory in the trust vote debate, on September 6, he was the only man left in the ring. He has not just KOed the Opposition, he’s cut down any credible challenge for the prime minister’s post in the Congress.

But curiously, even though the Congress "owned" the first win, the second was seen as his triumph alone. This was even reflected in the party’s response—the July 22 victory was greeted by scenes of jubilation outside the Congress HQ on Delhi’s Akbar Road; the response on September 6 was comparatively muted. In July, the trust triumph came after months of uncertainty, a string of electoral defeats, rising inflation and spiralling prices. In September, the Vienna win came after two months of bad news—the J&K mess, the Bihar tragedy, the Orissa carnage. For the Congress, both occasions were surely celebration-worthy, establishing as they did the party’s capacity to win trust votes at home, and beat down opposition to its growing ambitions abroad.

So, what was different? Well, in July, party members felt a sense of participation in the trust vote victory. The decimation of the Opposition galvanised the party and it even discovered a theme for the next elections. The promise of a nuclear renaissance, it realised, married the assurances the party had long offered the aam aadmi to its own desire for a place in the sun. By September, a senior party functionary says, the party was feeling that there was very little to gain even if it pulled it off (though he acknowledged that it would have been a serious loss of face if the Vienna waiver had fallen through). Besides, as is typical in the intrigue-ridden Congress, "4-5 top ministers were hoping that India would falter in Vienna", a key minister told Outlook. "They thought it would increase their clout in the party vis-a-vis Dr Singh." Indeed, as sources both in the party and the PMO acknowledge, it was only the unstinting support of Congress president Sonia Gandhi and her son Rahul that saw the PM through all the unspoken hostility. "The PM virtually walked alone on this issue," says a PMO source.

This, even though it’s an achievement that can help both country and party—provided the latter is able to capitalise on it. It is, after all, a real step forward in the difficult journey to energy security. Nuclear commerce with countries such as Russia and France is now actually possible, and the country’s dwindling N-fuel reserves can now be replenished (currently, existing plants are working at barely 30 per cent of capacity). It also promises India a place at the global high table.

And yet, on September 6, in the national capital, it was the party’s student wing, the National Students’ Union of India, and its celebrations over the Delhi University election results, that took precedence over any rejoicing on the Vienna waiver. Interestingly, the two states where the party took some initiative in acknowledging the significance of the NSG waiver were Gujarat and, to a lesser extent, Maharashtra. Which again goes to prove that this is a theme more likely to resonate with the middle class, evident also in the triumphalism in the newspaper headlines. In Gujarat, Congress workers took to the streets, bursting crackers and waving triumphal placards; in Maharashtra, MPCC spokesman Anant Gadgil immediately responded saying, "India is committed to the peaceful use of nuclear energy and with today’s NSG waiver, the world has endorsed India’s stand." 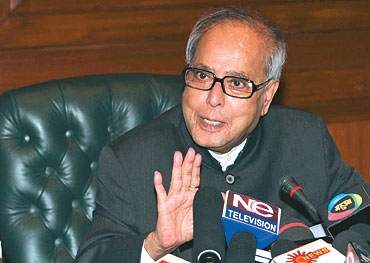 If any more evidence was needed that this is a middle-class issue, especially in Rising India circles, read the BJP’s most articulate ideologue, Swapan Dasgupta: "It would be politically suicidal to underestimate the relief and patriotic elation over India’s success.... This is terrible news for the BJP, a party that has made itself synonymous with robust nationalism and unyielding commitment to national security...the BJP is in the bizarre predicament of appearing to be on the same side as China, the CPI(M) and outfits like the Arms Control Association that would like India’s nuclear arsenal replaced by catapults and pea-shooters.... Unfortunately, since politics is all about perception, it (the BJP) cannot escape the opprobrium of refusing to share India’s moment of glory...the party was completely out of tune with the mood of its social base."

And this social base is a constituency that is growing as urbanisation eats into rural India: in 2004, about 14 per cent of Lok Sabha constituencies (74) were urban; in 2009, post-delimitation, that figure (109) will be 20 per cent.

So, if in electoral terms, the prime minister’s tryst with his nuclear destiny strengthens the Congress’ claim over the middle-class constituency. The fact that this agreement has thrown, as a source close to Manmohan Singh said, the Congress’s two principal political opponents, the Left parties and the BJP, into an "unstrategic" embrace should count as no mean achievement.

The question, of course, is: can the Congress with less than a year left for general elections encash its victory and the Opposition’s confusion to its own advantage? Senior party leader Salman Khurshid thinks it is possible: "We need to shift the debate from the BJP’s 1,000-bombs theory to possessing a minimum nuclear deterrent, which we already have. We now need to sit at the high table...we need more than bombs, we need an international profile for our country. We should be neither defensive nor belligerent—only point out that it’s odd that the BJP and Pakistan are on the same side. Could that possibly be the Jinnah link?"

Through A Maze Of Mirrors