Man At The Art Market 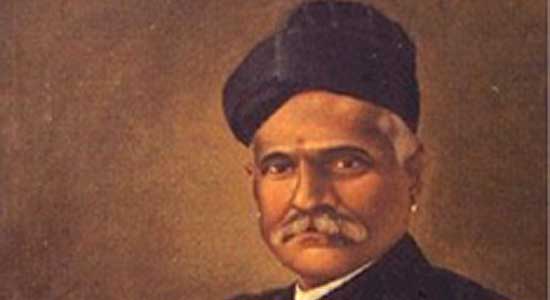 The lives of leading Indian artists coloured by commercial success, the cult of celebrity and often mired in controversy are assumed to be a late 20th century phenomenon but, in fact, the story of Raja Ravi Varma (1848-1906) was every bit as ambitious and beguiling. Varma is sometimes called the first Indian “modernist”—a difficult term, for although it just may be possible to squeeze his life span into the period—the label applies for his use of Western art techniques and materials to Indian subjects and their wide dissemination to audiences throughout the country.

Varma’s sensual, full-bodied heroines, his penetrating portraits of royal patrons and stirring mythological figures are as recognisable today as M.F. Husain’s strokes and, in that sense, he was India’s first celebrity painter. His alluring beauties, reconstructed by contemporary photo-artists such as Pushpamala N. or reproduced in bawdy calendar art, make him the Father of the Wet Sari Look. (A freeze frame of Kareena Kapoor’s rain dance with Aamir Khan in 3 Idiots could have descended from Varma’s life-size canvases of women stepping out of baths or lingering by moonlit ponds; popular prints of goddesses such as Lakshmi and Saraswati found in Indian homes everywhere are, in fact, retakes of oleographs from the lithographic press that Varma founded in Bombay in 1894.)

It is surprising that, for an artist as celebrated—and credited with creating enduring notions of female beauty—there is no handy biography around. Journalist Deepanjana Pal thankfully fills the gap. As a good story rather than a lesson in art history, Ravi Varma’s chequered life is a fascinating man’s quest to experiment ceaselessly, find rich clients and create an expansive art market. He was constantly on the move ahead even when chased by his own demons. Child prodigy or self-improving slogger? Expert negotiator or social climber? Feckless husband or devoted family man? Ersatz European salon artist or Indian original? Pal attacks many of these questions with gusto, and comes up with a convincing portrait of the man and his age, attempting some fictive experiments of her own which don’t necessarily come off.

Pal comes up with a convincing portrait of Ravi Varma and his age, but the fictive forays don’t quite come off.

Ravi Varma was born in a small, down-at-heel country estate outside Trivandrum, the seat of the kingdom of Travancore. He was not a prince by birth and acquired the title ‘Raja’ later.  An artistic uncle, sniffing a future for the small boy with a promising ability at draughtsmanship, carted him off to be presented as a child prodigy at court. The young Travancore maharaja, and later his second maharani, a beauty and blue-stocking, took him under their wing. Pal gives a splendid account of the rivalries and intrigues of court life, and the intricate marital alliances of a matrilineal society, that were both a blessing and blight for the young artist. Jockeying to capture the attention of his royal benefactors, he conspired to learn European technique at the feet of a visiting Danish artist. (Canvas and oils were a revolutionary medium for Indian artists who traditionally used water-based paints or, in the case of the Tanjore school of painting, stretched fabric on board.)

Ravi Varma’s life was played out in the high noon of Empire, against a backdrop of sweeping political, social and cultural change. Expelled from Travancore due to a royal succession struggle, he sought new pastures, learning to compete and succeed in the world outside. Bagging top prizes at art shows, he gave up painting decorous Nair women and took to creating a pan-Indian image of womanhood—innocent as temptress, human as goddess. He also found bigger patrons, notably Sayajirao III of Baroda. One of the largest collections of Ravi Varma’s works today is on show at the palace there. He was so famous there were queues at his shows in Bombay; he hobnobbed with Lord Curzon and was much decorated. In the end Bombay’s commercial sharks got him. Bankrupt and broken, he sold his printing press and died at the age of 58 in his ancestral village.

It is a rich and resonant tale, supported by listings of historical dates, sources and artworks as well as the author’s admirable legwork. Deepanjana Pal’s efforts to fictionalise it, by way of inserting made-up bits in italics, are distracting and tiresome. They are like a well-trained but nervous cook who ends up overegging the pudding.