The only time a train stopped here for over two minutes was for Gandhi, in 1937. 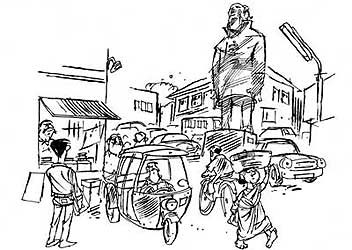 ALL trains slow down when they cross the Sarayu bridge, possibly to assist distressed people who want to jump off. Among the countless methods of terminating life, jumping off this bridge is the most far-sighted. Because right on the timeless sandbanks of the Sarayu river that flows beneath the bridge is Malgudi's crematorium. The funeral ground, it is said, is one of the few ways of leaving Malgudi. The more popular exit, of course, is the railway station, which is just minutes away from the bridge. Despite such morbid settings around the Sarayu, where someone or the other is being roasted without being told, the riverbanks are where the people of Malgudi amble during lazy twilights, just the way their fathers and grandfathers used to. 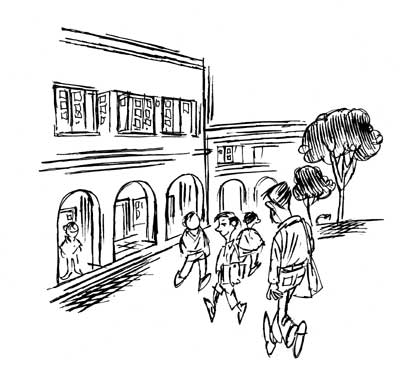 There is talk among certain quarters that after the Town Hall's midnight gong goes off, even the dead walk around on the banks, chiefly near Nallapa's Grove. But it's easy to love the river when the sun is up. Some tourists climb up the neighbouring hills to have a look at the source of the Sarayu. It's a strange labour that made a legendary guide, who went by the name of Railway Raju, wonder why these men drove 100-odd miles up the hills to the source when the benevolent river had taken the trouble to tumble down. We presume Railway Raju was last seen on the sandbanks of the Sarayu before his ashes were blown away by the southern winds. So when the train stopped at Malgudi, we didn't ask for Railway Raju as people used to many years ago. We didn't want any guide to show us the way. We were carrying some useful notes written by a man called Rasipuram Krishnaswami Iyer Narayan Swami.

The morning air in Malgudi is refreshing. Even more pleasing when we arrive is that apart from some enormous dark women trying to get off the train in a hurry with bags bigger than them, there is hardly any serious activity on the platform. Boys selling biscuits and plantains wear a come-hither-and-get-it look, they are not hawking their fares. Seven am at Malgudi station is bliss.

Even today, trains stop at Malgudi just for two minutes. History has it that the only time a train stopped here for more than two minutes was in 1937 when Mahatma Gandhi visited this town. Today, though, Gujarati tourists are nothing new to Malgudi. They make up 40 per cent of its tourist population. And the fact that they are, contrary to historical pointers, the last race on Earth to fast or subsist on orange juice has greatly favoured top restaurants like Anand Bhavan. 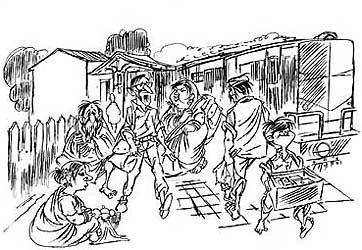 As we step out of the station, we notice a place that is called the Periyar Railway Station. Some shopkeepers tell us it used to be obscenely called Selvi Jayalalitha Terminus but was renamed when the dmk returned to power.

And some thought 'Save the Tiger' was in support of the LTTE.

From the gates of the station we get a good view of a building that is the Albert Mission School where boys are admitted for no fault of theirs. We decide to walk to the school. It is a dismal yellow building, which many boys have grown up hating. It has enormous windows and huge doors. It was from such environs that, history says, a certain boy called Swaminathan ran away, only to be put in another school called the Board High School. Those days, it's said, the Board High School had a meek nasal bell while Albert Mission School had a deep-throated gong. An inequality which, we understand, has since been corrected. Both bells are meek now after a progressive citizen who had read enough Valumpuri John to be misled in life filed a complaint in the magistrate's court saying that the Mission School's gong was hurting the fragile ears of the students.The school quickly changed its gong but it transpires that the diligent citizen was an alumnus and the whole case was nothing more than one of vendetta which any sensitive male would nurture against a system that tried to teach him calculus.

A few blocks away from the Mission School is Kesavan Hospital, obviously run by one Kesavan. He has struck good times though his grandfather T. Kesavan, who used to run a dispensary at this very spot, was cursed by many a schoolboy who was always denied fake medical certificates on something as trivial as "ethical grounds". One boy in particular was greatly wounded when his request for a certificate endorsing that he suffered from "delirium" was declined.

A vacant plot near the Albert Mission School now belongs to what is called mcc or the Malgudi Cricket Club. The budding cricketers here have forgotten their founding fathers but our records show that despite all the pomp and glow of mcc today, its beginnings were very humble. Over half a century ago, they lost their first match against a formidable team called Young Men's Union. It was before limited-overs cricket was born and so a lot depended on the crucial right arm fast who, we understand now, was called Swaminathan—the very boy who had the good sense to run away from the Mission School. But as luck would have it, the day before the match, the boy got lost somewhere in the Mempi forests on the outskirts of Malgudi. It was presumed that he was either dead or "kidnapped by pathans", which in those days meant the same thing. 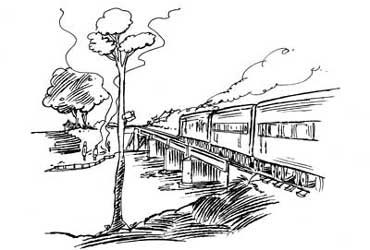 The Mempi forests now are fiercely protected for the wildlife they house. Rich schoolgirls from Chennai send postcards to the District Collector saying things like 'Save Mempi' when it was always the ephemeral Collector who was the perishable commodity and never the forest. Malgudi also has a 'Save The Tiger' organisation now, formed by some unemployed housewives who live in the plush Lawley Extension. Many, many years ago, all of Malgudi would freeze in an unconditional celebration when a dead tiger was carted through Market Street. But today, people smirk when grannies try to even recount those magical moments. The 'Save The Tiger' organisation is very active today but when it was started some eight years ago, Congress supporters raided its office. The fervent partymen thought Save The Tiger organisation was an overt sympathiser of the ltte. Some good people got together and prevailed upon the goons that the organisation had nothing to do with the Tamil tigers. The Congress partymen couldn't fathom why someone should save the tiger because they always believed it was man who had to be saved from the tiger. However, they did disperse and were not seen again.

The posh and rich Lawley Extension had never seen such intrusions for a long time. Except once, perhaps. That was in 1947. Those days Lawley Extension was adorned by a timeless statue of a certain Sir Fredrick Lawley. But when a strange nationalist sentiment swept through Malgudi, the locals found this glorified pigeon commode an irritation. Someone also pointed out that the man was a tyrant and did not deserve to stand in Malgudi. So people got together and with great difficulty the statue was removed. Then it transpired that the tyrant Lawley was another man from the Warren Hastings era. The real Fredrick Lawley whose statue it was was a nice Englishman who actually built Malgudi. A string of events later, Lawley stood again but in another corner of the town and the street on which he stood—Kabir Lane—came to be called Lawley Road.

Around that time, the people of Malgudi too were caught in the renaming fever. The park at Market Square, Coronation Park, became Hamara Hindustan Park. Lawley Extension itself was changed to Gandhi Nagar. At least four roads were named Mahatma Gandhi Road, which made the postman's job difficult for reasons other than the dog population.

But eventually, since people remembered the old names better, the new names ceased to exist. That's what strikes us when we walk about Market Road, Elaman Lane and other roads. In one such road we come across a building called the Engladia Insurance Company. The company doesn't exist anymore. Once during its heyday, someone hit upon the brilliant idea of hiring female probationers. The response was favourable except when some prostitutes too applied for the job along with others from more honourable backgrounds.

About half a kilometre from the insurance company is a thriving place that is the Boeing Sari Stores. Legend has it that the shop's owner himself didn't know why he called it Boeing Stores. He just happened to see the word on a newspaper that was wrapped around something and liked the word. Boeing Stores now also owns a small joint called Boeing Cyber Café where the younger generation goes to watch naked women with familiar faces.

Despite the many allures of Malgudi, sadly it's time for us to leave. We are fleeced by a Tamilian autorickshaw driver on the way to the station. With no choice but to pay up this rascal, our only retaliation is, "You are a Dravidian. We are Aryan." He doesn't think it is an insult.

We are in hyper-activity as the train rumbles to a halt. It stops only for two minutes for non-historical figures. We get in and find our seats and in no time we are crossing the famous Sarayu bridge. Down below on the sandbanks of the Sarayu river, a dead man is being consigned to flames. We feel a bit low about choosing this exit from the wonderful Malgudi. At least that man down below will return to Malgudi.

After the Town Hall gong strikes 12.