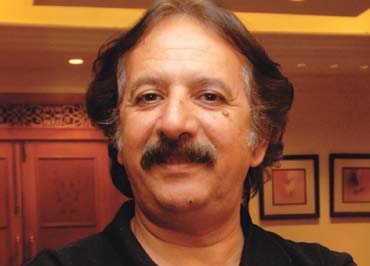 I always wanted to do a film set in the East.

We have close cultural affinity with India. We’ve grown up on films of Satyajit Ray. I also admire Mira Nair and Shyam Benegal.

What will be the role of UTV?

They are the financers and producers.

Why did you go for UTV?

I’d been approached by several producers after I won the Best Asian Director award at the Mumbai Film Festival in 2006. UTV seemed a distinguished company. There were no instructions from them. I needed that creative freedom.

Would your cast and crew be from India?

I’ll bring some of my crew, director of photography and the sound mixer. Rest will be sourced from India. But I’m not sure whether I’ll use professional actors.

You’re a trained actor. Why do you use non-professional actors?

I try to portray realistic experiences. I often don’t give the script. I shoot in sequence so actors can inhabit the world, make sense of it.

A trained actor can’t get that spontaneity and natural shade?

I feel that at some level trained actors keep playing the same role.

Why is Iranian cinema so closely associated with children?

It’s a misperception. Of the 70-80 films made in a year only 5-8 are for kids. It’s also that some of our films which have won prestigious awards have been about kids.

What about your own films, they have reflected childhood experience as well?

My films come from my own upbringing, my fondness for childhood. These years are a wonderful bridge between innocence and adulthood.

The state of young Iranian cinema.

It has great potential but like the world over, art cinema is on the margins.