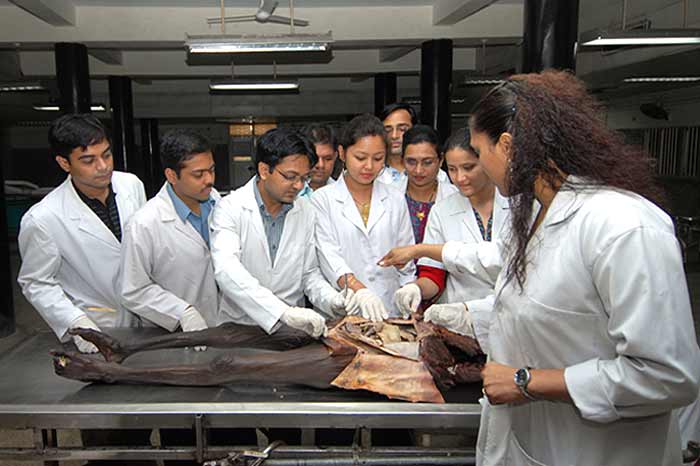 With as few as six per 10,000 people, there can be no doubt India is woefully short of doctors. In comparison, China has 10, and western countries have, on average, more than 20. To address the shortage, Union health minister Ghulam Nabi Azad decided last year to increase the number of MBBS and PG seats in government medical colleges by 5,000 and 10,000 respectively. A year on, the ministry says it has achieved over half the target: 3,625 MBBS seats and 7,470 PG seats.

However, such dispatch, unusual in government, was achieved by tweaking student-teacher ratios and raising the retirement age of teachers and not through the diligence of improving college infrastructure by recruiting new teachers to cater to more students.

Experts question the long-term efficacy of manipulating numbers and announcing more seats: they say the government should have simultaneously started creating infrastructure and recruiting teachers and ancillary staff, processes usually forgotten once the goal of more seats is dubiously achieved. “The quality of education will suffer in the years to come,” says a teacher at a medical college in Delhi. “You can’t just fill up classrooms with more students and say you’ve created additional seats.”

Government officials, as expected, justify the decision. “It’s true that the need of the hour is much more medical infrastructure, and we are indeed working on that,” says a senior office-bearer of the Medical Council of India, the regulator of medical education. “But these are just small steps taken to increase capacity immediately.”

One of the contentious quick-fix solutions that have been adopted is to declare that government medical colleges with teaching hospitals having 1,000 beds or more can raise the number of MBBS seats from 150 to 250. These colleges are free to increase the number of seats from this academic year, creating at a stroke some 3,500 additional seats country-wide. This isn’t as planned. Azad himself had warned, last year, that “raising the ceiling (number of seats) is not automatic; it’s subject to verification of infrastructure and human resources”. But his announcement this year of the ‘creation’ of more seats runs against that cautionary note.

Even worse is the charade of showing there are enough teachers to justify the additional seats. What the ministry did is to allow state governments to raise the retirement age of teachers. In most states, it is 55-58 years, and 65 in some. The ministry has now authorised the raising of retirement age to 70 years.

As for PG seats, the teacher-student ratio has been relaxed from 1:1 to 1:2—a facile addition of 5,000 seats over the next two years. The ministry has also allowed all medical colleges to start PG courses in their third year as against the fifth year according to old rules. This too will translate into Azad’s goal of more seats, though new medical colleges in the private sector are notorious for poor infrastructure and hoodwinking or bribing inspectors.

So, although the government seems on its way to achieving its target, the seats have largely been created through manipulation of norms and with the existing infrastructure and human resources. Of the Rs 1,350 crore budgeted for improving government medical colleges and courses, only Rs 241 crore has been allocated to state government-run medical colleges. To be sure, Azad has mastered the art of economy, creating, in the process, medical seats out of nothing.

No God Is Infallible