Crime or punishment? Freedom certainly, for these women who, in a unique retribution, ended a tyrant's 14-year reign of terror.

Murder by another name isn't murder, murder in the name of social justice isn't murder. This is what hundreds of women in Nagpur's Kasturba Nagar basti want us to believe. 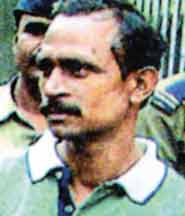 Theirs is a chilling tale of crime and punishment. Only, the punishment was meted out not by law enforcement agencies but by the enraged women themselves. Nearly 200 of them marched into the courtroom of a magistrate on the afternoon of Friday the 13th and lynched their tormentor Akku Yadav to death with knives and stones. Yadav had 24 cases of assault, dacoity, murder, molestation and extortion against him, he had been arrested 12 times in as many years but had managed to secure bail on each occasion. He was subsequently externed from Kasturba Nagar in January this year but he moved freely till a week back. Yadav was in court for one of the cases that day but the women had decided he would never return to their basti. "We freed ourselves and our daughters that day. We also freed our men," says a rather demure Pinky Shambarkar.