The film, a set of three stories that intertwine, is remarkable in the way it experiments with the digicam to create a novel, audacious narrative 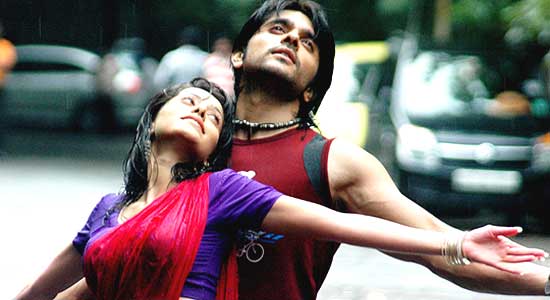 Initially, the jerky, odd camera movements of LSD can prove quite unsettling for an audience used to sanitised, textbook frames. The kitschy metafilm (inspired from pulp fiction) adds to the bizarreness. But it doesn’t take long to fine-tune your vision to the inventive look, feel and idea of LSD.

The film, a set of three stories that intertwine a la Kieslowski’s Three Colours, is remarkable in the way it experiments with the digicam to create a novel, audacious narrative. The camera becomes a character as well as the carrier of the theme—changing dynamics of love and sexuality in a voyeuristic, commercial, brutal world. It’s about the Buntys and Bablis going dirty.

The first story, Superhit Pyaar, shot like an amateurish home video, is about Rahul, the Adi Chopra-obsessed student, making a romantic film and falling for the heroine himself. It might seem like a Bollywood spoof but a casual mention by Rahul of his Dalit roots portends a tragedy that is unflinchingly disturbing, shot shockingly in The Blair Witch Project mode.

The second story, Badnam Shohrat, plays with CCTV imagery. Adarsh instals security cameras in a store, then thinks of making a quick buck by stealthily shooting a sex clip with attendant Rashmi. The dark and gawky (as against fair and lovely, mind you) girl may not be his fantasy woman but things take a turn. The third story, Paap ki Dukaan, uses the visuals out of a hidden camera, sting operation to tell the tale of TV journo Prashant and model Naina trying to unearth a casting couch racket.

There are cheeky moments that play on the quirky Delhi lingo and culture, like a hilarious tour of a Noida mansion. The characters are real and rooted, so are their relationships and dilemmas. There’s a superb ensemble performance by a rank new cast. The flashy singer Loki Local and Shruti’s ostentatious dad are stand-out sketches. Even the editor of LSD, Namrata Rao, in the cameo of a rough and ready store attendant, makes an impression. The music is irreverent, raunchy and brazen, the film itself is provocative but not titillatory.