Love On Wings Of Clouds 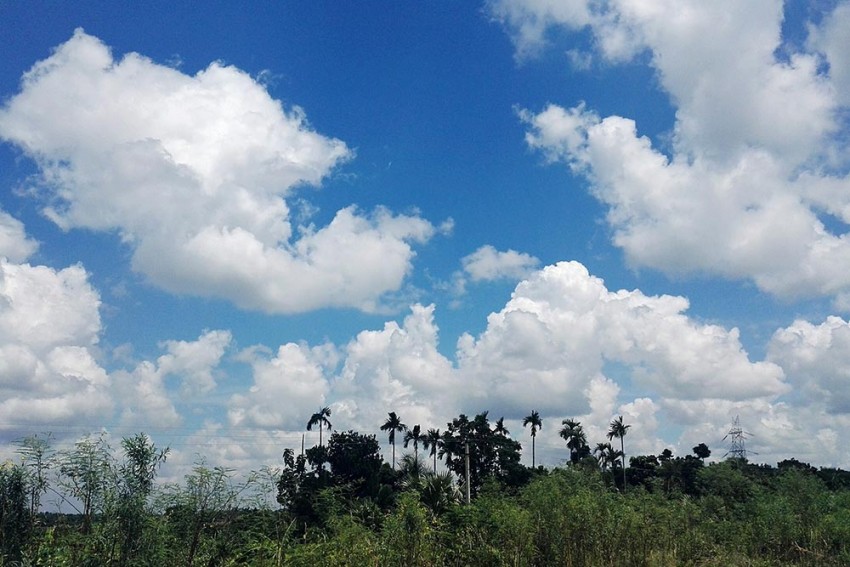 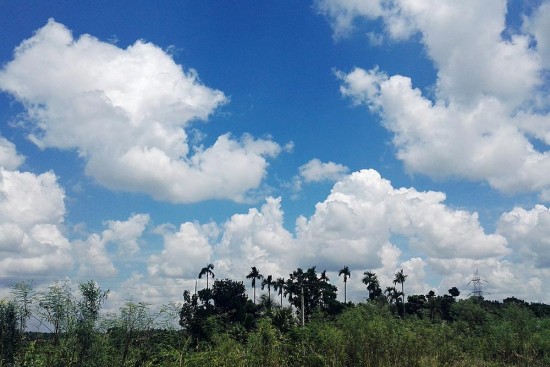 Penguin Books is doing us a great service by publishing new translations of Kalidasa, dressed up in gorgeous floral covers app­ropriate for this poet of nature. Meghadutam is Kalidasa’s masterful rendering of the trope of a mes­se­nger between separated lovers, a trope which necess­arily places that par­­ticular narrative moment in the love story within the mood of viraha (‘love in separatation’), a favourite in Sanskrit poetry. We are familiar with this situation in the Mahabharata, through the story of Nala and Damayanti and the geese who carry their messages to each other. But Kalidasa elevates the cliche of missives of love to something sublime. We are also familiar with the pain of separated lovers, Rama and Sita being one of the many such couples in our classical literatures. Human­ go-betw­eens are there in both Sanskrit and Tamil love poems. In Meg­­h­­adutam, we have a yaksha who has been exiled by his master Kubera because he neglec­ted his duties. The yaksha pines for his beloved wife and prevails upon a rain cloud to carry his message of love to her. The cloud travels over hill and dale, over mountains and plateaus, rivers and lakes filled with lotuses, over lovers who are toge­ther and young women who are preparing to meet their lovers.

Nothing could suit Kalidasa’s talents and temperament better than having both nature and pining lovers as his subjects. For many (including myself), Meg­ha­­dutam is Kalidasa’s greatest work, dis­­playing his magnificent capacity for pathetic fallacy, metaphor and image. Here’s an example from Reddy’s translation: the yaksha says to the cloud, “Soon the soft shadow of your soul will fall/on the tranquil waters/Of the River Gambhira, like a doorway into/her waiting heart. /Though strong, you will be powerless against/her quick glances,/Darting through the water like shiny minnows,/pure as white lilies.” (pg. 47).

The yaksha describes the lands that the cloud will pass over as he journeys to the groves of Alaka, where his wife waits for him, surrounded by other women who are with their lovers and husbands. Sim­ply because I cannot resist the beauty that Kalidasa places before us, here’s another verse: “At midnight, when you leave the moon unobscured,/clear bright rays of moonlight/Filter to bedroom canopies where networks of twine/suspend moonstones that melt/Into water when kissed by moonlight, trickling down/as tiny drops to revive women,/Tired from love-­making, and just freed from the grasp of their lovers’ clinging arms.” (pg. 81).

The actual message that the yaksha sends his wife is almost the least part of the poem, which has 111 verses. Although it is relatively mundane in its exhortation to not lose faith and to sustain oneself through memories, Kalidasa’s images of love and longing are like streaks of lightning in a summer night’s sky—illuminations of beauty even in moments of unpleasantness.

Nothing suits Kalidasa’s talent better than having both nature and pining lovers as his subject. It displays his magnificent capacity for pathetic fallacy, metaphor and image.

Meghadutam: The Cloud Messenger is Srinivas Reddy’s second contribution to this Kalidasa series, his earlier translation of Malavikagnimitram was published in 2014. It’s a pleasure to see how much more confident the translation of Megha­dutam is, how much less cluttered with critical material, annotations and footno­tes, how much stronger Reddy’s faith that a classical Sanskrit text can work in Eng­lish with minimal context.

Be that as it may, this is a superbly lyrical translation, Reddy seeking out the slow rhythms of the mandakranta metre with an eight-line verse in English. Each line of Sanskrit becomes two lines in English, the second line always shorter than the first. There is gentle mov­ement here, a breeze rather than a wind, that takes our cloud towards his destination. In his preface, Reddy offers us a sweet metaphor with which we can further layer the poem and this translation—he suggests that the dootakavyam, the ‘mess­enger poem’, is a carrying over of something from one to another, as the act of translation itself is. As translators, then, we are all messengers, carrying words and meanings from one language to ano­ther, travelling over lands and cultures, hoping that we can convey as much as possible of what we have received. The yaksha thanks the rain cloud at the end of the poem, wishing for him that he “...may not suffer even one moment apart/from the light of your life”. This is a loving ben­­ediction that Reddy’s metaphor of tra­­nslators as messengers has bestowed upon us who travel between words.