Lost In The Blue Mountains

Much like the Emperor's new clothes, this novel holds great promise, but grandly fails to deliver 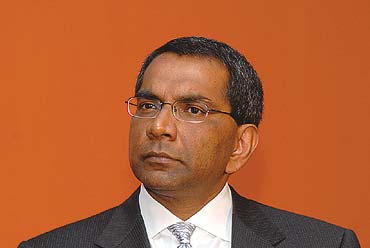 The Solitude Of Emperors
By David Davidar
Penguin Pages: 246; Rs: 495
A beautiful jacket, an orotund title—The Solitude of Emperors resonates with promises of grandeur. December 6, 1992, was the Rubicon we crossed. Its violent aftermath inspired outstanding journalism. Yet, for 15 years, it wasn’t considered worth a book. This reportage will soon be replaced in public memory by politically expedient histories. It is left to fiction to chronicle the truth.

David Davidar picks up the gauntlet in Solitude. He writes earnestly and long, but without examining the human face of hate. He offers hope and redress through a manuscript presented as a history text for the raffish teenaged reader. This book-within-the-book explains the philosophy that should have infused the novel. Called The Solitude of Emperors: Why Ashoka, Akbar and Gandhi Matter to Us Today, it declaims a Hogwarts version of William Blake: "Who then can lead us out of the darkness? What we need is an emperor of men, someone who is so strong, commanding, brilliant, secular, compassionate and valorous that the forces of darkness will shrink back, powerless to stop his onslaught."

It strikes a messianic note, warning of events to come: "I am hoping our study of the essence of these men will help us recognise the new emperor—it occurs to me as I write this that he might well be one of you—when he finally arrives, so we can help him in his efforts to take the country to a place more glorious than anything we could have imagined for ourselves." Ponderous? The novelist doesn’t think so: "...the profiles were brief enough to hold the attention of even the most restless teenager." Only if he’s doped to the eyes on Ritalin.

The narrator, Vijay, escapes his hometown in Tamil Nadu and takes a job in Bombay at The Indian Secularist, a paper run by Rustom Sorabjee. Soon it is December 1992, and Vijay comes into his own. "I did not want to merely rehash the reports that had appeared in the dailies...I wanted to go out on to the front line where the battle was being fought."

This he does, and the night’s terrors leave him ill with post-traumatic stress. Sorabjee sends him to Meham in the Nilgiris to recoup. It is a working holiday. A shrine, the Tower of God, is under threat. Hindutva activists linked to the Bombay riots may be involved. Sorabjee also hands him his magnum opus to read, and here it comes, on page 61, The Solitude of Emperors.

In Meham, Vijay meets Noah, the town maverick; Rajan, the slimy Bombay businessman who wants to replace the Blessed Martyr’s Cross on the Tower of God with a lingam; and the Fuchsia Club, a motley crew led by Brigadier Sharma. Vijay attempts to subvert the plot and drags this novel to denouement.

Noah, identified early as messiah, is a stereotype—broken-hearted, cynical, spaced-out. A homegrown Diogenes, he has "grass-cutters" instead of hetaerae, brawling to share not his tub but the nearest tombstone, for Noah lives in a cemetery. To complete his profile as Cynic, Noah has a dog called Godless.

This year, when the outstanding piece of writing is a novel about bad sex, it is futile to recommend anything else for the Bad Sex Award. Still, page 103 has my vote: "Here, no two-bit sanctimoniousness from you, one of my grass-cutters is worth a dozen of your city-bred belles. No airs, no artifices, just great fucking, you should try one of them .... I saw Saroja’s arse one day when she squatted to relieve herself and I was smitten."

Except when describing the Nilgiris, the prose has audible clunks and too many blunders. Here is Vijay’s first encounter with a corpse: "...the flesh had been peeled back from his stomach and the internal organs visible as if in a urology lab demonstration." What is a urology lab? Why would it demonstrate a dissection? How would Vijay, an economics graduate, establish the parallel?

Dazzled by Noah, Davidar neglects his protagonist and overlooks the real emperor by refusing to explore his solitude. The narrative follows event, not Vijay’s emotional journey. We’re never allowed to notice how brave and tenacious Vijay really is. Instead, we get page after page after page of worthy unleavened prose. This reduces the novel to a polemic against polemics. A pity, for here’s a story compelled by the urgency every Indian feels to address the madness of bigotry. All it needed to be heard was solitude.

An Aria Of Darkness