Unlike other Hurriyat leaders, he belonged to the breed of mainstream political leaders who possess that admirable instinct to judge the direction of the wind. 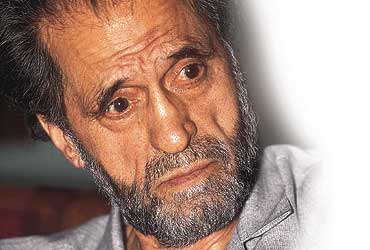 In a quivering voice, Lone astounded us with the parallels he drew between the secessionist movement in Kashmir and elsewhere. "Why is it that only we Kashmiris are asked to prove our credentials of being the true representatives of the people? Was Longowal asked to prove his credentials before he signed the Punjab Accord? Did Naga rebel leader Thuingaleng Muivah contest an election before Vajpayee met him for 30 minutes in a hotel in Osaka, Japan? Why do they apply different standards to us?" he asked. We didn't have any counter, we simply kept quiet. Obviously, he wasn't going to contest the Kashmir elections, Lone declared.

I was reminded of the February 1 meeting as I read media reports on the assassination of Lone, some claiming he was on the verge of contesting the state elections. Considering the ease with which he switched from one political party to another before joining the secessionists, you could say Lone had a split political personality. But even senior government officials admit that though Lone had been "pretty close" to endorsing, in some meaningful way, the poll process in Jammu and Kashmir, he wasn't himself expected to contest.