“Why am I not in this book?” Howard Jacobson, winner of the Man Booker Prize, wanted to know...

More from Suresh Menon
View All 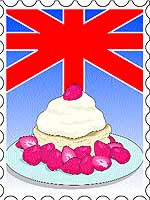 “Why am I not in this book?” Howard Jacobson, winner of the Man Booker Prize, wanted to know. A small energetic man with dancing eyes, he was holding up the 149th edition of Wisden Almanack, otherwise known as the Bible of Cricket. “My contributions to English cricket have not been properly recognised,” claimed the writer who calls himself the ‘Jewish Jane Austen’ in response to being tagged the ‘English Philip Roth.’ And what contributions they were! It was by concentrating hard and lying on his right side while listening to the commentary coming in from Australia, for example, that Jacobson got a Fred Trueman or a Bob Willis to take a wicket for England. “The famous partnership of close-to-200 put together by Mike Denness and Keith Fletcher during the 1974-75 tour of Australia,” he told us, “was achieved only because I switched from my left side to my right side with every alternate ball Dennis Lillee bowled. In the end, it was Max Walker who broke the partnership, and that only happened because I had to go to the toilet.” Jacobson won the Booker two years ago for The Finkler Question, a novel of great comic force and acute observation. Writing of the Wisden dinner (of pea mint and broad bean veloute with crab tortellini, roast and confit chicken on a thyme and garlic potato rosti with crisp pancetta, and warm chocolate fondant with ice cream, since you asked), in the Independent newspaper, Jacobson underlined the fans’ credo: “We also serve who turn over in our beds only during Test Match Special, now once to the right, now twice to the left...” Later, I met Jacobson and told him, “Here’s your chance of getting into Wisden—sign my copy.” And he did.