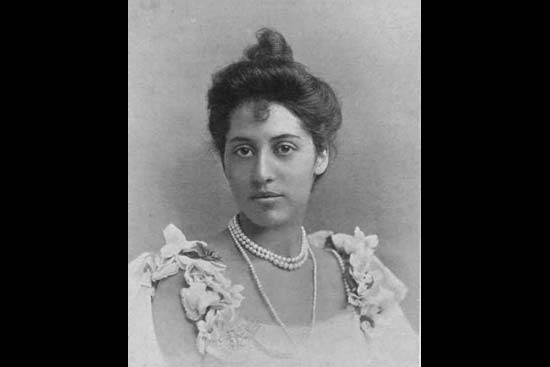 Anita Anand recounts the inc­re­dible, undocumented yet captivating story of Sophia Alexandrovina Duleep Singh—­granddaughter of Ranjit Singh, the Lion of Punjab, and the daughter of his tragic, hapless, handsome, dispossessed son, Duleep Singh. Sophia was  born of his union with Bamba, the illegitimate daughter of a rich German merchant in Egypt and his Abyssinian slave paramour/mistress Sofia. The extraordinary tale of Princess Sophia, goddaughter to Empress Victoria, one time fashionable fixture on the London/Brighton social circuit who went on to evolve into a leading suffragette, diehard flagbearer of women’s rights, enthusiastic supporter of Gopal­krishna Gokhale and Lala Lajpat Rai and the fledgling Indian independence movement, saviour/benefactor of the thousands of lascars who were abandoned to roam destitute, hungry, desparately ill, around London docks by callous British Empire officials, makes for fascinating reading.

In recounting the story of Sophia, remarkable prisoner of circumstance and history, Anand gives us a searing account of the utter venality, cold-bloo­ded cruelty, unbridled avarice and the quintessentially evil nature of the British imperial enterprise that innumerable contemporary and latter-day historians/ apologists have tried to present as a ‘noble’ and ‘civilising’ mission.

Duleep Singh, seven, successor to his father Ranjit Singh’s kingdom of Punjab, that stretched from Punjab to Kashmir, Himachal and Khyber, is rudely snatched away from Rani Jindan, his mother, forced to sign away his kingdom, “gift” the Kohinoor diamond to Queen Victoria, whisked away to England to be brought up as a black Englishman—saf­ely away from his land where his iconic presence might inspire impassioned rebellion. He is to meet his blind mother in England only 13 years later.

Duleep marries the crossbred Sofia, produces five children, remarries an English hotel maid and produces two more daughters before dying a pitiful wasted lush. An entire life is spent as an emotional orphan, a cultural schizophrenic, yo-yo-ing between love and hatred, affinity with and antipathy for his caretakers, nostalgia for a glorious past and heritage denied to him, almost comical in his occasional delusions of grandeur, as in his attempt to build a Moghulesque residence in the British countryside. Insult, ridicule, pity trailed him for a lifetime, as also the string of iou’s he left behind no matter where he went. His daughters Bamba, Catherine, Sophia, Pauline, Irene and his sons Victor and Edward lived in obscurity and straitened circumstances. Victor, the likely rallying force for rebels in Punjab, is assiduously kept away from India and, when he marries, is forbidden to have any children that might threaten Britain’s rule over Punjab! Indeed, Victoria Regina chooses a reception she throws for him after his wedding to deliver the chilling message.

Sophia alone manages to scrape herself a life and imbue it with meaning and purpose. Her transition from socialite to woman with a social conscience, her determined espousal of the suffragette cause in England, to which she contribu­ted generously even from her dwindling resources, her fundraising for basic amenities for destitute Indian lascars (ship cargo hands) in London, her political awakening, in India, to the staggering dimension of her family’s collective loss and deception by the British, her discovery of Gokhale, Lajpat Rai and the fiery nationalist Saraladevi Chaudhurani, her emotional response to the incipient independence movement—these are milestones along her journey to becoming not mere spectator but a conscience keeper of the tumultuous times she lived in.

But even as Sophia rediscovers her forgotten Indian self, she realises that she is, somewhere deep within, unalterably British. She wends her way back to England, where she suc­cessfully joins forces with leading suffragette revolutionaries Una Dugdale, Emmeline and Christabel Pankhurst, England’s first woman doctor Elizabeth Garret Anderson, challenges prime minister Asquith and young home secretary Winston Churchill by refusing to pay taxes (if women do not count, how can they be counted upon to pay tax was her logic!), fights bloody battles with the police for the women's right-to-vote  bill. The creature/victim of history makes history.

This book is much more than mere biography. In the process of recounting Sophia’s life, Anand gives us a sweeping, panoramic view of the socio-political churn of turn-of-the-century England and India and exposes the ugly underbe­lly of the British imperial enterprise.

This Cow Has To Come Home