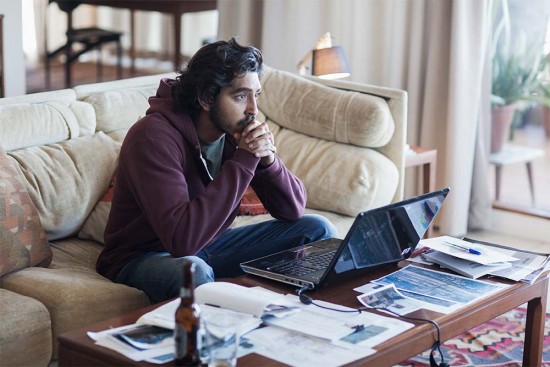 Dev Patel’s range, critics may well carp, goes from wide- to wider- to widest-eyed. In Lion, you get the wild-eyed version as he explores his inner darkness, allowing his acting to shine. This is Dev in a new avatar. Lion had its world premiere at the Toronto International Film Festival (TIFF), as did Patel’s break-out Slumdog Millionaire eight years ago. Dev also played mathematics savant Srinivasa Ramanujan in The Man Who Knew Infinity, which was at the TIFF last September. This is the trajectory of Patel’s transition—from a wondering boy to a wandering man.

He gets competition for stealing the screen in the diminutive form of Sunny Pawar, playing a five-year-old living a hardscrabble existence in Khandwa, Madhya Pradesh. Adorable is too trite an adjective to apply to Pawar, who brings a menu of magic—from affection to anxiety and beyond—to the character he portrays. He was selected from among nearly 2,000 children who auditioned for the role.

Lion is based on Saroo Brierley’s bestselling memoir A Long Way Home, about how he was separated from his family in Madhya Pradesh, as he fell asleep on a train and found himself travelling to Calcutta, from where a longer journey awaited, to the home of his adoptive Australian parents. A quarter century later, there’s Saroo Brierley of Tasmania, making the incredible return, tracing tracks using Google Earth.

Nicole Kidman as the adoptive mother is powerful, and Priyanka Bose, as Saroo’s birth mother, is potent in expressing the pain of a pitiless...