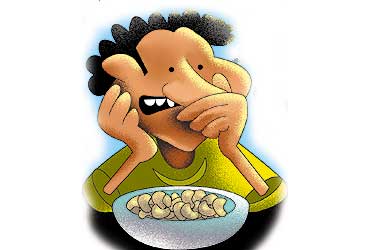 The Science Of Flatulence
With an annual consumption of over 12 million tonnes of beans, Indians have suffered from flatulence, actively and passively. The unseen trauma that visits some enclosed elevators chiefly post-lunch may finally be erased if two Bhabha Atomic Research Centre (BARC) scientists can popularise a method they have devised. Mrinal Pednekar and Jammala Machaiah, simple women in cotton sarees, from the food science lab of BARC, have been working for the last eight years on the effect of gamma radiation on popular legumes.

A low-dose radiation lengthens the shelf-life of the foods and reduces insect infestation and other related afflictions. But serendipitously, they also discovered that gamma rays knock out flatulence-causing carbohydrates called oligosaccharides from the legumes. Humans lack the enzyme that can dissolve oligosaccharides and so the bacteria in the large intestine feasts on the carbohydrate, in the process creating an obnoxious mix of hydrogen, carbon dioxide and methane, which often know their way out.