Congress stands cornered, while BJP is in a Catch-22 situation 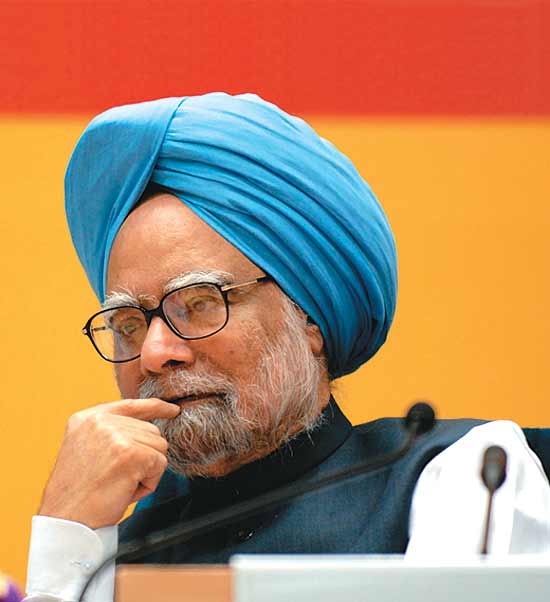 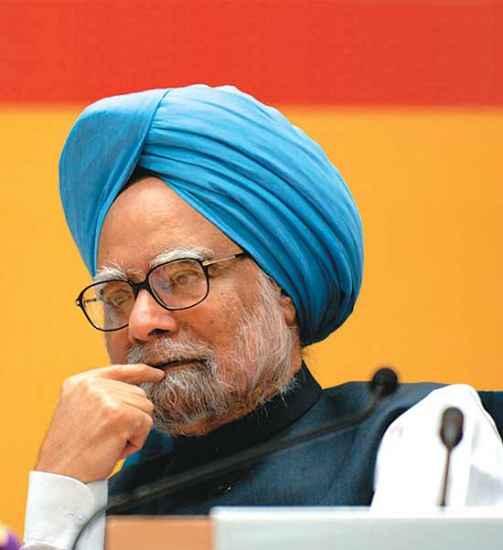 From the Left to the Right with the Congress squeezed in the middle, the Anna Hazare-led movement has stunned the political class and led to furious debates and confusion on how to deal with it. The Congress dilemma is straightforward. In the midst of a bad political season, when Sonia Gandhi was unwell and out of the country, it was faced with a citizen’s protest that grew and grew till it became a mass movement. The party stumbled, mishandled, appeared rudderless, till it finally began to deal with a full-blown crisis.

From the high position of imagining that Anna Hazare could be dismissed, discredited and made to look ridiculous as happened with Baba Ramdev some months ago, the party did climb down and make reasonable offers to Team Anna. But at the time of writing, by now presumably heady with “people’s power”, Anna & Co did not just want a strong anti-corruption legislation, they also wanted to appear to have won. 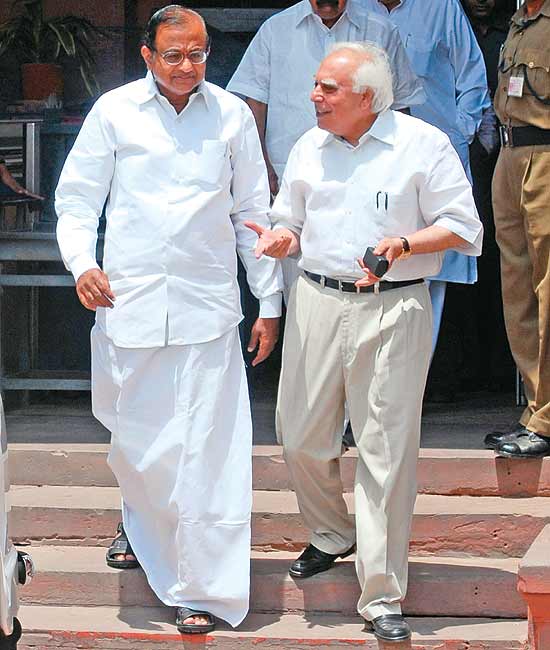 Parleys all around Chidambaram and Sibal in May, a time when government was still collaborating, even if unwillingly, with civil society representatives. (Photograph by Jitender Gupta)

The appearance of victory and defeat seemed as important in the duel as the fine print and details of Lokpal versus Jan Lokpal, the merits of parliamentary standing committees as opposed to hurling a legislation through and other such complex matters. Salman Khurshid, one of the key negotiators with Team Anna, told Outlook that “the government must not appear to have been defeated because we represent institutions”. Members of Parliament across the political spectrum would agree with him.

At a function held at his official residence, Prime Minister Manmohan Singh told Outlook that all options are open and the primary concern is the well-being of Anna Hazare. He also told a group of journalists that “after the winter, there is spring”. And the next day, he said in Parliament, “I applaud Anna, I salute Anna. I request all to tell Anna that his point has been registered and we will take note of it.”

The typical Congress approach, though, has been to describe Anna Hazare as part of an RSS conspiracy and to raise issues about the antecedents of all members of Team Anna. So there has been talk of Kiran Bedi’s NGO trust activities and vaulting ambitions, Arvind Kejriwal’s various NGOs, and the fact that a father and son, Prashant and Shanti Bhushan, should be on the same team. The prevalent mood made some retract their harsh words. Like spokesperson Manish Tewari, who said that he regretted some of his recent utterances against Anna Hazare. “In the course of political cut-and-thrust, certain things are inadvertently said which cause pain,” he added. Others remained arrogant, like the senior minister who said: “These people would have got nowhere and we would have finished them off if they didn’t have Anna sitting on a fast over this.”

Congress MP Sandeep Dikshit, who is actively engaged in negotiations with Team Anna, partly reinforced the movement-as-an-RSS conspiracy argument when he told Outlook: “The covert support from the RSS and BJP is dangerous. They want the political benefit out of the issue but don’t want to pass the bill. BJP and RSS workers in states across the country and various colonies in Delhi are mobilising people to come out and support Anna Hazare.”

In reality, though, the situation is as complex for the BJP and RSS. They are lending support to Anna Hazare, but as always they are like the mistress no one wants to acknowledge. In Delhi alone, BJP and RSS leaders Mangeram Garg, Harshwardhan, Kuldip Singh Chehal, Professor Rakesh Sinha, Gopal Aggarwal (president, BJP finance cell), Sundar Singh Bisoya, Tejinder Pal Singh of the Yuva Morcha and Dr Surinder Singh Bisht of the RSS have all been actively involved in candle-light marches and mobilising. Sources reveal that even the stage coordinator at Ramlila Maidan is an ex-RSS worker called Kumar Vishwas, who also managed the stage during the Ramdev campaign in Delhi. 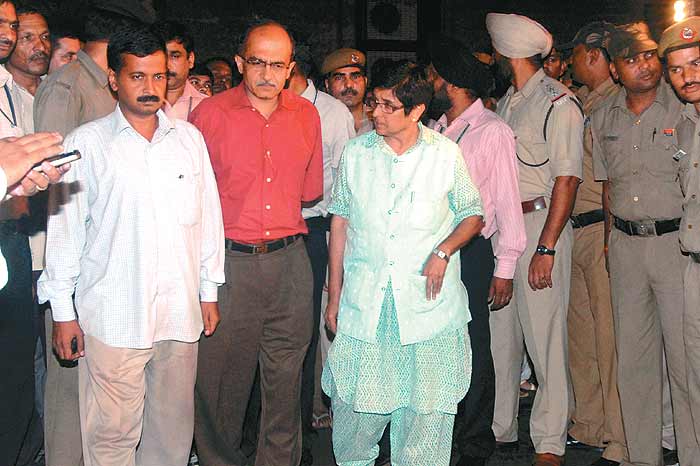 Team Anna after failed talks with the government on Aug 23. (Photograph by Tribhuvan Tiwari)

When members of the National Democratic Alliance (NDA) gathered at L.K. Advani’s Prithviraj Road residence on August 22, new-age guru and Anna Hazare backer Sri Sri Ravi Shankar joined the group, urging its leaders to intervene in resolving the stalemate. JD(U) leader Sharad Yadav responded with: “The matter is between you and the government. What can we do in this?”

At one stage, Congress negotiators even sent messages to their contacts in the Sangh to try backchannel methods with Sri Sri and Hazare. Well-placed sources have confirmed to Outlook that an informal message had been sent to senior functionaries in the RSS to “convince Anna Hazare to break his fast”. In the game of light and shadows, the Sangh wants at once to act coy and officially deny participation even as some of its members are keen that they get some credit for the storm that has been shaking New Delhi. A senior RSS leader confirmed that “eighty per cent of our cadre is out on the streets building momentum for the campaign. We had passed a resolution against corruption in March this year and based on that told our cadre to lend support to Anna’s movement”. The thinking in the RSS is that any campaign against corruption spearheaded by a political party would not have had credibility, yet it was important to back such a campaign.

The BJP, meanwhile, has been torn between the desire to reach out and claim the movement as its own and concerns about parliamentary propriety. Senior leader Yashwant Sinha spoke out against the party’s “wishy-washy” stand at an internal party meet and found backers among other MPs. On August 25, when the UPA government and Team Anna appeared to be on the verge of a breakthrough, BJP president Nitin Gadkari finally jumped in with a “me-too” letter to Anna Hazare. To quote: “Let me assure you that the BJP has all along been with you...in fact, it was the BJP which had exposed the UPA’s scams and scandals in and outside Parliament. My party has been and will continue to be solidly behind your movement against corruption. The BJP accepts your draft Jan Lokpal bill to be the basis for a strong and effective Lokpal.” 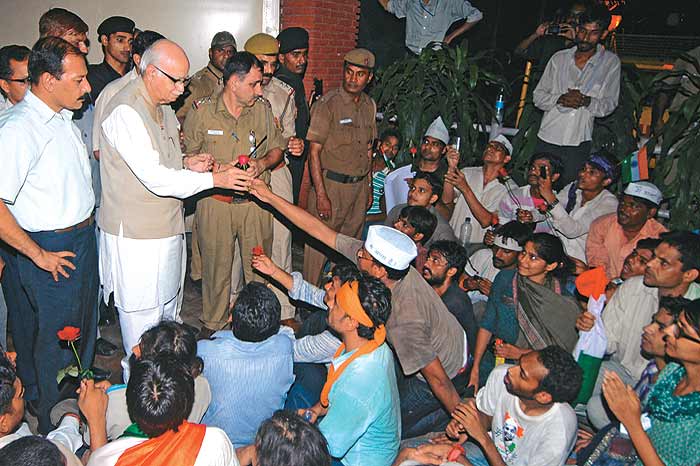 Are the BJP and RSS then trying to claim as their own something that was an independent people’s movement? If they are doing so, and that is indeed the case in an otherwise evolving and fluid situation, it would certainly discredit Team Anna. As of now, the upsurge is being supported by small Left parties such as the student’s wing of the CPI(ML) and some activists who belong to the broad stream of the independent non-party Left.

“Are we behind this? The possibility of the movement using us is greater than us using them,” says a BJP MP.

However, if the movement does indeed have independent moorings and can sustain itself without the logistical support of Sangh parivar associates, then in an ironic twist it actually represents a greater threat to the saffron forces. The BJP and RSS have been in the grip of a great crisis of faith since 2004, as ideological issues have fallen by the wayside. Now comes a movement that naturally but unconsciously uses a Hindu vocabulary that worked for the forces of the right in the past. It draws huge public support but claims to have a secular mindset and tries to distance itself from the RSS/VHP/BJP. As a BJP MP put it, “You are asking me if we are behind the mobilisation. Let me tell you that the possibility of this movement using us is greater than of us using them.” And there is no denying that although the RSS continues to have grandiose plans, most have fallen flat in recent years. Another BJP veteran says the Anna Hazare stir is also an opportunity for demotivated RSS cadre to just go out and scream Vande Mataram.

The BJP is actually yet to figure out whether the anti-corruption movement is a gust of fresh air that will open up opportunities for them or a wild card that is a temporary diversion. Some argue that the BJP could now exploit the mood that this movement has created. Others admit it can wean away a chunk of BJP support, if it does actually evolve into a viable political force.

The Left is quite irrelevant to the movement, although they are having the most intelligent and lively debate on the issue. CPI(M) general secretary Prakash Karat observed in an editorial that “the middle-class propensity to be anti-political, to blame all politicians and hold Parliament in contempt are all on display...this has only detracted from the rightness of the cause and the popular support it has evoked”.

Left-wing intellectuals have also been having a most animated debate on websites where some are even lamenting the fact that they are not there and indeed quite “left out”. But that’s one view. The other is that those who have gone to Ramlila Maidan are just rank opportunists who are playing to a right-wing plot. The big boys of politics, meanwhile, are spending less time trying to think through and get to the bottom of the plot. They are just trying to manage the troubles or get a piece of the action.

By Saba Naqvi and Prarthna Gahilote