Schumi is just the latest. For families of coma victims, it’s an unending wait. 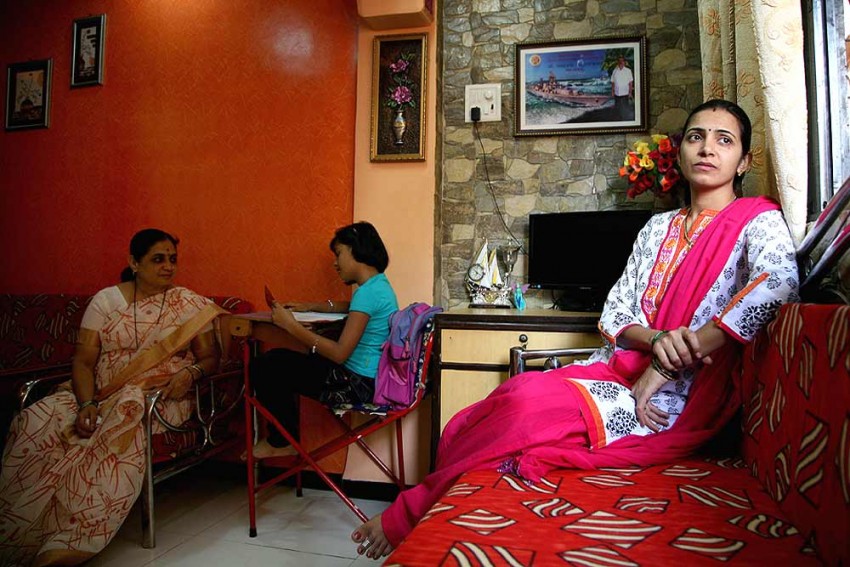 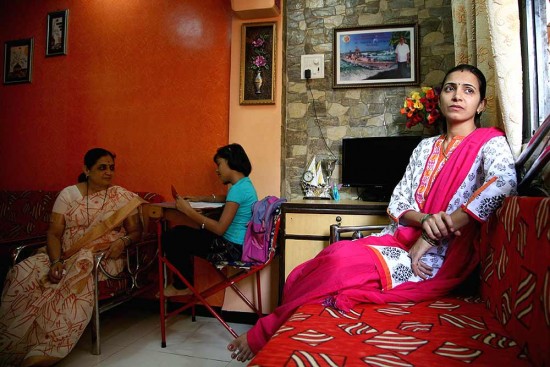 The Blanks, Filled In

It was autumn, 2012. Madhuri Sawant’s son Parag was still in hospital, in a coma, unmoved after six years. Madhuri occupied herself making visits to Mumbai’s Hinduja Hospital, phone calls to the doctors and working in the garden skirting her home in Bhayandar East. Then one day, as Madhuri leaned down to give her brain-damaged son a kiss, as she always did before leaving his hospital room, she stopped, stunned. She felt a light answering peck against her cheek. “Did he kiss me, did you see that?” she recalls demanding of the nurse on duty. In the months since, Parag’s mother saw him come a long way in tiny steps—wiggling a finger one day, blinking his eyes the next, remembering his daughter’s name one day and forgetting it the next. He had reached a point when he could sit upright and eat, speak a little, totter a bit. In the world of severe brain injury, Parag Sawant seemed like a fabulous success story.

On July 11, 2006, Parag, 26, a computer engineer, had finished work at his office in Andheri and got into the local to go to Bhayandar as he did everyday. Only halfway through, a powerful bomb ripped through the running train, throwing everyone out. It was the day 11 minutes shook the megacity, when seven bombs placed in pressure cookers went off inside local trains, killing over 200 people and maiming more than 700. Parag was in a persistent vegetative state for six years after he was found unconscious on the rail tracks. Parag’s father Jaiprakash, a retired welder, had been poring over the TV footage, fearing he’d been trapped in the flames. “He had called home just five minutes before the blasts,” he says, still shaken.

“It’s been eight years since Parag slipped into a coma. The doctors say wait and watch. What can we do?” asks Madhuri.

The hope that surfaced after six years, however, died out soon. The path to recovery after an extended coma is far different from the splashy reports of “miracle recoveries”. The trouble is, turning awareness on among coma patients is more trial-and-error than science. For families hoping for miracles, there is yet another caveat: sometimes, sudden recoveries evaporate. Parag did wake up in spurts after six years, giving his doctors and family some encouragement, but he never really emerged from a vegetative state and the prolonged unconsciousness indicated a severe injury. A couple of convulsions set him back again. “It’s been eight years since Parag slipped into a coma. The doctors say wait and watch. What can we do?” says Madhuri. His wife, Preeti, who got a job with the Western Railways following the accident, is, however, optimistic. “Our daughter, Pracheeti, born in the midst of all the trauma needs him most,” she says. Madhuri is still hoping for the day when Parag will take them all on a trip to the US, as he’d promised.

Outside the AIIMS trauma care unit in Delhi, the hubbub of brooding families never seems to abate. The hospital beds on the fifth floor are occupied by seemingly young kids dull to the world, but Tribhuvan stands out with his severely distorted skull, swollen eyes and heavy breathing. He’s just 15 years old, but his body has had to endure a lot. That’s the price for one night of madness, speed-biking during Navar­atri last year. His brother Krishna recalls the trail of blood, the drama at the hospital and the near-hopeless situation five months ago. Even as the parents seem shattered, Krishna stands out with his steely resolve. For five months, he has lived amidst patients, nursing his brother, turning him over at intervals to prevent the bed sores and feeding him little morsels. Yet, hopes of resuscitation seem dim. 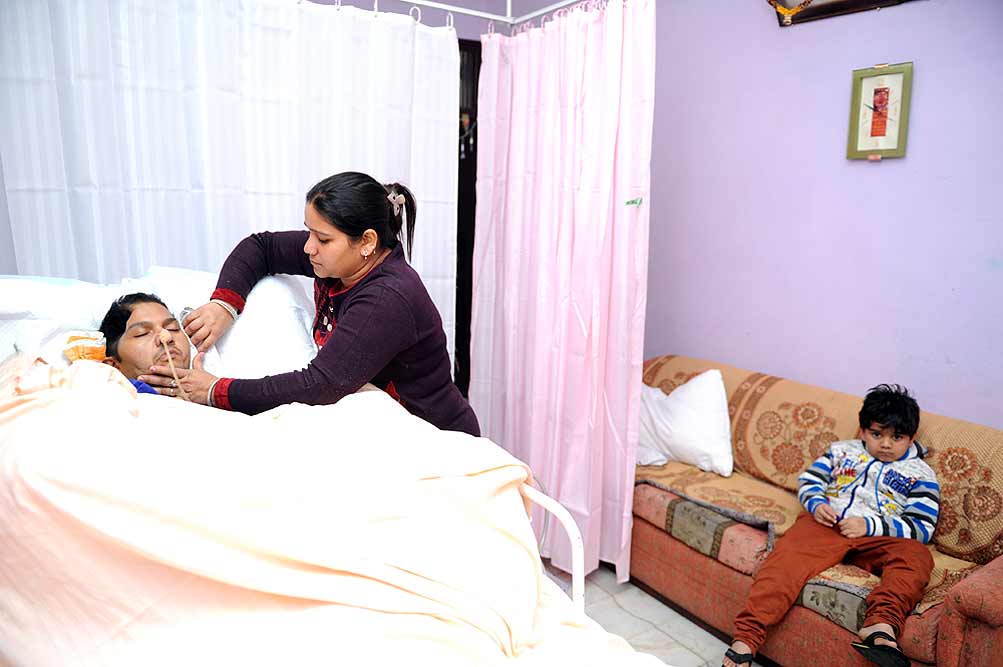 Pooja’s husband Manoj, now in coma, had a freak accident, falling down the stairs. (Photograph by Jitender Gupta)

Dr Deepak Gupta, additional professor of neurosurgery at AIIMS, says, “Even if patients with severe head injuries survive, they run the risk of seizures, need long-term anti-epileptic drugs and respiratory care. It often becomes difficult to afford these medical expenses.” Acc­ording to Dr Shiva Iyer, president of the Indian Society of Critical Care Medicine, even if a patient recovers from brain damage, his personality may undergo a change wherein he finds it difficult to relate to people around him and suffers on the work front as his intellectual capabilities go down.

Quite often, the lives of family members become centred on the care and treatment of these coma victims.

Now imagine this: you are lying on a hospital bed, apparently dead to what is happening around you. But you experience it all the same, hear what is being said about you and you try in vain to communicate with others. This is what happened to Harpreet, a 24-year-old engineering student who’s spent the last three years in a ‘locked-in’ state after being paralysed in a bike crash in Ludhiana. His brother Amanpreet remembers him as a shy boy with “nerves of steel” and a dedicated student who dreamed of making it big in the US. “A nasty accident changed everything, not just for him, but for the whole family,” he says. A family of farmers, they’ve sold their land, taken loans and altered their plans to emigrate to Canada. In Vellore now for a consultation, Amanpreet says travelling with his brother looking at new treatments is his whole life now. There’s hardly a life outside of hospitals. “I was living abroad for three months, but had to come back because my parents cou­l­dn’t manage all the stress.”

The debilitating effects of the coma takes its toll most on the families. Coun­selling sometimes helps. Pooja, a 28-year-old housewife in Delhi, was in shock after her husband Manoj’s freak accident. He fell from the staircase of their house while going up to serve his mother lunch. “Everything spun out of control. My mother-in-law was stres­sed out, financially we’d exhausted ourselves. I was taking up odd jobs and seeking help from family, friends, even the neighbours,” she says. Manoj’s infection had spread, his brain fluid had accumulated and there was severe inflammation. “He had been in a coma for three months and I just couldn’t come to terms with it. Couns­elling was absolutely critical in those days,” she says. According to Dr Deepak Gupta, “When the patient is on the verge of being discharged, there’s a grief reaction from the family because they don’t know how they’ll manage. That’s another tough phase.” But accidents leave a mark. Unfortunately, there’s little to look forward to, except to hope.