Life Is A Telephone Directory

For a political analyst, Kothari's memoirs offer neither politics nor analysis 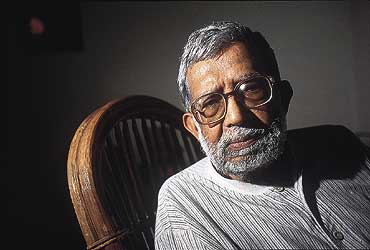 Memoirs
By Rajni Kothari
Rupa Rs 295; Page: 268
Rajni Kothari is in his own words "a highly optimistic individual". Today in his mid-70s, this political scientist has been a somewhat atypical figure amongst Indian intellectuals of the post-Independence generation. Preferring an alignment first with American and then European institutions (the Ford Foundation, the Asia Foundation, the Adenauer Foundation, and so on) rather than those of the East Bloc, he was during the Cold War something of a bete noire for those Indian Marxists who regularly denounced such (now forgotten) fora as the Council for Cultural Freedom. A consummate ‘insider’ at one level, who was at various times associated with powerful political figures from Indira Gandhi to Jayaprakash Narayan, Kothari has also wished consistently to play the role of an ‘outsider’—whether in terms of his academic politics, or in the institutions that he has fostered and created. Over the years, he and a small group around him have emerged into an anti-developmentalist, anti-modernist stance, which is a long way off from his own position in about 1970. One hence begins this book with the hope that it will shed some light not just on the man, but on the collective biography of a generation of intellectuals with whom its author has been associated, and who have barely been analysed so far.

Writing an autobiography or even an intellectual memoir is of course no easy task. At the very least one needs a dose of lucidity, unless of course the purpose of the memoirs is to settle scores with the enemies one has accumulated over a lifetime. The sanctimonious tone of Kothari’s memoirs makes this latter option impossible from the outset. Aside from a few mildly-voiced criticisms directed at certain "academics, most of them leaning towards the CPI-Congress buildup" in the 1970s (such as G. Parthasarathy and Nurul Hasan), Rajni Kothari eschews polemics and instead attempts to focus on what he terms his "three passions", namely ideas, institution-building, and politics. The problem, however, is that the idea of a "memoir" largely escapes him. The best parts of the book are in fact the few pages devoted to his childhood, fortunately free of excessive psychoanalytical trappings. But regrettably, we are soon into an adulthood which—despite the interesting events that surround it—is tediously solemn. We learn that after a childhood in Gujarat and Burma, Kothari went on to Bombay University, and then to a Bachelor’s degree at the London School of Economics. He then joined the faculty of Baroda University, and was launched on his academic career without the benefit of even a Master’s degree, as he recounts proudly. So, we are faced with a sort of half-self-made man, one who largely by dint of his writing was given charge of a number of institutions by his mid-30s.

That at least is what Kothari would have us believe. If there was a political context to all of this, we do not learn of it. Instead, periodically, he lapses into summaries (and long citations) of seminar papers he has presented, lectures he has given, or books he has written. This is very dull going indeed, particularly because he is unable to make a clear presentation of the major debates within which his own work was located, or what was really at stake in the events or processes in which he participated. Typical of this is his account of the founding in 1963 of the important and controversial Centre for the Study of Developing Societies in Delhi, which he insists several times was a "truly democratic institutional structure", unlike most other academic insititutions in India. However, the reader is left somewhat mystified as to how the centre in fact came to be set up, what it was really meant to do, and who supported it.

Nor does one learn much about the rather interesting figures who were associated with that centre at various times (and with varying experiences) from D.L. Sheth and Ashis Nandy, to Sudhir Kakar. Indeed, all these characters appear curiously anaemic and lacking in the vigour that anyone who has seen them in real life knows they possess. Later in the book, in a chapter on ‘key individuals’ with whom Kothari has dealt, we get a listing of names but little else, as if a memoir was a sort of telephone directory. If striking or evocative portraits of intellectual figures are absent, the political relationships are hardly better illuminated. Kothari alludes several times to extended conversations with Indira Gandhi, but these too remain rather elusive as to their content, style or even purpose.

Why this disappointing result? Why write a wooden and lifeless book full of repetition, to sum up a life that must have been far more interesting? In this respect, it is even more remarkable that no one in Kothari’s generation has come up with something better. Faced with this fact, I must confess my own mystification. The only conclusion one can draw is that today’s aspirants to sainthood cannot write readable memoirs.