Lick It Or You're Booted

It isn't just the Congress, an overwhelming adulation for leaders is trait common to all other national and regional parties. 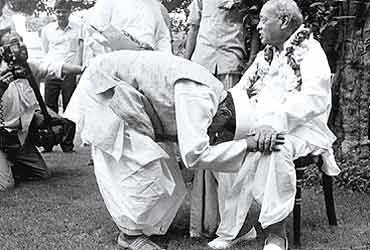 The late Congress president Sitaram Kesri, as a mark of obeisance, places his Gandhi topi at the feet of former Prime Minister Narasimha Rao.

There was a televised farce inside Congress' Parliament office when Sonia declined prime ministership. From Mani Shankar Aiyar to Renuka Chowdhury, all Congressmen played out the greatest live show of sycophany ever seen.

Union home minister Shivraj Patil declared Sonia Gandhi's birthday as Tyag Divas. He stated that the Congress president was Ashoka, Buddha and Gandhi rolled into one.

The normally sober Jayanti Natarajan did the breast-beating act when told Sonia had declined the PM's post.

Sonia Gandhi's decision that she will not accept the prime ministership sparked off hysterical demonstrations outside 10, Janpath with one former MP, Gangacharan Rajput, threatening to commit suicide.

Vajpayee was hailed as a big poet soon after he became PM. Soon his work was being translated by bureaucrats. Would this have occurred if he were not PM?

Hoardings celebrated Vajpayee's leadership along the length and breadth of the new highways that were being built. 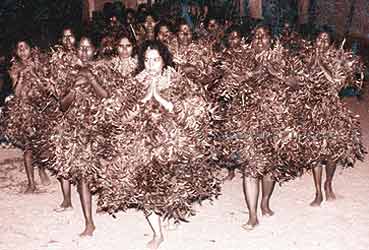 A giant 3,000 kg ladoo was made in Lucknow to celebrate Vajpayee's birthday last year. 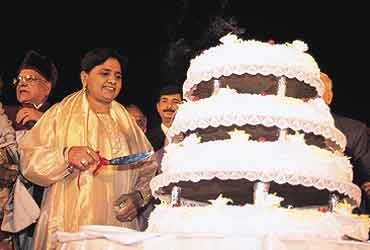 BSP supremo Mayawati's birthday this year had a nine-tier cake and dollops of bootlicking.

The BJP's National Council meet at the Ambedkar Stadium before Elections 2004 to sell Brand Atal was a show of toadyism as leader after leader tried to outdo the others in singing paeans to Vajpayee.

Supporters of DMK chief M. Karunanidhi hailed him as a great Chola king.