Liberation On A Twenty-Two Yard Patch

Amid the Taliban’s ruinous hold, a new opium, cricket, offers hope to Afghans 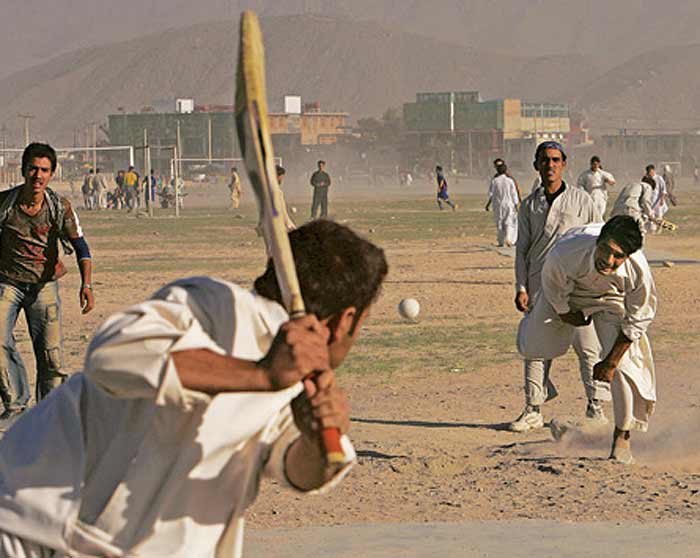 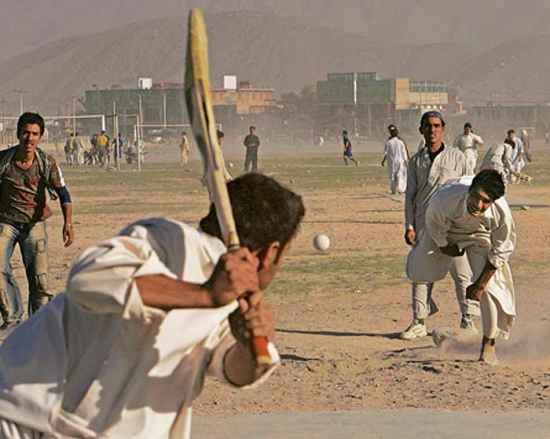 A wonderful title like that has a plus and a minus attached to it. The plus is obvious: you immediately want to read the book. The minus is that it raises the expectations of the reader, so it better be good. The best thing I can, therefore, say about The Taliban Cricket Club is that it lives up to its title.

The book is set in the dark days of Afghanistan when the Soviets had left and the writ of the Taliban ran large in that benighted country. ‘Dark days’, of course, is a relative term; there’s not much light there now either, with American troops about to leave and the Karzai government accused of large-scale corruption. But at least now there is no ministry for the propagation of virtue and prevention of vice as there was under the Taliban, where a man and a woman caught in ‘adultery’ are summarily shot, where beauty parlours, hair-dressing salons and cinema halls are shut; where watching television is haram; where a woman can’t be alone on the streets: if she goes out at all, it has to be with her husband or someone closely related to her. In fact, as the notorious Zorak Wahidi, head of the ministry for the propagation of virtue and prevention of vice was fond of repeating, “Women should be seen only in their home and in the grave”. The Tali‘ban’ were aptly named, because they banned everything: “Computers, picnics, wedding parties, New Year celebrations; childrens’ toys, including dolls and kites, card and board games, and chess”. There were to be “no more cameras, or photographs, or paintings of people and animals. No more pet parakeets, cigarettes and alcohol, magazines and newspapers and most books”.

In this chilling and bizarre scenario, the Talibs suddenly decide that Afghans should play cricket. It’s their attempt to show the human side of their regime; besides, it is a non-contact sport, and the players are fully clothed. When Rukhsana, the spirited first-person narrator of the book, hears this announcement, she is amused: the only national sport in Afghanistan until then was buzkashi, a variation of polo, with a headless goat standing for the ball. (The Taliban banned that too).

The enthusiasm for cricket isn’t inspired by the game, but for the lure of foreign coaching, for which some would be selected.

“Why is the Taliban promoting cricket?” Rukhsana asks herself. “Do the Talib know that they are encouraging the kinds of behaviour they have been trying to suppress all these years? Because they are presenting us with the freedom to express who we are, to discover ourselves, to express our defiance on a playing field...cricket is a democracy of actions and reactions....” Above all, cricket’s ideal is fair play, ethical behaviour, and following the rules of the game. Do the Talibs know any of this?

However, the sudden enthusiasm for cricket in Afghanistan is not because of the game’s attraction or its higher moral values: it’s merely because the selected players will be sent abroad for coaching, thus giving a few young men the chance to escape the clutches of the Talibs. The only catch is that no one in Afghanistan knows a thing about the game. Except for Rukhsana, who learnt and played the game as a student in Delhi. But women aren’t supposed to play games, certainly not with men, so how will our lively heroine impart her precious knowledge?

Timeri Murari has an imaginative tale to tell, and he tells it with the flair of a born story-teller. Rukhsana is spirited and defiant, but she has more than her share of complications in her life: she is engaged to a childhood friend who has escaped to the West; she is in love with an Indian she met in Delhi; and as if that’s not enough, Zorak Wahidi now wants her as his wife.

The narrative moves swiftly, the suspense is piled on expertly and the oppressiveness of Taliban society is described in claustrophobic detail. Aleph, David Davidar’s new publishing venture, has come out with surprising speed with two highly readable books (the other being Jerry Pinto’s first novel). Reason for readers to celebrate.