Just charity isn't enough. Corporate giving has to be collective, and more pervasive. 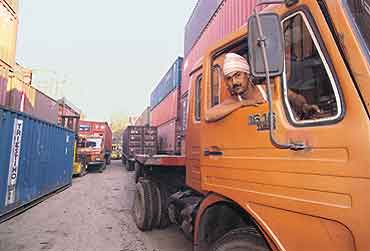 outlookindia.com
-0001-11-30T00:00:00+0553
In post-Independence India, corporate social responsibility (CSR) was an amalgam of what Ghanshyam Das Birla, Jamshedji Tata, Gujarmal Modi, Lala Shri Ram and people like them typified. They built temples, dharamshalas, educational institutions, sponsored art and music festivals. Some got into active community development with a focus on specific areas like adult education and family planning like the well-known Tata initiative. However, CSR basically meant top-management-led initiatives—often through family-owned trusts. There have been four inherent shortcomings with most such work that was traditionally done in India.

One, many such activities did not flow from any articulated corporate mission that bound everyone in the organisation. They seldom galvanised the people's collective power to make a larger social impact using the workplace as a unit of society. Second, the Indian model had little to do with governance. A company could be getting raided for income-tax evasion or making spurious products, and building temples at the same time. Third, the concept of CSR had an angle of "charity" as against building a pervasive organisational culture. Finally, the concept of CSR often escaped the customer angle. A company could be building schools and colleges but remain comfortable with creating poor products and services because the customer had no choice in a protected economy. An automotive company could be seen as charitable and hence considered socially responsible but could be building products that killed through the poor emission standards they followed. It is time therefore to reinvent CSR and we will do well to look at some global examples.

Many companies the world over have made CSR a part of their mission, vision and values. They involve people at all levels and have an organisational view of social responsibility beyond just charitable acts. For instance, when the law did not require Toyota to control emissions, they set up their green car initiative in the 1990s. Xerographic companies I met in Japan in the same period had clear r&d initiatives to create environment-friendly, green copiers. Such initiatives emanate from within and have a very long-term perspective. They are borne out of genuine concern and commitment to society. At home, we see quite a contrast.

In India, till the Supreme Court does not tell me, it is okay for me to pollute the environment. Thus, it is not for the industry to think for itself as to what is good and what is not for living beings around. Let me illustrate the issue with a personal example. For many months, a few of my neighbours were littering the road across my house by dumping garbage. I began to periodically clean it because I could not live with the ugly sight. It was a fantastic learning opportunity for me. When you shift garbage, you know about consumption patterns, you know about packaging and their disposal. Thus, while shifting the garbage, I found that most of the uncollected garbage was made up of plastic and polythene-based food packaging material and diapers. None of these packaging material or diapers carry any disposal instructions from the big business houses that make money by selling these products. Most of these are not reusable. When burnt, they produce toxic gases. It struck me that packaging material during my childhood days was either reusable, like the proverbial vanaspati tin or the biscuit packet made of bio-degradable paper. Today, the packaging revolution has meant that plastic and polythene wrappers coated with environment-unfriendly inks are used to hook the customer from store-shelf and as long as the chosen product—be it biscuits, short eats, soap or pan masala—be mine, I do not care how the packaging is disposed of after use. Why are we not sensitised about such things?

A few days back, I happened to visit the office of a major fmcg company that sells hot and cold beverages. It had vending machines on its premises—all with disposable plastic cups of the variety that litter our roads and dust bins and eventually choke the sewage system. Why can it not use paper cups? Is it not for business leaders to be proactive? Should they not be leading the crusade to educate us? I can understand when the roadside tea stall uses disposable plastic cups because the man is unaware (or goes for the cheaper option)—but here is a company that has some of the best-educated people. If only they followed the plastic cup one day to see where it is finally laid to rest! We do not think that these are issues of CSR. It is so because we do not see a linkage between products and services we create and their wider social impact.

To me, CSR in India has to go beyond charity. Nobody needs charity. It is my obligation to conduct my business in a manner that I deliver profitability with high standards of governance. This is my first CSR. Then, I must think of the consequences of my enterprise and without being policed or pushed by the law, do what is right. Not what is the common minimum, statutorily enforced behaviour.

Lastly, I want to touch upon the need to build inclusion in the context of CSR. Unlike our traditional mindset of driving CSR through family trusts or choosing areas of involvement based on the personal fancy of top management, we need to percolate it to every citizen in the organisation such that two things happen. One, we leverage the power of collective action. Two, it becomes a pervasive thing and does not remain a fringe activity. The other aspect of inclusion is by creating linkages with people outside of the organisation—bring all the people linked to what we do into the consideration set. Think of truck companies. Have you ever wondered why truck companies in India have not looked at improving the lot of truck drivers? They are one of the largest single professional groups at high risk of contracting hiv. In what visible and innovative ways are our truck-manufacturers building inclusion with this group? Why have our oil companies not created rest areas and clean toilets for truckers whose comfort, hygiene and safety is nobody's concern?

There is a lot of giving Indian business houses have done in the last 50 years. The time has come to take a new approach to make it flow out of a larger strategic intent, percolate it down the organisation and use it to build inclusion with communities in which we conduct business.