India, a regional banking hub? Well, an innovation-technology mix could do it for us. 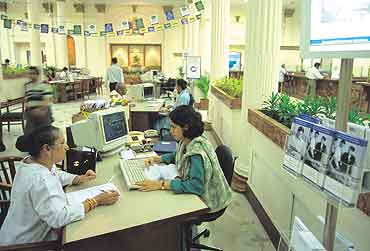 outlookindia.com
-0001-11-30T00:00:00+0553
We have seen India evolve from a moderately growing traditional economy to one of the fastest growing economies of the world in the past decade—a period of rapid growth and transformation. Our GDP has grown by over 8 per cent in fiscal 2004 and by around 7 per cent in the first half of fiscal 2005. The composition of the GDP has also changed significantly, with services now contributing about 56 per cent of the total. With such robust growth trends, the services sector has emerged as a key growth driver of the economy.

Another key development over the past decade has been the favourable shift in India's consumer demographics. The number of households earning over Rs 80,000 a year has increased from 40 million in 1996 to about 60 million in 2005. Parallelly, household incomes have also increased substantially. ncaer data for the top 24 cities in India shows migration to higher income levels at over 40 per cent per annum. At 70 per cent, India has the highest proportion of population below 35 years of age. The Indian population also has a large working class (58 per cent). These are the figures that have paved the way for the robust retail credit growth in India.

The banking sector has capitalised on these positive economic developments and has experienced rapid growth over the decade—and even higher over the past five years. Total credit has grown at a compounded average annual rate of about 16 per cent since fiscal 2000. While retail credit has grown by over 40 per cent a year in the past five years, deposits have also recorded a robust average growth rate of about 16 per cent a year. But despite such fast growth, the sector has not compromised on asset quality. At about four per cent of GDP, the gross NPA level of the Indian financial services sector is one of the lowest in the world. Net NPAs of the Indian retail credit segment are even lower at about 1.6 per cent, according to the rbi.

With the emergence of universal banking in the late 1990s, the boundaries between the roles played by banks, institutions and various financial intermediaries have blurred. Banks have expanded their product portfolio to offer a wide variety of innovative products and services over and above their traditional offerings. Technology has, of course, played a vital role in this. Today, large players offer the full range of financial services including banking, investment banking, mutual funds, insurance products and private equity. Banks have introduced doorstep delivery to customers through agency networks, thus improving customer convenience. Less expensive and more convenient electronic channels such as ATMs, internet, mobile and phone banking are fast replacing the traditional branch banking channel. 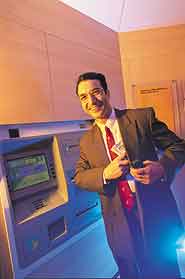 The globalisation of Indian companies has resulted in several international banking opportunities. Indian banks are now focusing more and more on building international operations to cater to the cross-border needs of their clients and to leverage on their domestic strengths to offer products all over the world. The significant NRI and PIO (persons of Indian origin) presence across various geographies has also been a good market for Indian banks and their products. I expect the robust growth trends in retail to continue, given the favourable demographics and the low penetration levels.

In spite of growing at about 40 per cent annually, retail credit still remains a sector of which only a little has been tapped. Consumer credit outstanding as a percentage of GDP is at a low 8 per cent, as compared to over 30 per cent for many of our Southeast Asian peers. Retail growth will be driven by both acquisition of new customers and increased penetration of products in the existing customer base. In addition to volume growth, banks will also zoom in on leveraging scale to reduce costs and improve operating margins. Technology will continue to drive product and process innovation in retail banking.The retail credit industry will also witness increased consolidation activity, with most smaller non-banking players becoming sourcing agents for the larger players.

Corporate banking too will see robust growth due to capacity additions in several key sectors over the medium term. We estimate that corporates will invest over $45 billion in projects over the next 12-18 months. We will see substantial changes in corporate banking over the next 10 years, with an increasing shift to non-core products and greater focus on fee income, because corporates will move beyond traditional bank borrowing and find newer sources of fund-raising as the capital market deepens. Banks with the ability to structure innovative products and offer customised solutions are more likely to meet with success than banks with a traditional product focus.

I also see robust growth in currently underpenetrated segments such as the rural and small and medium enterprises (SME) segment. But banks would need to complement growth in such areas with deep understanding of the segments, innovative products and structures and effective and economical distribution channels such as rural ATMs, robust processes and sound credit practices. Banks would also need to combine corporate and retail banking/lending practices to cater effectively to the SME segment.

In international banking, I see the focus of Indian banks shifting from mainly leveraging on India linkages to leveraging on operating cost advantage and developing product and distribution capabilities to become truly regional (Asian) and subsequently global players. International banking would increasingly contribute a significant portion of the total business of Indian banks, with India emerging as a strong regional hub for banking and other financial services. Given the growing income levels of the Indian population, I also see wealth management and private banking as significant emerging opportunities, at both domestic and non-resident Indian levels. The right use of technology will improve the distribution capability of players and increase consumer convenience, with greater use of emerging channels such as mobile banking service and rural ATMs. Technology will also improve payment and settlement systems of banks. Indian banks will increasingly adopt best practices such as Six Sigma from the non-banking sector to improve operating efficiencies and customer service levels as well as reduce costs.

The next ten years may also welcome several leading international banks into India. Though their increased presence will mean competitive pressures, I believe that the leading Indian banks have developed the product capability and the technological expertise to successfully compete. Further, Indian banks have a competitive edge in terms of their strong distribution network.

I believe robust economic growth and relative under-penetration of financial services will continue to drive financial sector growth. Boundaries between various financial service providers and geographical boundaries will blur further and banks with scale, technological capabilities, strong processes and the ability to innovate will emerge as winners over the next 10 years.

The Ink Is Still Wet