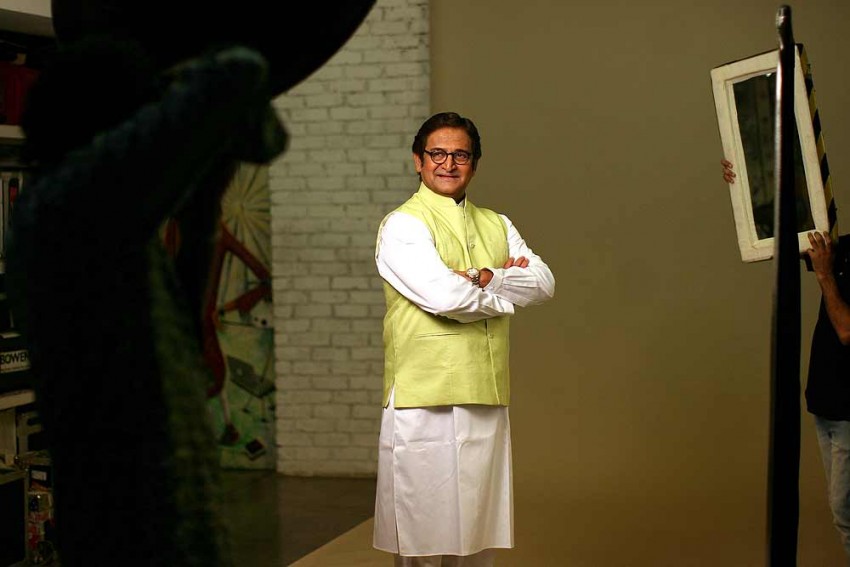 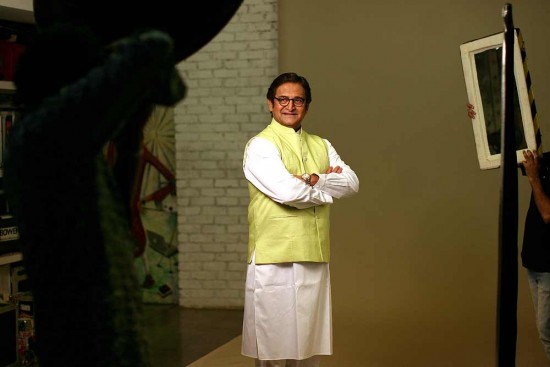 Mahesh Manjrekar is the baddie in most Salman Khan films. He has been a lecherous zamindar, a drunken no-gooder, a terrorist scheming to annihilate India, and has played some risque roles in adult comedies. He has also given Bollywood some critically acclaimed hits like Vaastav and Astitva. In Marathi cinema, however, the work he is most well-known for is Me Shivajiraje Bhosale Boltoy. The biggest box-office hit ever in that language, the extremely divisive and jingoistic film traces the life of one Dinkar Maruti Bhosle, a meek Marathi who has lost his identity in cosmopolitan Mumbai. Everyone tramples over him till his Maratha pride is awakened by the spirit of Shivaji Maharaj, played by Manjrekar.

Does that then make him the ideal candidate for Raj Thackeray’s Mahara­shtra Navnirman Sena from Mumbai Northwest? Manjrekar, who works in perhaps the least xenophobic industry in India—Bollywood—where people from all regions of the country seek refuge and thrive, answers this in a roundabout manner. “Look at the number of people coming in,” he says. “Is the city capable? One can’t fool around with nature. We are reclaiming land and the sea is coming in. Even if you ask a north Indian here, he will say more people should not come. What if there is a tsunami? We are not equipped. Let the existing people stay.” For good measure, he tells you that while in New York there are five trees per person, Mumbai has one for 20 people.

The argument is of a piece with the MNS brand of politics, but what when it takes a vicious turn, like in the recent case of goons smashing a toll plaza in Thane? “The fact is that the current toll policy leaves a lot to be desired,” says Manjrekar. “As a citizen, I pay road taxes, vehicle tax etc. I have a right as a tax-paying citizen to good roads. Unfortunately, nobody bothers about silent protests. Our country as a nation likes violence. It is a way of being noticed.”

He has always been a political person, he says. His father was an active Shiv Sena supporter and he attended several public meetings of Balasaheb Thackeray in his youth. However, the constituency he has landed is not the one where he has spent his childhood, where he continues to live and where he claims to know the pulse of the residents, Dadar in central Mumbai. It is from Mumbai North West that he will be fighting instead, on the city’s western suburbs, home to a curious mix of filmdom’s elite, the old moneyed gentry, south Indians and many slums. Sitting MP and Congress leader Gurudas Kamat is a serious contender, while Aam Aadmi Party’s Mayank Gandhi holds a lot of promise. Maverick Rakhi Sawant and Kamal R. Khan, the dubious celebrity known for his provocative tweets, are adding up more spice to the electoral contest. Critics say Manjrekar’s chances of winning are thin; he may at best cut into the Shiv Sena votes, an allegation Raj Thackeray is having to face—of fielding candidates in Mumbai only to spite cousin Uddhav. In MH27, Gajanan Kirtikar will be flying the flag for Sena.

Manjrekar himself is unfazed and clear about his stand and support to friend and mentor Raj. “I met him some 20 years ago,” he says. “We became friends when I did a play in 1993. I see him as someone who can make a big politician. Unfortunately, the Sena and MNS split, but one can’t wish for everything. My loyalty has always been with Raj.”

All his films and plays, says Manjrekar, both in Hindi and Marathi, have always been about the common man, the injustices meted out to him at the hands of politicians and his eventual rebellion against the system. “All my subjects have been an expression of anger. Whether it is Doctor Tumhi Sudha (Doctor, You Too), Nidaan (Diagnosis), these are all relevant even today,” he says explaining how movies such as Vaastav (Reality), based on the dark underbelly of Mumbai’s organised crime world; Astitva (Exis­tence/Identity), based on issues such as infidelity, patriarchy, an illegitimate child and struggle to save one’s identity in marriage, address complex social issues.

Will this empathy with the common man work for him in the electoral field? Analysts do not lay much store by serious cinema in cementing a person’s political capabilities. And the man who does represent the Aam Aadmi Party, the man who shares only the Gandhi surname but not the aristocratic sensibilities of the Congress’s first family, is dismissive of him: “I do not worry about candidates who don’t have any base with social work or politics in the area they are contesting from.” Mayank is hands-on, touring the constituency, holding several meetings with voters daily. By contrast, Manjrekar holds only a few public meetings and does not seem to be hot on the campaign trail. He says he doesn’t go out campaigning much as it causes traffic jams. Any­way, he adds, going door-to-door to campaign, holding meetings at crossroads, selling himself and the MNS is not his way of operating. “Most people by now know who they are voting for,” he tells you. “I believe one should never take to street violence (never mind his earlier statement of ‘our country as a nation likes violence’). In fact, I feel extremely guilty when traffic jams are caused when I visit people. I don’t think it is necessary anymore.” Does he really think he stands a chance against a stalwart like Kamat? “Even if I lose, I’ll continue to work in my constituency. There are many rich and many poor people here. I will get the rich to provide free medicines for the poor.”

And if politics fails him, there is always cinema to go back to. He is busy remaking his critically and commercially acclaimed Kakasparsha (Touch of a Crow), an allegory on the last rites in Hindu scriptures, in Tamil and Hindi with none other than yesteryear actor Arvind Swamy (of Mani Ratnam’s Roja, Bombay fame), making one more comeback to Bollywood. That’s just where the real Manjrekar followers may head anyway.