For many who can’t afford to buy all the books they would want to read, lending libraries are a saviour 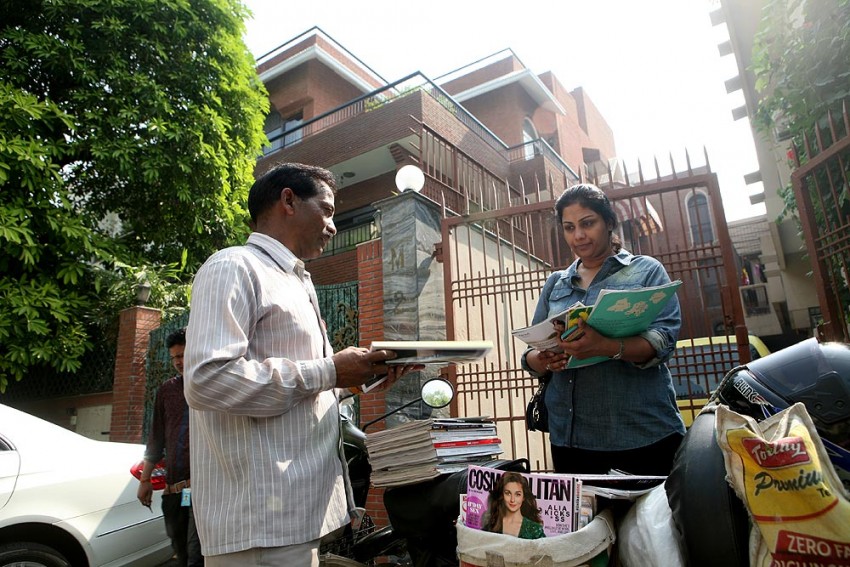 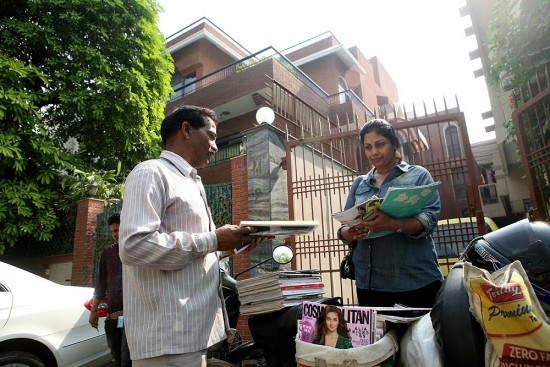 At 73, Saroj Gupta goes to the market almost every day to exchange one magazine for another. She has a monthly magazine plan with a vendor which allows her to get 30 magazines for Rs 400.  For another Rs 300, the vendor is willing to deliver the magazines to her home, but they will be limited to only five a week. But Saroj, a woman who is careful about her spending, feels it’s a rip-off. “I don’t mind going out and getting the magazines,” she says. The money apart, “why should I lose out on the other magazines?” An avid reader for the last 20 years, Saroj says she is addicted to her daily dose of news, culture, gossip, puzzles, how to’s and much more.

Magazine lending is a subsidiary income opportunity for many in the retailing business. A few additional copies of over 50 magazines and a steady client base ens­ure that it evens out the ups and downs in magazine sales, if not overcome them altogether. Custo­mers get to choose magazines of their liking from a wide range, pay only a marginal amount for a magazine, and read a new one as often as they like. Yes, the mould still works. “We have about 5,000 customers across our four branches,” says Richa Chadda, owner of Easy Lib­raries, which has two branches in Bangalore and Hyderabad. “There are different plans for books and magazines, starting with Rs 300, in which a reader can exchange a magazine any number of times.”

Lending plans vary with every business. Some follow a monthly and annual subscription cycle; others have a fixed rate for a clutch of select magazines. Some others follow a ‘take one, pay for one’ policy, where the customer pays for the magazine and gets part of the money back when she returns it. Eloor Libraries is one such chain which charges 10 per cent of the marked price on each magazine. It has 5,000 customers across its branches in Calcutta, Chennai, Bangalore and Thiruvananthapuram. ‘I Love Read’ in Coimbatore has a minimum subscription fee of a month or year, followed by a no-limits policy. “There are no due dates, no late fees and no limits on the number of times a customer can ask for a delivery,” says Karthika G., manager at I Love Read.

While plans vary, customer profiles and preferences also differ. “Our clientele depends a lot on the area. A newly develo­ped, urban colony has younger readers, the older settlements have older customers. Their preferences in magazines also change accordingly: the younger lot likes a bit of news, tech and entertainment; the older ones tend more towards Reader’s Digest, Women’s Era and the like,” says Prathamesh Nandish, manager at Frie­nds Library, which has branches across Mumbai, Pune and Nashik. Most claim that the percentage of women readers is much higher than that of men. For many, their own love of reading has translated into the need to spread the joy around. That is how Harish G.R. started a localised magazine circulating library. And Nidhi Verma founded Book me a Book, a lending library, to preserve her own passion for magazines, and inculcating that love of reading in others.

Yet, the trend of magazine circulating libraries is witnessing a downfall. Many magazine libraries have tried keeping up with the Joneses and gone online: Frie­nds Library, I Love Read, Book me a Book and Easy Library straddle both worlds now. Some have started stocking books to meet demand, but many have lost business altogether. In some cases, the logistics of the business are proving hard. “I will have to shut shop very soon,” says Harish. K.B. Sabu, manager at Eloor Libraries, says they stopped stocking magazines because their  clients preferred buying them.

Not everyone is giving up as easily, though, even in the face of their customers dwindling. “Two years ago, I had around 200 customers, now I have 90,” says Vijay Kumar, a 46-year-old local magazine vendor in south Delhi, who started working 15 years ago. He has  upgraded from a cycle to a scooter in the hope of expanding his area of business. And he is a saviour for people like Kumud Chow­dhary. “When we lived in Asansol,” says Kumud, “magazines were my greatest company. A boy would come every alternate day to give us new magazines and take away the old ones. In Delhi, I couldn’t locate a lender who would deli­ver, and to buy all the magazines would have been expensive.” She had almost given up when she found Vijay Kumar. And she has magazines back again for company.

By Stuti Agarwal with inputs from Srishti Gupta