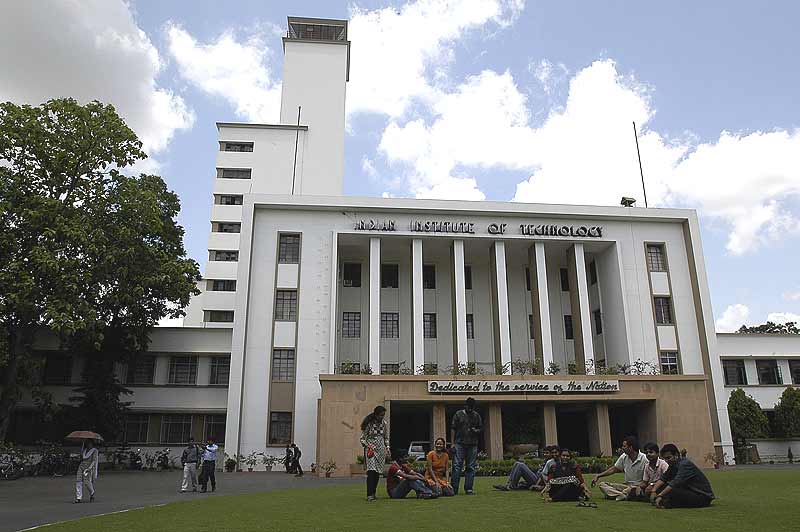 It’s not usual for investigative agencies to have to go after heads of institutions of higher learning. But that’s what is happening: the NCERT director faces a vigilance inquiry, the IGNOU vice-chancellor a CBI case, the Aligarh Muslim University (AMU) vice-chancellor a CBI inquiry, and two IIT directors face ministerial inquiries. The money involved is no small change:  altogether, the irregularities being probed amount to Rs 522.52 crore. The IGNOU case alone involves Rs 470 crore, and the IIT Kharagpur inquiry about Rs 2.5 crore.

At NCERT, most recently in a controversy, investigations began with a complaint from the Society for Awareness and Fight against Corruption. The allegation was that Prof Parvin Sinclair, who took charge as director some six months ago, had committed irregularities in the purchase of paper meant for textbooks and pulp board meant for textbook covers. In May, the Central Vigilance Commission (CVC) recommended an inquiry against Sinclair.

The NCERT director is alleged to have procured paper and pulp-board for textbooks in violation of tender rules.

According to audit reports Outlook has accessed, NCERT decided to procure about 11,500 tonnes of paper and 310 tonnes of white pulp board for 2012-13 textbooks. It invited tenders and received responses from eight mills. According to rules, samples received have to be tested and cleared by the Central Pulp and Paper Research Institute, Saharanpur, and IIT Roorkee. However, before receiving the reports, Sinclair had the sealed tenders opened and began the process of allocating contracts—which is against the rules. By January 27, contracts were signed with Shreyans Industries Ltd and Shah Paper Mills for supply of paper worth some Rs 50 crore.

Says Arjun Dev, a historian and former faculty member of NCERT, “My point is, if there is a complaint, the inquiry should be transparent and findings should be made public. This will contribute positively to belief in the system. In the Sinclair matter, the HRD ministry should make the findings public.”

And J.P. Purohit, general secretary of the body that filed the complaint, concurs. “The inquiry report should be in the public domain to ensure that we continue to keep faith in the system,” he says. “There’s no democracy in the council. If we raise an alarm about any wrongdoing, suspension orders are handed to (junior) people. This is unfair. We want an inquiry against the secretary and the director of the council.”

The other senior academician in trouble is V.N. Rajasekharan Pillai, former vice-chancellor of IGNOU. Inquiries against him have been on for some time, and culminated in the CBI filing a case on July 27. The main allegation is that he granted permission to run distance education courses to two universities in violation of rules. Some officials of his administration and officials of the Punjab Technical University and Sikkim Manipal University, which profited from Pillai’s decision, have also been named.

Pillai granted affiliation to the two universities to conduct two courses in the distance education mode. These were  actually meant to be conducted as classroom courses. The Punjab Technical University admitted several lakh students at its 894 centres and made a Rs 384 crore profit, while the Sikkim Manipal University admitted 17.6 lakh students at its 728 centres from 2004 to 2011, profiting by Rs 85 crore. CBI sleuths say they are trying to ascertain if Pillai received illegal gratification for favouring the two universities. Asked for comment, Dharini Mishra, spokesperson for CBI, said, “We have registered an fir in the matter. The agency cannot talk about matters which are at a preliminary stage.”

At the IITs, it’s a matter of promotions despite implication in controversies—with quid pro quo recommendations. IIT Kharagpur director Damodar Acharya is one player, and the other is IIT Bhubaneshwar director Madhusudan Chakraborty. As AICTE chairman from May 2005 to June 2007, Acharya had overruled an expert committee’s report and granted extension of approval for Padmavathi Engineering College, Tirupati, despite the college not having the stipulated faculty strength. The CBI had probed this and recommended departmental action, including major penalties against him. The HRD ministry had also issued a showcause notice to him.

But when the time came for seeking extension of Acharya’s term, he found ready recommendation from Chakraborty. The latter is not free of taint either: he is being probed for the alleged illegal purchase of equipment worth Rs 2.5 crore at IIT Bhubaneshwar. And it is not surprising that among those who recommended Chakraborty’s name for directorship of IIT Bhubaneshwar was Acharya, under whom he had served as dean at Kharagpur.

Another IIT director under the scanner is Prof Anil K. Bhowmick, who is the director of IIT Patna. As dean for sponsored research and consultancy at IIT Kharagpur, Bhowmick had gone against the norms in awarding a software development project to a private firm. Both CAG and CBI have indicted him; in fact, the CBI had recommended “major penalty” (which includes dismissal) against him. But Bhowmick has instead won a promotion; he has been heading IIT Patna since 2009.

Dev says he finds nothing unusual in such promotions. “In the past, I had filed complaints against an NCERT director. The inquiry was conducted but its findings were never made public. And he ended up winning a UNESCO award.”

In comparison to these cases, the goings-on being investigated by CBI at AMU seem of much lesser magnitude. Nevertheless, the very fact that the vice-chancellor of this prestigious university, P.K. Abdul Azis, faces a CBI inquiry is shocking. Though an fir hasn’t yet been lodged, the agency is conducting a preliminary inquiry and has collected nearly 50 files of important university projects in which Azis is alleged to have committed irregularities. Earlier, the Union HRD ministry had set up two panels to investigate him but nothing came out of that. Later, the investigation was handed over to the CBI. Sources said the irregularities related to finances, but refused to divulge more, including the amounts involved.

It seems it’s a season of investigations—rather than research—at our institutions of higher learning.

The Eyes Of The Beholden