Lay-Off Fires Get Them Hired

In the super-slippery job market, ­headhunters find a new avenue for their expertise­—exit management 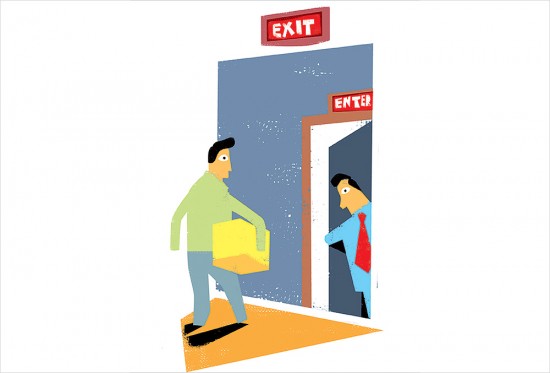 On the day of the union budget 2017-18, editorial staff of a leading newspaper group was preparing reports and analyses on how it would impact their beats for the rest of the year. At the end of the work day, several employees were told to go to the group’s headquarters in Calcutta for a meeting. Those working in the Ranchi bureau were given an air ticket and checked in at the airport early next morning, wondering what it was about. Was it an appraisal meeting or a strategy meet? They made mental notes on what to say in either case.

A few hours later, they were ushered into a waiting room, where many other nervous employees sat. It slowly dawned upon them that this was an ‘outplacement’ meeting, as, one by one, other employees entered and left the conference room displaying a variety of emotions. One woman reporter ­refused to leave the office and thr­eatened to call the police immediately, another cried and gasped for air, someone refused to go in. Those in the waiting room searched for some sign that their turn would not necessarily mean a pink slip.