In Kashi and Mathura, Muslims have a nervous eye on the future 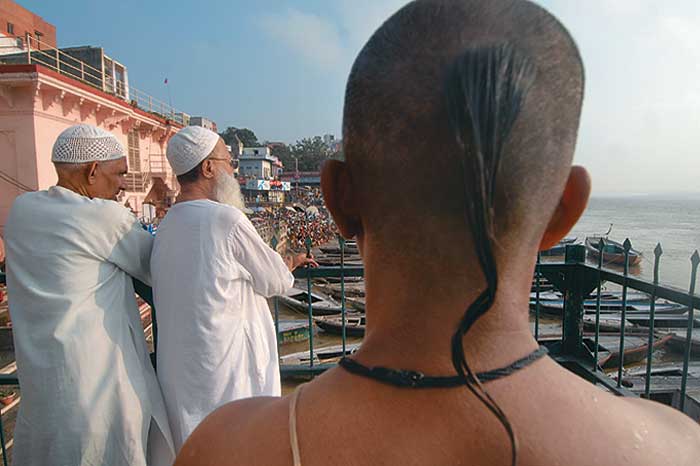 Just a kilometre away from Kasai Bara, the Muslim ghetto in Mathura, Ravikant Garg, two-time BJP mla from Mathura, sits in his sparsely furnished office, coordinating the birth anniversary celebrations of RSS ideologue Deen Dayal Upadhyay. It’s a busy day for Garg. The celebrations will have high-profile participants, including BJP president Nitin Gadkari and senior leaders of the RSS. With the trademark tilak in place and prasad from the Krishnajanmasthan temple to offer, Garg is more than happy to talk about the September 30 Ayodhya verdict. He says his happiness is just a reflection of the mood of the ordinary Sangh worker in Mathura. The dejection is gone, the grassroots worker is upbeat. “The Ayodhya verdict has infused new enthusiasm among the cadre. We have been waiting for this for the last 18 years,” he says. He is keen to reveal the new slogan doing the rounds among the saffron brigade in Mathura: “Ayodhya hui hamari, ab Mathura ki bari (Ayodhya is ours, now it’s the turn of Mathura).” 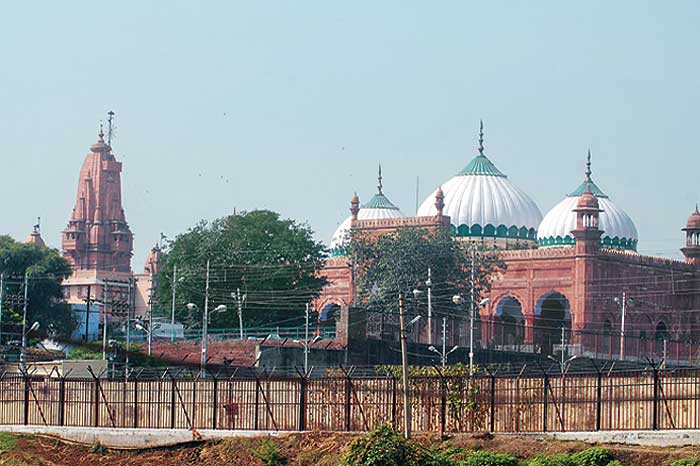 The Keshav Dev temple and Shahi Idgah in Mathura

Traffic blares outside Garg’s house. The road leading to the Krishnajanmasthan temple is dotted with pilgrims. Next to the mandir is the Shahi Idgah mosque which the Sangh parivar alleges was built over a Krishna temple razed by Aurangzeb in 1659. The mosque at Mathura and the Gyanvapi masjid at Benares are often referred to as future Ayodhyas by the parivar since it is alleged that both were built after razing temples. While a civil suit was filed in 1991 in the case of the Benares mosque, no legal action has been taken on the Shahi Idgah.

There are no signs of the heavy security presence in Mathura that was in place on verdict day. Shopkeepers are happy that business is back to normal. It was severely hit during the run-up to the verdict with PAC jawans, CRPF and UP police personnel literally taking over the town. Dharmendra Jadaun, 28, a shopkeeper in Deeg Gate says, “It was a moment of joy for all of us. The Hindus here are happy. That said, the relationship between us and our Muslim friends has not changed after September 30. We have always lived like brothers.”

Jadaun’s words find resonance among several Muslims. Sixty five-year-old Liyaqat Ali, a fruitseller, says, “The judgement is good. Even if we got a third of the entire land, at least we got something. That should be celebrated.” Adds Akbar Quereshi, 70, a scrap dealer: “The judgement has been pronounced. With that, the tension and the fear is gone. We were tense till the 30th.” Being a minority (one lakh Muslims out of a total 25 lakh population), such studied optimism probably comes from compulsion. Particularly when the community is entirely dependent on the temple and commerce around it for livelihood. “The temple is the only industry here. Most of us are either weavers catering to the needs of the temple or depend on pilgrims who come here,” explains Haji Hussain, who runs a shop close to the Krishna temple.

“The judicial system in this country can’t be trusted anymore. This can happen in Kashi next. After all, it’s the VHP’s longstanding promise.”

Such economic compulsions may be true for Mathura. But 800 kilometres away, Benares, one of the main Hindu holy centres, throws up a different picture. The narrow lanes of this temple town are also choked with pilgrims and tourists. Life seems to be all calm. But that’s on the surface. Look deeper and you see things are simmering. Welcome to Madanpura, a Muslim locality. “Would you call this justice?” asks 50-year-old Mohammad Noomani, a weaver. “The court had been given the job of deciding who owned the land. Their job was not to divide it. What the court has done is worse than what happened in 1992.” Mohammad Ibrahim Ansari, 73, is enraged. “The court has divided Hindus and Muslims once again. I feel a little less Indian today. We had put all our faith in the judiciary and it’s let us down. Our faith in the judicial system and the government has gone forever,” he says.

In Benares, the bone of contention is the Gyanvapi masjid which stands next to the Kashi Vishwanath temple. The Hindu side believes that a Shiva temple was razed by Aurangzeb in 1669 and from its rubble the mosque was built. In 1991, a civil suit was filed in the Allahabad HC in this regard. The plaintiffs on the Hindu side include Lord Vishwanath himself and Pandit Somnath Vyas. The defendants are the Anjuman Masjid and the Sunni Waqf Board. The  case is still pending.

Maulana Abdul Batin Nomani, the representative of the town’s Muslim community, sums it up, “Our hopes have been dashed. We had hoped for justice...but justice was not done. The verdict will open the doors for troublemakers in outfits like the VHP, Shiv Sena and the Bajrang Dal. Muslims here now fear that these forces will take confidence from this verdict and demand the same for the Gyanvapi masjid.”

Indeed, the fear has seeped down to the ordinary Muslim. In Lallapura, another Muslim ghetto, sentiments are running high. Discussions over the September 30 verdict are still not over. A week after the judgement, chai shops still buzz with groups talking about the verdict. “Babri was not just a mosque. It was a symbol of the Muslims in India. The court has made us second-class citizens today,” says Ramzan Ali. Adds Ghulam Gaus, a 45-year-old weaver, “The property was ours and the judgement has given it to someone else. Injustice has been done.” Choking on his words, Mohammad Islam, 35, says, “The lumpen lot have been empowered. No one likes to spell it out, but we are scared that the Vishwanath temple dispute will meet the same fate. Behind closed doors,  every Muslim in Benares fears this.”

What is worrying the Muslim is the verdict comes despite the Places of Worship (Special Provisions) Act, 1991, which makes it impossible for anyone to change the status of a religious place, including Kashi. Will Ayodhya become a precedent? Atiq Ansari, who heads the weavers association here, points out: “The verdict was based on faith, not evidence. It’s strange that the court decided to acknowledge the faith of the Hindus but not that of the Muslims. The judicial system in this country cannot be trusted now. The same thing can happen here. After all, it has been the VHP’s longstanding promise to the Hindus.”

Ansari’s fear is not entirely unfounded. Dharamguru Kameshwar Upadhyay, who is closely associated with the VHP, makes it clear, “Kashi and Mathura are as important symbols of Hindu pride as Ayodhya and Somnath. The BJP can go on advocating restraint. The sant samaj will not listen to the BJP. The new generation of Hindus has new-found energy after this verdict. Only time can tell what this energy will unlock. Whatever be the case, Hindu pride will win.”

Dissent, A Headline In Nastaliq Unicode