Lakewood City Is Made Of Papier Mache 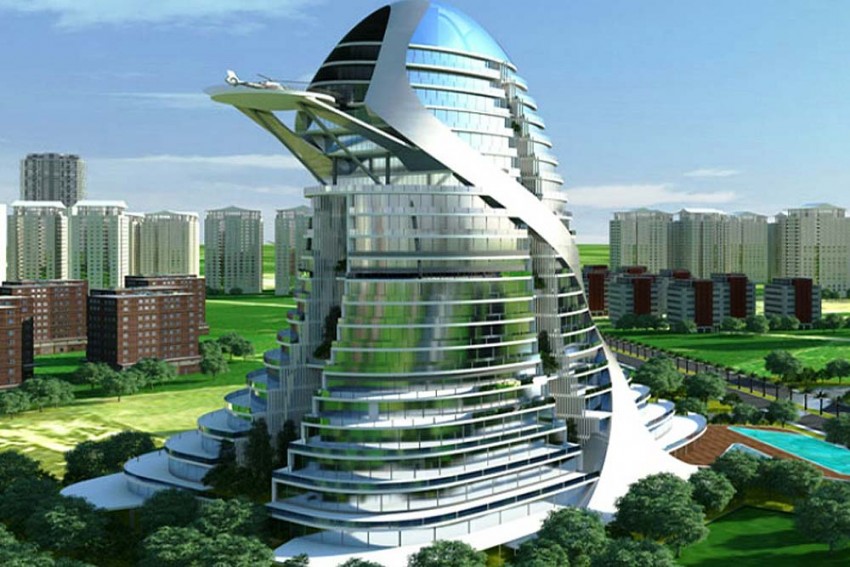 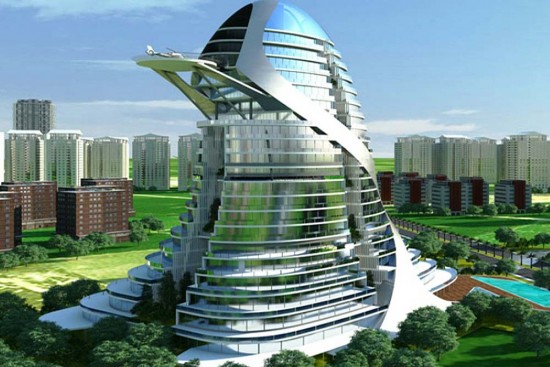 Take a drive in any big city—New Delhi, Mumbai, or Bangalore. Start from the physical centre and travel outwards, through suburbs, to outskirts, and beyond. You will experience, in one continual evolutionary sweep, the conception, design, quality and range of India’s urban architecture. From Mumbai’s commercial Georgian centre, or Delhi’s Connaught Place, or Ban­galore’s restorative green parkland, the move outward is towards increasing centrifugal chaos and demographic con­flict, a reminder of architecture’s physical and spiritual decline.

Wherever you go, the environment is in continuous flux: buildings shove, encroach and usurp land, a new building is rising, an old one is being torn down, a house is acquiring a second floor, telephone lines dug, construction material lie on the road. Roads are broken up, concrete sewer pipes placed along mountains of earth and uncollected garbage. Against a hot white sky, suburban malls and glistening office structures rise in steel, glass and brushed aluminium, glinting, reflecting and mirroring—futuristic foreign expressions set in Indian wilderness. Migrant labour huddle under their high-tech reflections; pigs and dogs stroll in the dirt near glassed and air-conditioned Reebok, Benetton and Levi’s outlets. Wads of notes change hands between builder and agent. In full public view, the schizophrenic character of the new India is on permanent display.

Cultural historians dub the rapid changes of the last decades into convenient categories: post-colonialism, Nehruvian modernism, derivative capitalism, constructive regionalism. Certainly, there is no denying that patterns of consumption have changed. The infusion of money, the transfer of technology, and indeed the complicity of design with business, has lent an unusual urgency to architecture that has changed the tenor of buildings altogether. In the recent past, place after place, all across India, have witnessed large-scale demolition of the old quarters and a full-scale invasion of the countryside. Repeating apartment highrises have replaced old bungalows; whole villages have been swallowed up in the rush to urba­nise. Beyond the gates of old towns, new mega cities are on the rise—rough, raw and still unmade—concentrated bisections of land divided into plots and transacted like instant noodle packets to hungry hands.

The builder’s grandiose agenda infuses unnecessary ambition in the architect, along with pretension.

Capitalising on the obsessive Indian urge to own a family home, the builder sells the new domestic ideal as a commodity—AC, valet parking, marriage hall, swimming pool, golf view, barbeque—and calls it ‘community’. Architecture is a temporary stage-set of rising affluence, falsely promoting a sense of fulfilment behind high gates. The disjointed nature of these gated communities is conceived in obsolescence. Surrounded by boundary walls, they only demonstrate their own frills and thrills, but form no links with neighbourhood or street. Along their high, electrified fences rise monumental hoardings: Come to Lakewood City, Live life king-size in Montego Park. Own your Luxury Villa in Belvedere Park. For God’s sake, get away from the wretched city!

Called upon once to design a luxury highrise in Ludhiana, I was at a loss to relate the idea of domestic abundance to the despairing, dispirited industrial blight of the city. While, AC, pool and underground parking were now essential to apartment life, real luxury meant the provision of ridiculous and impossible facilities. Besides, so unused was I to luxury in my own life that I could hardly conceive of it for others. Only when I realised that architecture was now part and parcel of smuggled goods—like fake Nikes and Chanels snuck across borders—could I take the project seriously.

For a long while I wracked my brain in search of the frivolous and flippant, thumbing through Scandinavian design magazines and checking Brazilian vacation websites, in the hope of finding some mismatched idea that would be wholly unsuitable for suburban Ludhiana. But I couldn’t. Till I saw the Burj Khalifa, the world’s tallest building, an all-glass skyscraper, baking in the Dubai heat. Then, I too was gripped with serious and extravagant irrationality.

The final scheme was conceived as two 60-storeyed towers, each floor housing lavish colonial bungalows with private lawns. Suspended on extensive bridges between the towers were swimming pools, clubs, tennis courts, golf ranges, shopping centres and running tracks. You could walk out from your 50th floor living room, and stroll across, as if on ground, and play a few holes of golf. Or do an easy breast stroke in the evening lights of downtown Ludhiana in the distance, 30 storeys below you. The scheme was nightmarishly expensive and technically impossible. I was sure it would be rejected instantly. But the builder applauded, and explained without a hint of irony that people desire only what they cannot afford.

In a place which typified the worst of the present—a grotesque symbolism, inappropriate design, corruption in the building trade, inefficiency, lack of trust, poor quality of implementation, and a singularly destructive apathy towards the surroundings, I had played a major role as an enabler to the task. The plunder may originally have been of political or business origin, but the players—the developer, the financier, the builder, the architect—who grappled with the action were single-minded in putting the plan into effect. The incentive to plunder was the primary reason to design and build.

The results of such a nexus are all too visible. When individual traditions and local identities are forsaken, the sameness of buildings that occur in places as varied as Singapore, London or Mumbai is an admission that the architect’s role is no longer a feature of relevant local experience. We build in India what is readily visible abroad. Sometimes the bui­lder’s grandiose agenda of malls, hotels and IT complexes confuses the architect with unnecessary ambition. In the glow of the neon, he too is transported into a heightened state of self-absorption and pretension, and is left with the belief that his work has changed the quality of lives. To his mind, these mega projects spell new ways of living and thinking.

Do they? Is there indeed a resurgent optimism in the newness, or is it just a glint in the steel and glass?

We live in perpetual hope. Every generation believes the next will be a better one. In the midst of such a calling, arc­hitecture is a centre-piece of optimism. If it is to serve as a vehicle for transformation, its meaningless personal, artistic, structural and industrial identity needs to be replaced by env­ironmental beliefs and social ideas. The real source of arc­­hitectural content lies in the present, in ways that building expression becomes a testing ground for humanitarian ideals. Architecture’s most potent message lies in the public perception of what a building is, and what it can do to them.

In a country where expectations are low, there is, of course, all the more reason to initiate action that may lead to some gratifying result. In a time of such broad leaps in agricultural science, domestic technology, automotive engineering and industrial design, architecture survives unfortunately in a state of fearful execution. Nothing extends the limited scope of construction into new untested waters: no dreams, no new ideas, no professed aims, no philosophical deviations to chart a different line to affluence, no technical or humanistic app­roach to housing, no great feats of engineering, nothing. None of the urges and inclinations expected of a country embarking on the heroic task of physically redefining itself through new buildings and new cities. Perhaps one day the tactile and sensory qualities of architecture as essential to maintaining intellectual and emotional connections to people and places may act as a bridge between the present despair and that distant hope for an imaginative future.

“Help, The Termites Are Spreading”