Falls way short of the expectations set by the debut outing: it's not even a basic, entertaining masala film. 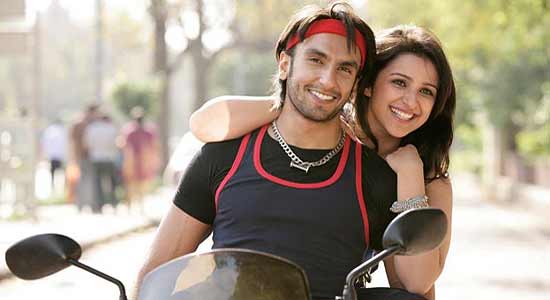 Blame it on the curse of the sophomore film. Maneesh Sharma’s Ladies vs Ricky Bahl falls way short of the expectations set by his debut outing, the fresh and frothy Band Baajaa Baarat. Besides Sharma, the film boasts some of the best Bollywood backroom talent: writers Devika Bhagat and Habib Faisal, cinematographer Aseem Mishra, lyricist Amitabh Bhattacharya amongst others. But let alone offer anything remotely distinctive, they are unable to even deliver a basic, entertaining masala film.

The story of a conman (Ranveer), who charms ladies off their feet and then scoots with their wealth, begins on a note that’s a throwback to Khosla Ka Ghosla and then moves into the familiar Bunty Aur Babli territory. The film races with the scamster from Lucknow to Delhi to Mumbai to eventually find its finale in Goa. The story doesn’t have much meat to it, and leaves you wondering how sensible women can be so easily duped. The second half, involving the ladies’ revenge, pulls it down further. The redemption of a crook through love is unconvincing and seems thrust into the narrative for the sake of resolving it with some uncalled-for emotional atyachar. Only one Lucknow line, “ungli mein saddi ki tarah lapetna”, manages a feeble impact. Rather than explore the character of the locales (which Faisal and Sharma are so good at when it comes to Delhi), the film reduces them to familiar cliches—old world, tahzeeb-driven Lucknow, business-like Mumbai, laidback Goa and garish, Punjabi Dilli.

Sharma’s Band Baajaa Baarat was a film straight from the heart, Ladies vs Ricky Bahl is constructed to the core. The deliberate Yashraj-isms grate: the below-average songs are choreographed identically, as though they were shot in a single day, each focusing on the hero/heroine with dancers doing aerobics-like steps in the background. Is it mandatory for yrf heroines to don teeny-weeny bikinis?

What works is the confident presence of the actors. Newcomer Parineeti, a cousin of Priyanka Chopra, is self-assured and Dipannita is a surprise. Anushka is her usual poised self. Ranveer, though, needs to break out of the crook with a good heart slot.