Kyunki Magic Has No Borders | By Ekta Kapoor

J.K. Rowling is fine. GoT is fine. Then why is Nagin regressive? 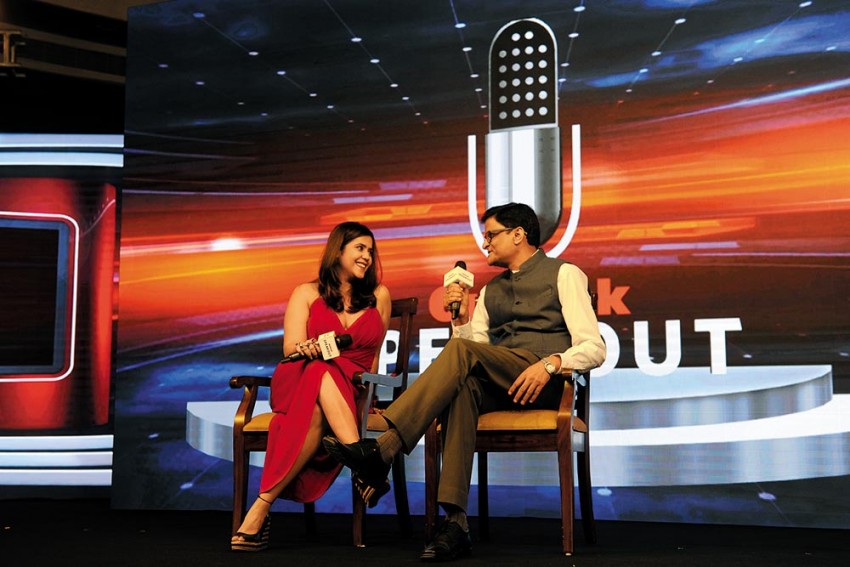 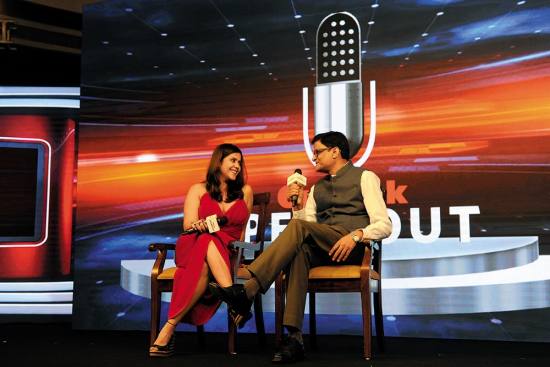 It’s a myopic view of some people to call our television serials regressive. They don’t see what we see in a show. When I ask them about the reasons for calling our shows regressive, they say that we depict women wearing bindis and big jewellery, who are always crying. But that is not regressive. Regressive is a mindset. You can find a show tacky, melodramatic or over the top, but that is not regression. It would be regression if I ever show women in a poor light. Of course, I show the vamps and the heroines who are fighting against each other. I am also accused of portraying holier-than-thou women. But then, I am also showing strong women like Tulsi (Kyunki Saas Bhi Kabhi Bahu Thi) and Parvati (Kahaani Ghar Ghar Kii) to a woman in a village who doesn’t even get a chance to speak in her house. Such characters influence her to take big decisions.

On television, we have dealt with dom­estic violence, marital rape and even something like breast examinations for cancer in our shows. That is not regressive, that is informative. If you can actually call something regressive just because the women wear too much jewellery, then you are regressive.

They also find my show Nagin regressive. But how can folklore be regressive? They believe that it stokes superstition. Well, it is akin to saying that Game of Thrones is promoting dragon birth. Nagin is actually the story of a shape-shifting snake-woman (ichchhadhari nagin) who is out there taking revenge. How can it be regressive, promoting superstition in a country that believes in the folklore? There are super­heroes worldwide and you cannot take away the fact that shape-shifting nagin is among our superheroes. It is weird that you can accept a house of magic in a J.K. Rowling novel but the magic becomes regressive in India. It is basically your rules. You want to sit on the top of a tower and condemn anything populist. It is nothing short of a high-brow attempt to disregard anything entertaining for the masses as plebian. It is a sad situation that we cannot call out these sitting-in-a-high-castle critics.

And what about my progressive and radical shows? Ajeeb Daastaan Hai Ye, for example, didn’t work? You didn’t accept it because you don’t want to sit and watch such shows. You only watch international shows and yet, you want us to make something you will not watch. So why should I do that?

I do a lot of work and I learn something from each of my show. Every day, I am getting a little more of the taste of what my audience wants. I fail a lot but only my success is talked about bec­­au­­se of the sheer volume of work I do on television, in cinema and lately on the digital platform.

“We have dealt with dom­estic viol­ence, marital rape and even breast cancer. That is not regressive, that is informative.

The web series is a new medium and a lot of big players such as Netflix and Amazon have come up, pumping in lots of money. But I believe that fortune fav­ours the brave. I can’t get scared by the competition. I don’t know the meaning of it. I can only work like an ostrich, which does not look left and right. I believe that if our content is good enough it will be watched at the end of the day. I know that I have to play the content game.

The global players will do whatever they have to do and will have big shows by the dozens with big stars. Netflix and Amazon Prime Video are not only empowering brands but they are also damn good at their job. They have international resources and India is the next market they are looking at, which makes it absolutely tough for me because I don’t have the catch-up content. I don’t have their libr­aries of shows. And yet I have deci­ded to jump into this because what I do have is a little bit of knowledge of the Indian audience.

I have learnt to work dispassionately about success or failure. If I constantly start thinking which of my shows will work and which will not, I will get stuck. I have stopped doing that. Luckily, I am doing so much work that I don’t have the time to cry over failures. Of course, failures at times affect you but you have to move on to the next project.

I consider myself to be a 95 per cent creative person and a five per cent business woman. It is my mother who handles the finances and we also have the CEOs for that. I am left to do my job and I spend my whole day doing creative things. I don’t sit on the business side. If I start thinking of saving money for each show, I will not be able to do my work. But then, I have a fair idea of what can be easily managed at Balaji.

In five years from now, I see our production house in a situation where it is finally well known for all kinds of contents—an eclectic mix put out by our company in various media—which will have various touch points for various people, which at some point will have a latent influence on the Indian mind.

(The author is the joint managing di­­­re­ctor of Balaji Telefilms. She has prod­uced 120 TV serials, 37 feature films and 22 web series in 23 years)