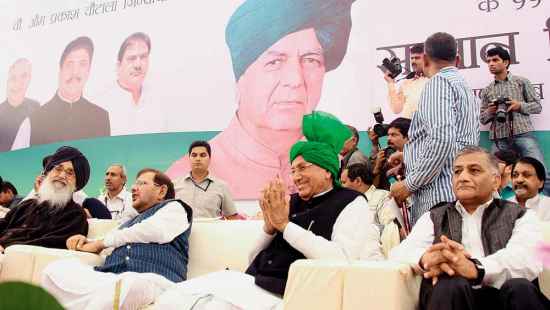 Former army chief General V.K. Singh’s life story right now can be divided into two parts—before and after retirement. If before the general was a soldier’s leader taking on the system, post-retirement he’s seen as a maverick on the warpath. For while most chiefs hang up their boots after retirement, maybe join a defence/corporate firm or think-tank, Gen V.K Singh has refused to sound the retreat. He’s been lending his weight to mass movements, making anti-establishment speeches and, even testing the political waters.

Men in the olive uniform believe that even after an officer retires, he carries a bit of the army with him. This belief is especially true in the case of retired army chiefs who are seen as carriers of the tradition. So the former general’s dabbling in various ‘causes’ is seen as a clear break from tradition. The general, of course, has his sympathisers, but there are now many who also question his conduct. First and foremost is the question: does it behove a former chief to invite criticism on a force which he served for 42 years? What does it say of a general who after years of service to the nation turns a trenchant critic of the system he was part of? Is Gen Singh at risk of losing the respect of his peers and juniors? Should he not be thankful the government has given him such a long rope? Will he only be remembered as the general who took on the establishment to get his birth date changed to get an extra year in office?

Former army chief General Shankar Roychowdhury told a TV channel recently that a chief, after he retires, should be very careful about what profession and activities he takes up. For if you enter politics, you don’t quite know which way you will be thrown.