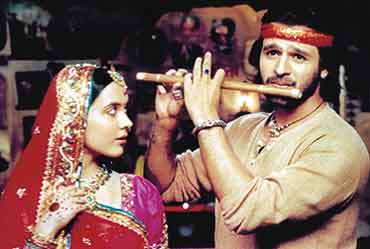 Ghai portrays the most idealistic time in the life of a nation, just before our independence in 1947. But the freedom struggle, its power and pains, make a mere cameo here. Somewhere the rising nationalistic fervour gets mixed up with villainy and the most idealistic individual in the entire story, ironically, turns...