Why are we still emulating colonial structures? Where are our starchitects? 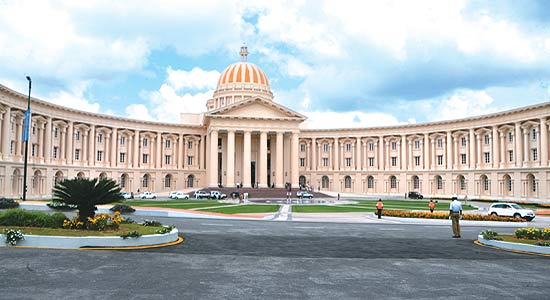 This September, two supposed marvels of institutional architecture were unveiled before the public. The first, in honour of the fast-approaching Commonwealth Games, was a Lutyens-style makeover—large white pillars and incongruous purple-black glass—for the Ajmeri Gate side of New Delhi railway station. The second was the spanking-new addition to the Infosys Mysore campus: the classical Greek architecture-inspired Global Education Centre-2 (GEC-2). Inaugurated by a radiant, admiring Sonia Gandhi who said she wouldn’t mind “bunking party politics” to study there, it was hyperbolically proclaimed by Infosys chief mentor Narayana Murthy to be “the largest monolith classical building of post-independent India”.

The GEC-2 might win the awe of its young executive trainees, and the New Delhi railway station the glancing attention (or dismay) of those hurrying through it, but these two buildings nevertheless throw up a few questions about the practice of institutional architecture in India. Is imitating the architecture of the past—including colonial styles intended to intimidate and subjugate us—really the way to engage a contemporary public? Why does institutional architecture in India invariably entail ransacking the past and reducing it to a bunch of carefully traced out columns and pediments? Is it possible to adapt historic references to modern uses in a responsible, low-impact manner?

All is not bleak in our urban skyline. There is, for instance, Charles Correa’s marvellous use of open spaces.

Consider the public architecture around us: imposing colonial railway stations, universities, hospitals, and museums. Then, the newer additions darkening the horizon: no less imposing office complexes and malls—those temples of consumption that double as public squares. The past gave us bossily grandiose Indo-Saracenic colonial confections, pre-Independence cinema halls and hotels with Art Deco ornaments, and the boxy utilitarian sarkari bhawans of ’50s Delhi. Then, there’s the internationally trained modernists who ‘made it new’ for us in the ’60s, giving us well-ventilated, geometric forms, free of the flourishes that expressed the ‘vanity of the ruling class’, as architect Achyut Kanvinde put it.

But how do we characterise buildings that contemporary India has given us—the New Galactic, as seen in the futuristic glass-and-steel gated palaces of IT companies, or the Histrionic Historic, represented by towering malls with imperial facades slapped on to their faces, as well as the GEC-2 and the New Delhi railway station? Or, in the same derivative spirit, the ethnic kitsch of Goa University and the Vikasa Soudha in Bangalore—a hotchpotch of styles that’s been dubbed ‘Indo-Dravidian’.

These buildings have one thing in common, says architect and researcher Himanshu Burte, “These are institutions that aren’t interested in engaging the individual. This is just architecture as a marketing strategy. It’s less about the functions inside; more about the surface impact of image.” That’s why these monuments look best when they’re emptied of people. “Architects rush to photograph buildings before they’ve been occupied,” observes architect and critic Gautam Bhatia, “so they can have remote, timeless photographs with no life inside or outside them.”

Infosys’s timeless photo-op was dreamed up by Bombay-based architect Hafeez Contractor, often described as “India’s busiest architect” and the “enfant terrible” of his profession. Contractor is also behind Infosys’s fantastical facilities in other cities, from Bangalore and Pune to far-flung Hangzhou. The inspirations for these appear to be derived from spaceships, Gruyere cheese, origami, pyramids and giant eggs.

The other option for the station was worse, says duac’s Ravindran. “They wanted to copy-paste the Postdamer Platz.”

Contractor staunchly defends this shape-shifting. “Every one of those shapes and forms is for a purpose. The spaceship form (of the Pune Infosys building) was for a purpose; the classical Greek form for GEC-2 was for a purpose. That’s why you’re talking to me: because this purpose was successful.” The ‘purpose’ of the GEC-2, with its colonnades, and a relief as dominating as the Acropolis, is patently clear to Contractor. “When people see the crescent-shaped building, the large plaza in front, the musical fountain, we want them to feel that education can transform everything; that it’s the most important thing in the world.”

Burte, on the other hand, considers Contractor’s attention-grabbing oeuvre ‘the Bollywoodisation of architecture’. “Contractor treats architecture as if it’s a film,” says Burte. “Sometimes he makes a period piece, or a thriller, or a sci-fi film. It’s not a broader vision for society, just a very theatrical effect; entertainment.” And that underlines the way architecture is increasingly being viewed in corporate culture: as towering, lasting press releases, blotting out the sky.

The GEC-2, to Burte, is a missed opportunity for Infosys to provide a counterpoint to the wasteful, power-guzzling, glass-faced cut-rate copies of Singaporean skyscrapers that have now become synonymous with IT sector buildings. “This overblown rhetoric is a letdown considering what we know to be Infosys’s progressive work culture, and their emphasis on a knowledge economy,” says Burte. “A low-impact, climate-sensitive, energy-efficient, sensible building; a vision of sustainable corporate living and working, would be commensurate with the image we have of them.”

Ravindra Kumar is part of the Bangalore firm that designed previous Infosys campuses, and he had mixed feelingsabout the GEC-2 when he saw it. “So far as the quality of its construction, landscape, facilities and cuisine goes, I say ‘Hats off’ to NRM (Murthy)!” Kumar says. “But when you bring in an architectural style that’s not rooted to the land or its context, but taken out from a kit of ancient parts, it becomes a pastiche. A fascination with ornamentation doesn’t necessarily complement the sensibility of an institution.”

This inordinate preference for ornamentation over utility is also why Delhi-based architect Abhimanyu Dalal is less than enamoured with the New Delhi railway station’s Lutyens-like facade. “Why does a building that’s supposed to support modern train travel go back 50 years for inspiration? It’s not like we’re going to have horse-drawn carriages draw up to them. There’s a total disconnect between facade and function. I don’t think the architects who design this are thinking people.” It’s hard not to agree if you’ve had a look at the “revamping”: dust is already caking the purplish glass front of the station, which casts a melancholy bluish light on the waiting passengers dwarfed beneath the towering pillars—looks straight out of a film set. 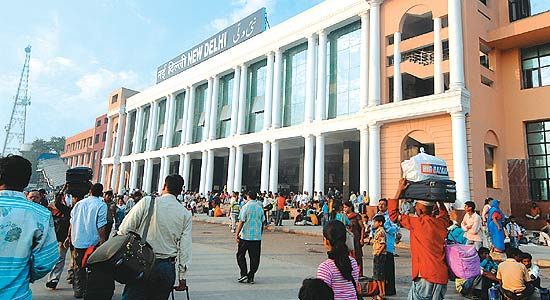 The original, much-vaunted Rs 5,000 crore plan to turn the station into a “world-class” one proposed by two Hong Kong-based firms and an Indian one was far worse, says K.T. Ravindran, head of the Delhi Urban Arts Commission. “It was the Postdamer Platz (station in Berlin) plan copy-pasted on to the New Delhi railway station,” recalls Ravindran, somewhat incredulously. “It had astonishingly little relevance to our context. It was unsustainable, an insult to this country.” When four separate subcommittees rejected the plans, the railway ministry hastily devised a plan B: “facade improvement”. 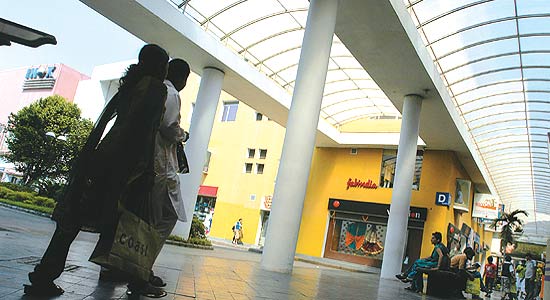 All is not bleak in the Indian skyline. There are some instances of public architecture which are quite comfortably inhabited by the public and the Indian elements: Bimal Patel’s elegantly laid out extension to Louis Kahn’s masterful IIM-Ahmedabad; Charles Correa’s Salt Lake City Centre and its marvelous use of open spaces; Ashok B. Lall’s innovative, low-impact Delhi headquarters for the NGO Development Alternatives. 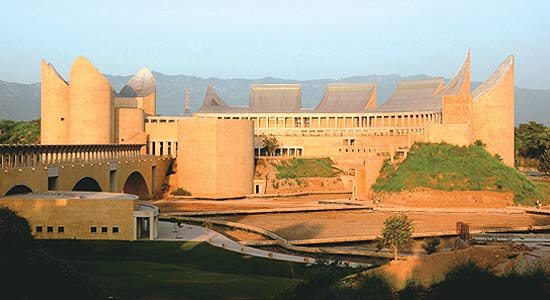 For the most part, though, our inability to develop our own architectural languages inspired by fast-changing contemporary realities leave the field wide open for internationally renowned ‘starchitects’ to conjure up ambitious projects; future icons of contemporary India. The Swiss Herzog and de Meuron—of the Bird’s Nest Stadium fame—will unveil a no-less-spectacular Kolkata Museum of Modern Art (KMOMA) next year. Another dramatic project, the Khalsa Memorial Museum, is taking shape in Anandpur Sahib. Its architect is Moshe Safdie—a former Louis Kahn student, known for his striking curved arrays of geometric patterns.

When will we evolve our own ‘starchitects’ and icon-makers? “When we stop being imitative and become inventive,” says Bhatia. “Right now, we see ourselves as second-rate; our approach is just to play catch-up to other cultures—the Chinese, the Europeans, or Lutyens. It’s about time we followed our own instincts.”