Like the fabrication behind ‘Pakistan Defence Day’, Bajwa’s solemn jeremiad about their good intentions is a bare-faced lie. Only a strategic shift can correct it. 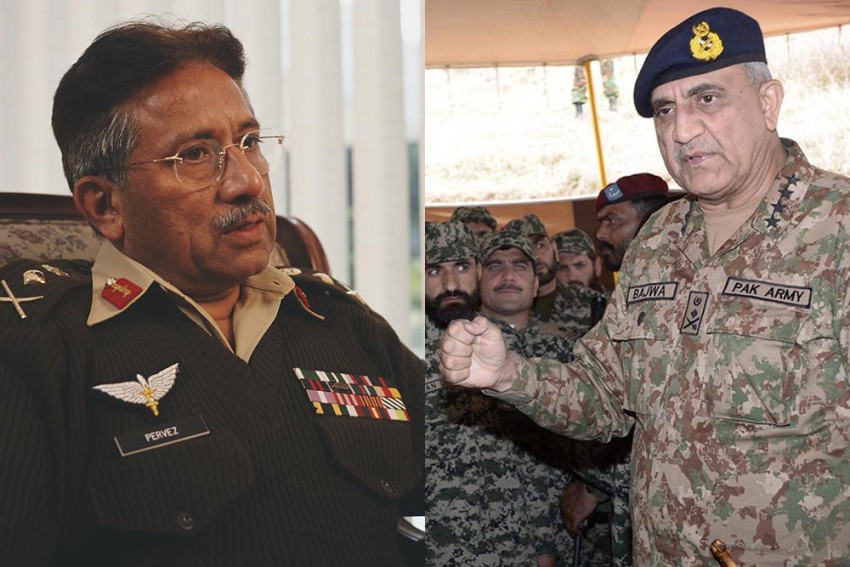 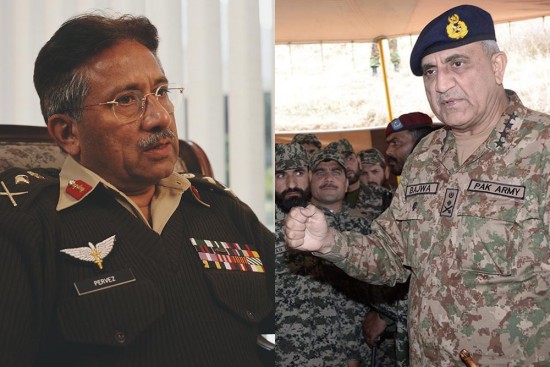 The report, in many Indian newspapers, of Pakistan Army Chief Qamar Javed Bajwa’s speech of September 6 to commemorate Pakistan Defence Day, was somewhat dist­orted. Several, basing themselves on a news agency report, noted that the Pakistan Army chief called for “political and diplomatic solutions” to resolve the Kashmir issue, which should be settled through dialogue and that permanent peace would benefit millions. Pakis­tan, however, would continue to extend “political, moral and diplomatic support” to the Kashmiris. This was given a positive spin, though in context they were merely old nostrums.

Bajwa was not pitching his remarks to India, but to his domestic audience, the United States of America and China, who in turn are focusing on Afghanistan.  President Trump’s charge that Paki­stan provided safe haven for terrorists clearly rankles. Rejecting allegations that Pakistan was selective in its counter-terrorism, Bajwa said that the Pakistan Army operations were targeting all groups. Adopting an air of injured innocence, which is quite past its ‘use by’ date even in Washington DC, he declared that Pakistan did not want aid, “but your [American] respect and confidence”, and that Islamabad’s efforts and sacrifices “needed to be acknowledged”. Now, said the general, “we are abiding by a policy that we will not allow our soil to be used against any country....”

There is not much new in Bajwa’s speech. It is worth recalling that following the Indian Army mobilisation in January 2002 in the wake of the attack on Parliament, President Pervez Mush­arraf, concurrently the Army chief, also spoke of the need to resolve the Kashmir issue through dialogue, declaring that Pakistan would not allow its territory to be used for terrorist activity anywhere in the world, even while extending “moral, political and diplomatic support to Kashmiris”.

In the ensuing period, Musharraf aided the Taliban to recover from its Afghan defeat and provided them sanctuary and weapons to fight the US and US-led troops in Afghanistan. This is a double-cross the US has not quite forgotten. Nearer home, there was no let-up in terrorist violence in J&K,  where 469 security personnel were killed in 2002 and 338 in 2003.

Trump’s inclination to fight it out in Afghanistan has upended Taliban, Pakistani and Chinese calculations.

Pakistan’s claim that all it does is to provide “political, moral and diplomatic” support to Kash­miris is a standard Pakistani template. In a quarter century of insurgency, they have sent across over 30,000 AK-47 type assault rifles, 15,000 pistols, light mac­hine guns, explosives and material that can equip a small army. They have trained thousands of Kashmiri and Pakistani insurgents, even while claiming that all they do is to back the “peaceful struggle of the Kashmiris for self-determination”.

In the case of Afghanistan, the long logistical trail of Taliban fighters to Pakistan can hardly be hidden. Yet it is Pakistan that has been the loser through its overreach. By backing jehadist elements, Islamabad has undermined the legitimacy of its own case in Jammu & Kashmir, just as it is unable to convince anyone that it has genuine stakes in promoting peace in Afghanistan.

There is little point in telling Bajwa that while India and Afghanistan have suffered from terrorists sheltered, funded and armed by Pak­­istan, his country only has itself to blame for the rise of terrorist violence at home. And the institution principally responsible for this is the Pakistan Army.

The Pakistan Army chief’s speech was as deceitful as the day it was meant to commemorate. The Def­ence of Pakistan Day is based on fake history, which claims that India attacked Pakistan on that day, triggering the India-Pakistan war of 1965. The facts are considerably at variance. At the beginning of August 1965, Pakistan sent tens of thousands of armed invaders into Jammu & Kashmir with the delusional hope that they would trigger a rebellion. When they were detected and rounded up in quick time, and India launched counter-infiltration operations, Pakistan sent in its regular army, spearhea­ded by two armoured regiments to cut the Jammu-Poonch highway. This attack took Indians by surprise and came within an ace of succeeding. Efforts by the UN for a ceasefire did not work and eventually, prime minister Lal Bahadur Shastri ord­ered Indian forces to cross the international border at Punjab towards Lahore on September 6.

It is this capacity for self-delusion, especially in relation to India, that marks out the Pakistani elite from those elsewhere. Bajwa claimed that the world community was aware of India’s ‘excesses’ in J&K, as well as its role in disintegrating Pakistan. “India’s plans,” he declared, “include openly supporting terrorists and usurping our water resources”. So, contrary to the record which is available for all to see, India is the one threatening Pakistan; as for the water theft, one doesn’t know what to say.

Though there are similarities, Musharraf and Bajwa’s mendacity, there are important differences. Unlike 2002-2007, the US is hanging on in Afghanistan by the skin of their teeth. Obama was ready to pull out, but President Trump’s inclination to fight it out has upended Taliban, Pakistani and, I dare say, Chinese calculations.

India’s best option is to adopt as forward a posture as it can in Afghanistan as long as the US is there.

China has been the big beneficiary of the US failure in Afghanistan. The US has done all the fighting, while China is hoping to reap the benefits, especially the lucrative mining contracts in Afghanistan. But Beijing must  square the circle on terrorism. On one hand, it denounces terrorism, as it did in the BRICS declaration of Sept­e­mber 4, calling out a slew of Islamist groups for fomenting violence, included three which are nurtured by the Pakistan Army. On the other, it criticises the Trump administration for escalating the conflict. Walking on the razor’s edge, they have begun a limited military commitment in Afghanistan by patrolling the Wakhan Corridor. If things slide in the AfPak region, the Chinese could be big losers, because of the terrorist threat to Xinjiang, as well as their ongoing investments in Pakistan.

There is, of course, an alternate future, but only if Pakistan makes that strategic shift—abandon the use of jehadi terrorism against India and Afghanistan. This would have a cascading effect on the economic and political future of the region. Military expenditure would come down, militias dismantled, road and rail traffic would open up and the CPEC could be int­egrated with India, Iran and Afghanistan, opening up the prospect for regional prosperity.

This is not as far-fetched as we may think it is. We saw a glimpse of it in the 2004-2007 period when Musharraf was ready for a deal on the status of J&K following a back-channel dialogue. Unfor­tunately, domestic issues, not related to Kashmir, derailed his plans. At the heart of the matter is the attitude if the Pakistan Army and its insecurities.

Unfortunately, for the present, we seem condemned to another round of the Great Game. In this, thanks to the Indian Army and our geography, Kashmir is a side-show. Given the circumstances, the best option for New Delhi is to adopt as forward a posture as it can afford to in Afgh­a­nistan, as long as the Americans are there. Pak­istan and China understand the logic of realpolitik and force. India may lack boots on ground, but it has important soft-power equities in the country which, to put it politely, detests Pakistan.

Path Yet To Take A Turn