Is the glorification of khichdi another way of celebrating the first anniversary of demonetisation? 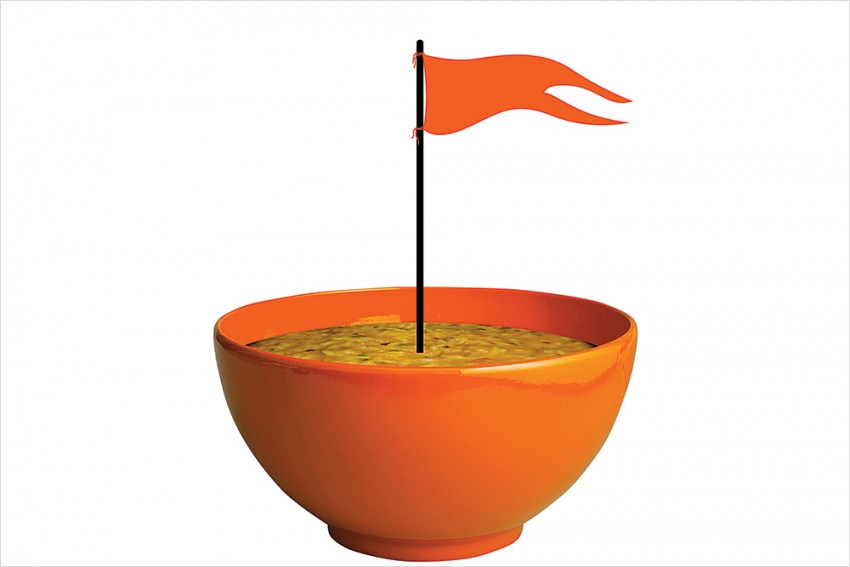 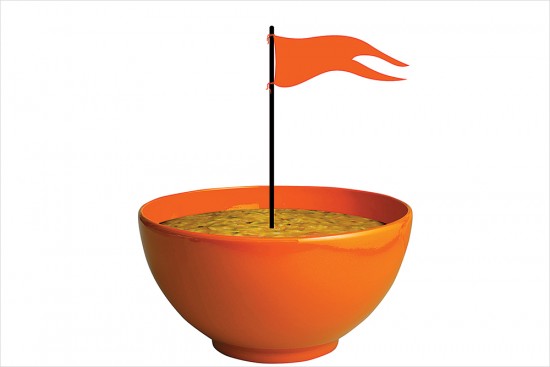 I always knew this. Now, it is out in the open. The self-appointed upholders of Bharatiya culture are sick in the stomach, so sick that they can only have khi­chdi. Who else but a sick person would say khichdi is great? It is like saying lime tea is the greatest Indian drink. Sure, some people have khichdi when they have a running stomach, but most of us, proud citizens of India that is Bharat, have reasonably good digestion. As a Malayali, I need around 25 dishes to call a reasonably good vegetarian meal great. We call this a sadya. And when we offer a sadya to our good Lord Parthasarathy at Aranmula, the number of dishes goes up to 64. Can a khichdi-eater even visualise a banana leaf with parippu, sambar, payasams of many hues, moru and rasam coming one after another, while a world of side dishes remain all around with rice in the middle of the leaf? No way. A sadya would be as incomprehensible to the sick khichdi-eater as our beautiful national song Vande Mataram is to that party spokesperson who turned pulakita yaminim into Pulkistan, some sort of a homeland of the hot-headed. Many Indian languages have more Samskritam in them than Hindi, but in their haste to impose khichdi and Hindi, the angry custodians of sanskar slip badly into the drain hole of Pulkistan. Hindi-speakers find it difficult to pronounce consonants rounded off with vowels, so Bharatiya Janata Party bec­omes Bhartiy Janta Party. As we travel further north towards Kashmir, there is a greater friction between consonants with lesser lubrication by the vowels. All these diverse beautiful sounds and sights make this nation. But the problem arises when some people with very limited literacy in their own areas of expertise and negligible exposure to other Ind­ian languages and traditions claim to be custodians of everything Indian.

If you argue that sadya is not a regular meal but a feast, then what needs to be showcased to the world at the India Gate on World Food Day is dosa. This is the true national dish: the Indian answer to the pizza, burger and all the breads of the world. There isn’t a more versatile bread than dosa. It comes in the simplest form of set dosa or kal dosa and it soars into the horizon of heavenly dishes: paper roast, ghee roast and masala ones are de rigueur. There is akki roti in Coorg, neer dosa in Mangalore and ari pathiri in Kozhikode. Then there is paneer dosa for the Punjabi palate and egg and keema dosa for the non-vegetarians. There isn’t a curry that does not go with dosa: pair it with just coconut or small onion chutney or chutney powder and oil, with sambar or any vegetarian curry or with beef roast, mutton fry or fish curry. Dosa is universal. And in its perfect, white roundedness there is a lot of peace and simplicity as in an ordinary Indian story and a lot of holes as in an Indian pocket. Or is the glorification of khichdi another way of celebrating the first anniversary of demonetisation? Does it imply that we are all sick and that we need to watch what we eat? Still I would argue that curd rice is simpler, tastier and health­ier than khichdi, particularly when you are sick.

The great historian Irfan Habib once remarked about people like Arundhati Roy using today’s “un-wisdom” to judge Gandhi. The Rich Liberals really don’t matter in our lives. But the “un-wisdom” of the Ruling Right is often a matter of life and death.

On Home Turf, A Party That Can’t ­Afford To Lose