Charulata is 50. Its luminous lead pair talk about the classic and its visionary director. 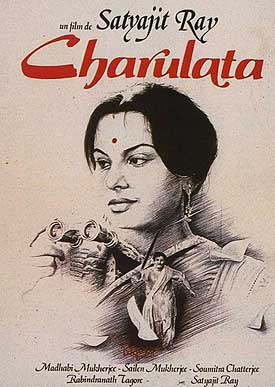 The scene: 11 in the morning on a September Sunday at Soumitra Chatterjee’s house in Calcutta’s Golf Green. The 80-year-old actor steps into the living room in a pair of track pants and a sweatshirt. Sunlight streams in through low wood-framed glass-windows of the one-storey bungalow, itself framed in foliage and creepers, and catches a happy glint in his eyes. “Yes, it’s a precious moment,” he smiles, agreeing that the impending meeting will recreate a certain magic. Though a little tired (Soumitra was diagnosed with cancer four years back but follows a ­hectic schedule­—acting in films and theatre, attending seminars, writing and reading), five decades have not stolen the spring in Amal’s step.

After all, he will be meeting Charulata, half a century after the actors stepped out of their characters on the sets of an iconic film. “Not that we have not met each other in between,” Soumitra says during the drive to Madhabi Mukherjee’s house in Lake Gardens. “We often see each other at common frie­nds’ homes....” Soumitra played Amal to Madhabi’s Charu in Satyajit Ray’s 1964 masterpiece Charulata, based on Rabindranath Tag­ore’s short story Noshtonir.