Focussing on citizens’ behaviour and ­segregation at source brings results 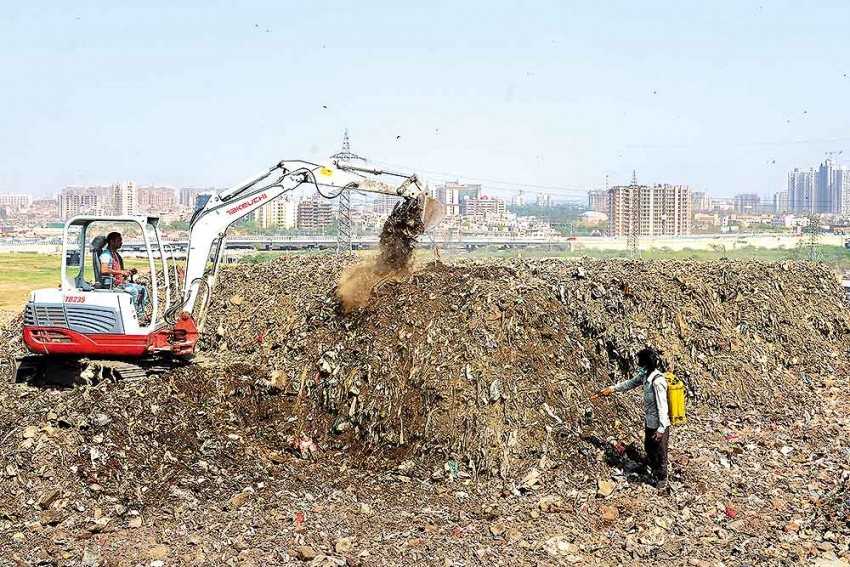 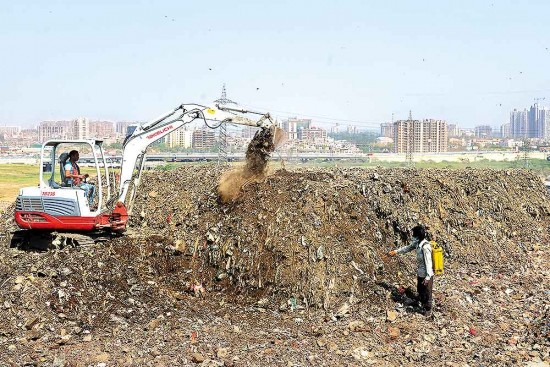 India doesn’t know how to manage its waste. The solid waste management (SWM) rules notified in 2016 clearly spell out how best to segregate and manage urban solid waste at the source to ensure minimum dumping in landfills. But hardly any municipalities have bothered to enforce these rules, and the urban waste crisis in many cities has reached “explosive” dimensions. “The simple task of enforcing segregation of waste at the source, a standard practice in much of Europe, has become a very complex problem in India. There is a need to transform social behaviour towards waste. There is also a need to push civic and regulatory systems out of their inertia. Or we will only burden future generations with the toxic impacts of our waste,” says Leo Saldanha of Environment Support Group.

India produces over 1.5 lakh metric tonnes of waste daily, one of the highest in the world. Waste generation per capita varies from 170 grams per person per day in small towns to 600 grams in cities. A parliamentary committee observed in 2016 that out of all municipal solid waste (MSW) generated in the country, only 0.33 lakh tonnes were being treated and disposed per day. “Waste is a circular economy. The key to this circular economy is to not talk of waste disposal but waste management,” says Wilma Rodriques of Bangalore-based NGO Saahas, which has been striving to promote zero waste.

Saahas is among a growing number of NGOs in Bangalore that are promoting on-site composting and waste segregation. Rodriques says the effort is to formalise the informal sector engaged in waste segregation and provide the field staff with a minimum wage of Rs 15,000. “There is a need to recognise this as a professional service,” she says. After segregation, all the waste is sent to different authorised end destinations. Every process is monitored and the data is maintained. While high-value waste goes for recycling, low-value waste is sent to cement factories for co-processing, for use as a fuel along with coal. Though the organised recycling sector and composting of organic waste is still tiny, Saldanha estimates that around 1,000 tonnes of waste are usefully treated in Bangalore each day.

Sadly, in almost every city, the movement of waste from ric­her localities to poorer ones, and from urban to rural areas, is yet to stop. Even the new SWM rules have failed to outlaw this. Gopal Krishna, editor of ToxicsWatch Alliance, laments that, although India has committed to reducing emissions, the government plans to promote waste incineration-based thermal power plants. “The government position on SWM, particularly waste-to-energy, is totally unscientific and is against the cardinal principles of waste management. How can anybody in his scientific senses transform nutrients into pollutants, as the waste-to-energy plants emit greenhouse gases besides persistent organic pollutants and heavy metals?” asks Krishna.

“There is ­propaganda to push for more waste-to-energy plants, which is contradictory to the kind of waste our cities are producing.”

A white paper on pollution from the environment ministry states, “Thermal treatment methods such as incineration … are not feasible due to the low heat value of the municipal solid waste”. Yet, NITI Aayog has posited setting up waste-to-ene­rgy plants in all 100 of the proposed smart cities. “In most of the places where these plants have been set up, they are working far below capacity. Nobody is talking about the economics of it or the environmental impact of incinerating waste,” says Satish Sinha, associate director, Toxics Link. Most waste-to-­energy plants set up under public-private partnerships have got government subsidies and none are commercially viable. “If you look at the composition of urban waste, around 50–60 per cent is organic waste, about 15–20 per cent is dry recyclable material, and the remainder is inert waste. Going by the composition...most of it can go for composting or producing biogas, but definitely not waste-to-energy plants. There is, however, propaganda to push for setting up more waste-to-energy plants, which is contradictory to the kind of waste our cities are generating,” says Swati Singh Sambyal, an SWM expert at the Centre for Science and Environment.

Sambyal points to a study by the Shri Ram Institute of Industrial Research on the composition of South Delhi waste. It found that the calorific value of the waste was not more than 1200 Kcal/kg to 1300 Kcal/kg; the international standard for waste-to-energy plants is 1700 Kcal/kg (due to the nature of items disposed in higher-income countries). Given its environmental and health impact, the parliamentary committee had fav­oured looking at other options for handling MSW. Suresh Jain of TERI School of Advanced Studies points out that many of the global best practices, like using environmentally sound technologies for efficient recycling of e-waste, and ­imposing a fee for generating waste, could make a difference.

There are also several case studies of waste management in India that could serve as a guide. These include Ambikapur in Chhattisgarh, Muzaffarpur in Bihar, Alappuzha in Kerala, Panaji in Goa, Mysore in Karnataka, Suryapet in Telangana and Bobbili in Andhra Pradesh, among others which have invested in resource recovery from waste, points out Sambyal, based on CSE’s survey of practices in different cities. Most of these cities offer incentives to collect segregated waste and recover res­ources. They work on the principle that, unless you segregate at the source, the money and effort needed will go up.

Environmental activist Almitra Patel, whose 1996 PIL in the Supreme Court against open dumping of MSW was instrumental in the drafting of the SWM rules, recalls that until the 1970s, before the advent of plastic/ polythene bags, Indian cities never had a problem with their urban waste—because farmers would fight to get kitchen waste from city bins for composting on their farms. This practice of farmers collecting urban waste/ compost continues in some parts of the country including areas of Pune, Panaji and Bangalore, where citizens are undertaking composting of segregated organic waste. In Pune and Sholapur, you can see farmers queuing up to collect segregated organic compost from colonies. The compost is used for growing vegetables, and the residents get to buy quality produce directly from the farmers.

Where dry waste is not segregated before compositing or processing, farmers are unwilling to take it, as seen in many municipalities. This is because they fear contamination from mixed-waste compost, observes Patel, who is a member of the Supreme Court Committee for Solid Waste Management.

Besides segregation at source, Patel favours bio-stabilisation of biodegradable waste at landfills, which is among the proposals in the 2016 rules. “It is very easy for every city. Instead of unloading their waste trucks in an anaerobic mountain of waste where lack of oxygen makes for polluting and combustible gases, the municipalities could unload it in 2-metre-high windrows [like rows of cut hay that are then baled] as long as they have space for. This would help enough air to get into the waste. When sprayed with bioculture, and turned weekly, it would reduce the greenhouse gas emissions, reduce the odour and help reduce the waste volume by as much as 40 per cent, even in mixed waste. Within a month you would have fully stabilised biodegradable waste that will not attract flies or release methane. It will become like the soil on the forest floor.”

One such 7-week pilot project using bioremediation methods is being carried out at Ghazipur in Delhi by Raagini Jain of Geetanjali Envirotech. Jain’s team is creating windrows daily using 100 tones of old waste and 100 tonnes of new waste, and sprinkling them with her patented biomediation culture. The project is expected to not just reduce the toxic waste height but also remove the toxic chemical odour and fire hazard, which are frequent and constant features at landfills.

As with most regulations, MSW management requires good leadership. This has been borne out over the years in cities like Suryapet, Warangal and Vengurla, where ­sincere commissioners followed the SWM rules in letter and spirit to bring about transformation—including transformation in the social behaviour of citizens. This must spread to the rest of the country.

Clean Up After Yourselves