The Ring Of Power 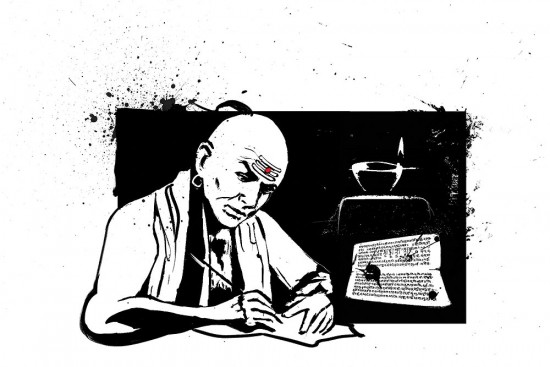 At the Mysore library, now known as the Oriental Research Institute, the Arthashastra is presented like a sumptuous dish, or a holy icon, on a plate bedecked with fresh flowers. Their scent mixes with the smell of citronella oil, which the library uses to preserve its store of palm-leaf manuscripts. The pages are held together by a single length of string, and filled with the beautifully precise letters of the 1,500-year-old Grantha script. They alm­ost look as if they have been printed, but the words have all been ­meticulously inscribed by hand.

This manuscript would have been produced more than a thousand years after the Arthashastra was first composed. The original author is thought to have been Kautilya or Chanakya. Some have argued that he was the minister of Chandragupta, who, in the fourth century BC, laid the foundations of the Mauryan empire, India’s first, and for a long time, its largest, imperium. Although the manuscript would be forgotten, Kautilya or Chanakya became the subject of stories and legends.