Just A Head To Roll?

Is Rajat Gupta all bad? Friends and ex-colleagues are divided on the former McKinsey boss. 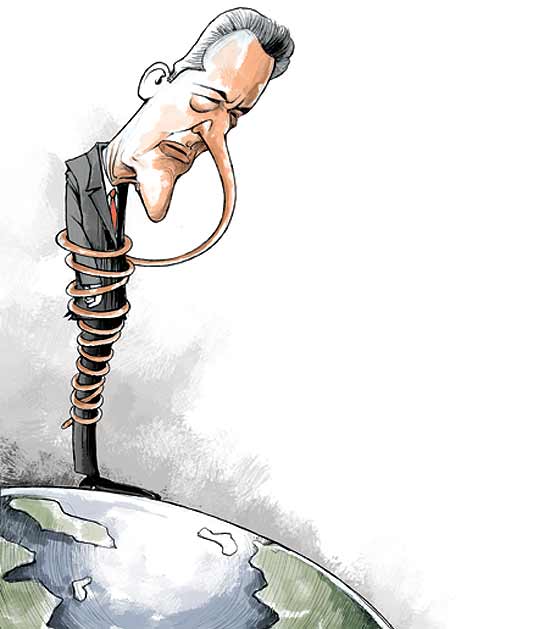 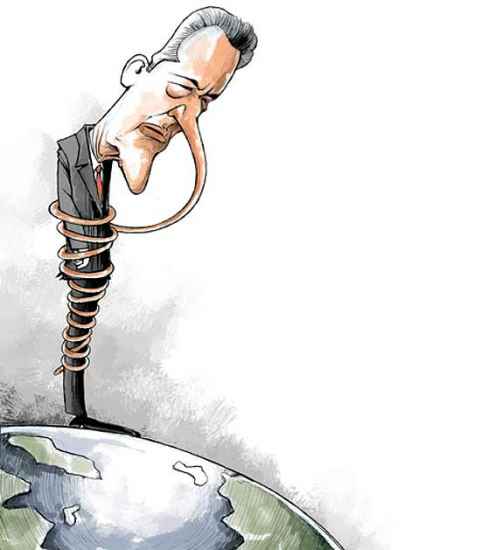 Even if you have devoured every word written on Rajat Gupta in the last few months, one question never quite goes away: Why did a man who spent a lifetime building up a reputation for unshakeable integrity throw it away so recklessly, by passing on boardroom secrets to a hedge fund billionaire?

But though I try to ask it every which way, I can’t get his former McKinsey colleague and good friend Pramath Raj Sinha to answer it. The closest we come to discussing Gupta’s thought processes is when he says, sombrely: “When he left McKinsey in 2007, Rajat wanted to retire, spend more time with his family, and spend more time in India. He asked me to find him a yoga teacher and a Sanskrit teacher. But ten people wanted a piece of him, there were multiple offers from company boards and entrepreneurs. It’s tragic, had he truly been able to retire, this wouldn’t have happened.”

The points Sinha does want to make, over two long conversations, are: yes, Gupta did make “a big mistake”, but painting him as a man consumed by greed is “utter crap”; two, there are significant gaps in the evidence against him, so it is “not fair to portray him as a criminal”; three, Rajat Gupta has been indicted to send out a strong message about “fixing” corporate America, against the backdrop of the anti-Wall Street protests. He says emphatically: “They are using his visibility and stature to make a point to corporate America.”

“He was arrested to send corporate America a strong message. His stature has been used to make a point.”
Pramath Raj Sinha, Former dean, ISB

Surprised to hear these words from the founding dean of the Indian School of Business (ISB), about a man indicted for insider trading? Well, Sinha is not alone in speaking up for this defrocked cardinal of the corporate world. In recent days, a major politician, Digvijay Singh, has tweeted in his support—(“Rajat Gupta our Icon arrested. I am sure he would prove his innocence. I am his admirer”)—and a senior corporate figure, T.V. Mohandas Pai, has defended Gupta on national television (“He made an error of judgement. I can’t say he did it with criminal intent to make money.”).

Even those who do not defend Gupta raise questions about his case. “I take the charges against him very seriously, he should be punished if found guilty,” says columnist Santosh Desai. “But there is a disturbing selectivity here. Who has gone behind bars for the systemic failures that have rocked Wall Street, like the subprime mortgage crisis?”

Many, too, make sure they mention Gupta’s role as an institution-builder (he was the driving force behind the ISB and the Public Health Foundation of India), in the very breath that they speak of his indictment. Isn’t it hard to remember Gupta’s good deeds after he’s been charged with a major crime, a gentler-than-usual Karan Thapar asked Vikram Mehta, the chairman of Shell India, who had made a point of referring to them. “Those are facts,” said Mehta. “You can’t deny those facts, whereas everything else is circumstantial as of now.”

It seems, says social anthropologist Shiv Visvanathan, that Indians—the opinion-makers, at any rate—are still holding on to the idea of Gupta as an almost statesman-like figure and benefactor. “His arrest,” he observes, “is being treated as an unfortunate celestial occurrence rather than a first-rate scandal.” Even the media, he points out, has, apart from a few theatrics, been “immaculate in its restraint”.

“No one wants to associate with someone who has such a stigma over him, that is normal human behaviour.”
Vivek Wadhwa, Pratt School of Engg, Duke Univ.

The irony is that while India seems to be claiming as its own a man who left four decades ago to make a life in America, Indians in the US are distancing themselves from Gupta. The insecurity and survivalist ethic of an immigrant community that fears being tarred with the same brush as a perceived black sheep is palpably expressing itself.

As the first person of Indian origin to head a major global firm—and not just any firm, but McKinsey—as a member of blue-chip boards, and a man who rubbed shoulders with world leaders, Gupta was treated with deference by the Indian-American community. His star power only increased when he assumed the coveted role of chairman of the US India Business Council (USIBC). It helped that he was soft-spoken and approachable.

Navneet Chugh, a California attorney, and one of the few to express support for Gupta after his Diwali-day indictment, recalls that at one point he was on the board of 17 organisations. “We used to wonder how he found the time, but he would go out of his way to help all of them. And he always helped with stuff that no one else could do.”

Today, however, those who often shared the stage with Gupta and were once quick to relate flattering personal anecdotes about him, describe him as no more than an “acquaintance”. Most of his friends and former colleagues at the USIBC declined to speak to Outlook. One-time friends who did speak, on condition of anonymity, complained about “his tendency to hog the limelight”. With the benefit of hindsight, they recalled: “He would refuse to participate in events if he wasn’t front and centre.”

Says Vivek Wadhwa, an adjunct professor at the Pratt School of Engineering at Duke University, “No one wants to associate with someone who has such a stigma hanging over him, that is normal human behaviour.”

Kanwal Rekhi, a California-based venture capitalist and a friend of Gupta’s for 20 years, said in an interview some time ago with Forbes India magazine: “How do you start a conversation with him? Do you say you’re sorry this happened or do you say, son-of-a-bitch, look what you did?”

“He is certainly not evil. The good he has done should not be wiped out because of these revelations.”
Madhav Chavan, Head, Pratham

It’s unlikely that anyone in India will call Gupta a son-of-a-bitch. Rather than feeling tainted by their association with a man whose reputation is unlikely to recover, no matter how his case ends, organisations he was involved with are keen to acknowledge his contributions.

Says Madhav Chavan, head of education NGO Pratham, with which Gupta was associated for several years: “He’s certainly not evil. The good he has done should not be wiped out because of these revelations.” Ashok Alexander, his former McKinsey colleague, who heads the Bill and Melinda Gates Foundation’s India initiative, speaks eloquently of Gupta’s “genius for visualising institutions that didn’t exist and creating them through seemingly impossible partnerships between disparate entities”. He says, “He did it for no other reason than altruism.”

Ironically, Sinha gives credit to Gupta’s vision for the fact that the ISB goes on, unscathed by his unravelling fortunes. “It was not his school,” he says, “he created a broad ownership of it. The board is resilient; despite a member being in trouble, the school goes on.”

Perhaps, yes. But the students who drank in every word of Gupta’s convocation speeches, laden with verses from the Bhagvad Gita, and pondered over his philosophical insights, still have to grapple with those haunting questions that never quite go away. Says an ISB alumnus of the batch of 2008, who did not want to be named, “He spoke, recurrently, of choosing the right path instead of the easy one. It’s hard to cor-relate those inspiring words with everything that’s happened this year. One does wonder, what went wrong?”

Haunting questions, too, for those who went to business schools across India in the mid-’90s and dreamt, one day, of becoming a Rajat Gupta. Says Gaurav Lahiri, managing director, Hay Group, India, “Maybe the role models are different these days, but in my time, it was unquestionably him. The narrative of his rising from adversity and making it to the top of a blue-blooded place like McKinsey, which did not even recruit at my campus, XLRI, was hugely inspiring. It was inspiring not just that he got in, but was rejected before he got in.”

Once, Lahiri confesses, he spotted Gupta at an airport, and summoned up the courage to go up to him and say, “I hope I can be like you some day,” to which Gupta smiled briefly and said, “Good, good.” Today, this senior consultant worries about how the Rajat Gupta story will impact the Indian professional brand. “Will people look at us and wonder, are there wheels within wheels?”