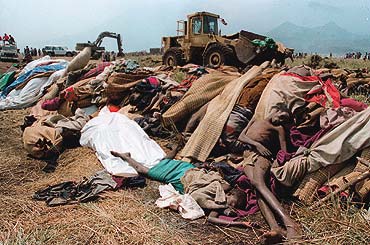 "The investigations undertaken have clearly shown that for the RPF, the physical elimination of President Juvenal Habyarimana was the necessary precondition for seizing power by force, and was inscribed in a vast plan worked out to this end," reads the indictment. "The final order...was given by Paul Kagame himself in a meeting held in Mulundi on March 31, 1994."