MIDNIGHT'S Child came of age in India in a strange world 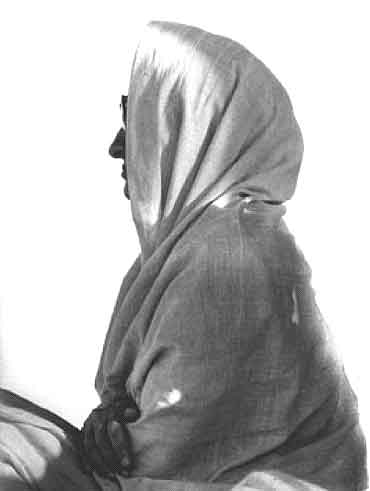 MIDNIGHT'S Child came of age in India in a strange world. A world where people in America were showering napalm on Vietnam but other people were protesting on campuses expressing solidarity with the Vietnamese. A world where France's richest students were clogging up streets demonstrating against poverty and oppression. A world where millions of young people could be mobilised by an armed force in China, under the leadership of a gerontocracy, to "bombard the headquarters".

In India itself, there was a shortage of food. The famine in Bihar had brought home the ugly reality of the "ship-to-mouth" existence and the one-day-a-week cereal-less meal advocated by Lal Bahadur Shastri had already become mere symbolism under Indira Gandhi. Salman Rushdie would later talk of Miss Iron Pants in Pakistan. India was already living with her. During the period characterised as May '68, the nth French Revolution, the radical upsurge in Latin America, the Great Proletarian Cultural Revolution in China, Midnight's Child in India was still living in darkness. It thought the darkness was caused by a tunnel: there would be an end to it.

Midnight's Child had to live with, and live out, illusions. The great Garibi Hatao campaign launched by Indira was politically correct, but it was also a fraud in all respects. The abolition of privy purses was symbolic in the comical realm of political theatre; nationalisation of banks was tragic in the area of political economy. And yet, the drum-beaters who could not distinguish between symbol and substance celebrated both. And we, the people of India, who had adopted, enacted and given to ourselves the world's longest written Constitution, were nevertheless fooled into giving a massive mandate to a mother doting over her spoilt offspring.

Some protested. In a country of hundreds of millions, several thousands became 'Naxalites'. It did not matter that they were the best and the brightest; in a country that had condemned itself to living in a political twilight, they were no more irritating than bats hanging upside down. The System congratulated itself for dealing with this temporary inconvenience. Flouting the rule of law was a small price to pay for stifling the voice of idealism. In this age of decon-struction, there are purr words and snarl words and if the purr word is democracy (albeit thoroughly subverted), the snarl words are "Naxalites", "extremists", et al. Those who can, try to do. Those who can't, sneer. At the end of the '60s, realpolitik triumphed over politics in India.

The '70s saw the total subversion of even electoral democracy—to begin with under S.S. Ray in West Bengal and then, under his able guidance, in India itself. Rigging a verdict in West Bengal was, of course, different from declaration of Emergency at the Centre but the mode was similar.

In between a lot happened. There were positive things too but they were not allowed to turn either into philosophical goodness or even sophisticated statecraft. The Green Revolution freed India of dependence on the West for food; but the surpluses so created were hoarded, rotted or became the food of rodents. The victory in the Bangladesh war ended in Marwari businessmen moving in and quickly losing whatever goodwill the army had gained. Even the Pokharan explosion was muffled under the cries against corruption, first the Nav Nirman movement in Gujarat and then the inappropriately titled Total Revolution in Bihar which was to culminate in Laloo Yadav and Rabri Devi. It was a decade of missed opportunities, or of opportunities shamelessly privatised out of the public realm as democracy and republicanism were sentenced to slow deaths.

The Emergency of 1975 is now but a remote memory. The imprisoned leaders were released soon enough, some to become ministers, others successful lawyers arguing on behalf of the communal and the corrupt. The fact is that during that period iron entered the soul not only of Indira and her brat Sanjay but also of the teachers who had to falsify figures of those they had 'motivated' with the lure of transistor radios for vasectomy; of the petty bureaucrats who extracted obedience from a traditionally unruly populace; of those who gave in, thinking that discretion is the better part of valour and rationalising that it is better to live and fight another day.

Then came the decompression of the Janata regime, ineffectual, characterised by infighting—India reasserting itself! The ludicrous Raj Narain and Charan Singh, the weathercock George Fernandes, the ridiculous Morarji Desai, the too-clever-by-half Indira-Sanjay duo, the outdated H.N. Bahuguna and the sad figure of the once idealistic Jayaprakash Narayan, helplessly lying in bed—all are figures of an India preparing for brazen corruption, brutal assassination of a prime minister and an ex-prime minister, ethnic strife and political cynicism. The successful prepared to secede; the yuppies polished their boots to vote against India with their feet.

The world too had changed. Neil Armstrong's "small step for a man, giant step for mankind" was lunar melodrama. The Beatles were over, Bob Dylan and Joan Baez had tired voices. It was a strange world where Vietnam won the war but lost the peace; where the Great Proletarian Cultural Revolution led to the institutionalisation of market socialism; where the land of the free witnessed Watergate; where a superpower was willing itself to self-destruct. It was a strange world where globalism was expressing itself through the idiot box and morality was being readied to be martyred in the marketplace. That decade was one long twilight.

In India, the decade that started with a bewildered idealism ended with the cremation of the national purpose. The Gandhi centenary in '69 had seen horrendous communal conflagrations in Gujarat. Ten years later, the country was witnessing the phenomenon of "Harijan hunting". And the few who were still protesting had been firmly marginalised. The callousing of the national conscience was complete.

The Rites Of Passage